Why are you shouting? I’m not, it’s just how they stylise the show’s title, with an exclamation mark, it’s a Japanese thing, they do it a lot.

Fair enough, what’s it about? It’s another in the informal genre of shows ‘cute girls doing cute things’.

What cute thing are these cute girls they doing then? Designing video games. 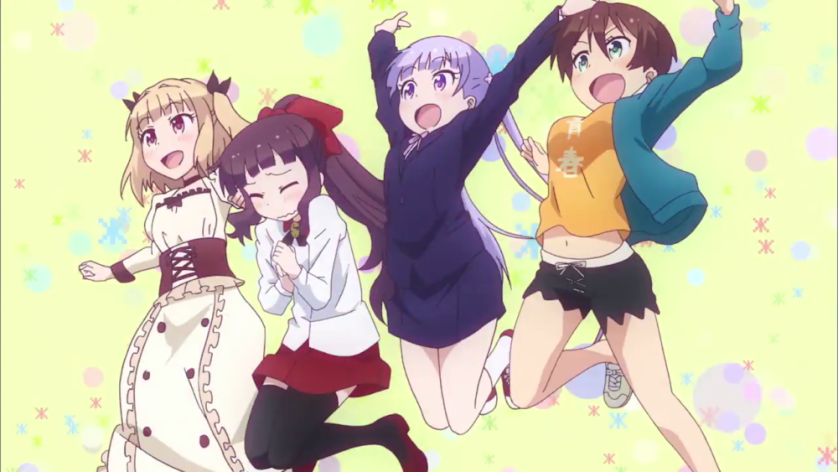 Not usually the first thing I think of when ‘cute things’ comes to mind. Do they at least do it cutely? Absolutely! I mean just look at their faces! Kawaii!

And do they design video games in their spare time after school? No, it’s their job; they work for an all female video game company called ‘Eagle Jump’.

Wait, okay. How old are these girls supposed to be? Well, Suzukaze Aoba is the protagonist; she’s a new hire out of high school and is 18 years old. The oldest staff member whose age we know about is Yagimi Ko and she’s 25. 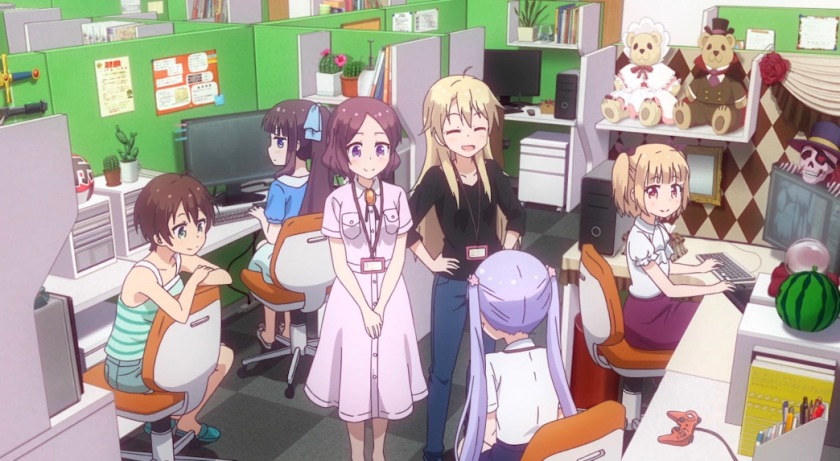 Well I admit that’s a pleasant change from the usual anime trope of everyone being high school age but they certainly don’t look it! She get’s that a lot, poor Aoba.

Fine, that out of the way, what’s the show actually about; it’s not just watching cute girls designing a video game, is it? Well…

It is?! Okay, first of all, it’s a ‘slice of life’ anime; so don’t start judging it by normal narrative standards. It’s kind of like if ‘The Office’ was an anime, and everyone liked each other, and there was no real conflict except overcoming minor misunderstandings. Also did I mention cute girls? Fine, I’ll concede it’s a ‘slice of life’ so its structure is different to that of other anime. So why should I watch it? And don’t you dare say ‘cute girls’! Er, um… adorable females? Listen, ‘slice of life’ is a hard sell for those uninitiated with the genre. The characters are all splendid and likeable, even the shrill best friend character grows to be endearing by the end. And it goes into the inner workings of the art department on a JRPG (Japanese Role Playing Game), and those parts seem accurate and well researched. Plus it gives an idea about how much work goes into even the smallest details of large video game projects.

A niche genre anime about making niche genre video games? It’s like a nerd turducken. A nerducken! Come on, you gotta admit that was good, high-five! What is this, the Big Bang Theory? Ugh. [Gives begrudging high five]

Who is ‘best girl’? Takimoto Hifumi, she’s so shy and reserved and she’s got a pet hedgehog and *SQUEE*! 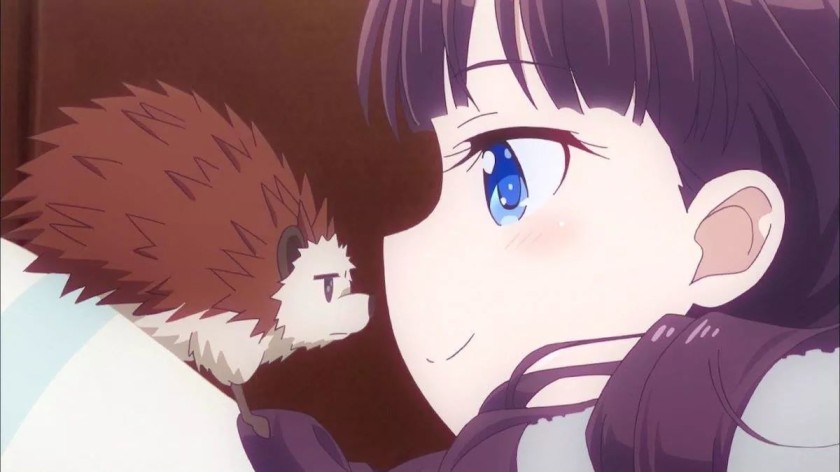 Did you seriously just ‘squee’? I can’t help it; I’ve got a seriously problem. And the only prescription? More cute girls!

Why are you shouting again? I’m not, that’s what the second season is called. See, the two exclamation marks differentiate it from the first season’s title.

A show can’t succeed on ‘cuteness’ alone, so say something negative about the show. There’s never the sense that things could go wrong, at least not catastrophically. The issues that crop up from time to time for the characters are very minor, but that is something that’s not unique to this show and runs along many ‘slice of life’ shows. But at the same time it’s not meant to be challenging or overwrought, it’s meant to be light and relaxing, the fact that it can be that and entertaining is a testament to the show’s writing and style. It’s a show about positivity and hard work and friendship and that’s something that this world needs a lot more of if you ask me. 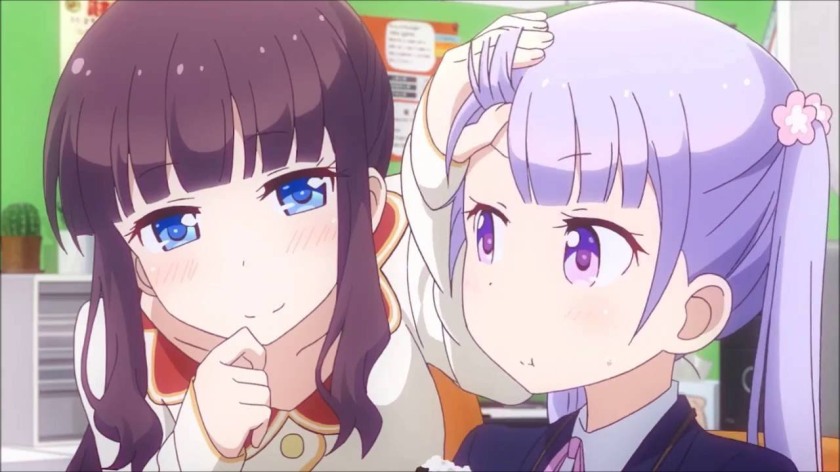 Final score? Highly recommended for anyone who wants to just relax and enjoy themselves with some thoroughly non-threatening soft comedy and endearingly adorable characters. This is a ‘game’ worth ‘playing’, 86 out of 100.