A 20 Question Manga Review for The Elder Sister Like One Volume 1.

What’s the manga? The Elder Sister Like One, Volume 1.

Oh no, ‘sister’? Are we in siscon territory again? Eehh~ not exactly.

What do you mean by “not exactly”? Well, if you’d have asked me what it was about instead of going straight into judgmental mode maybe you’d have found out by now!

Fine… what’s it about? It’s about an introverted 14-year-old orphan boy by the name of Yuu, who after being bounced from various unreceptive and plain cruel relatives ends up with a distant uncle who only has one rule, ‘don’t go into my studio’. After his uncle is hospitalised with a heart-attack, Yuu ventures into the studio to look for his insurance information and discovers a gorgeous and voluptuous woman who he quickly discovers is actually the Eldritch deity Shub-Niggurath or ‘The Black Goat of the Woods with A Thousand Young’! 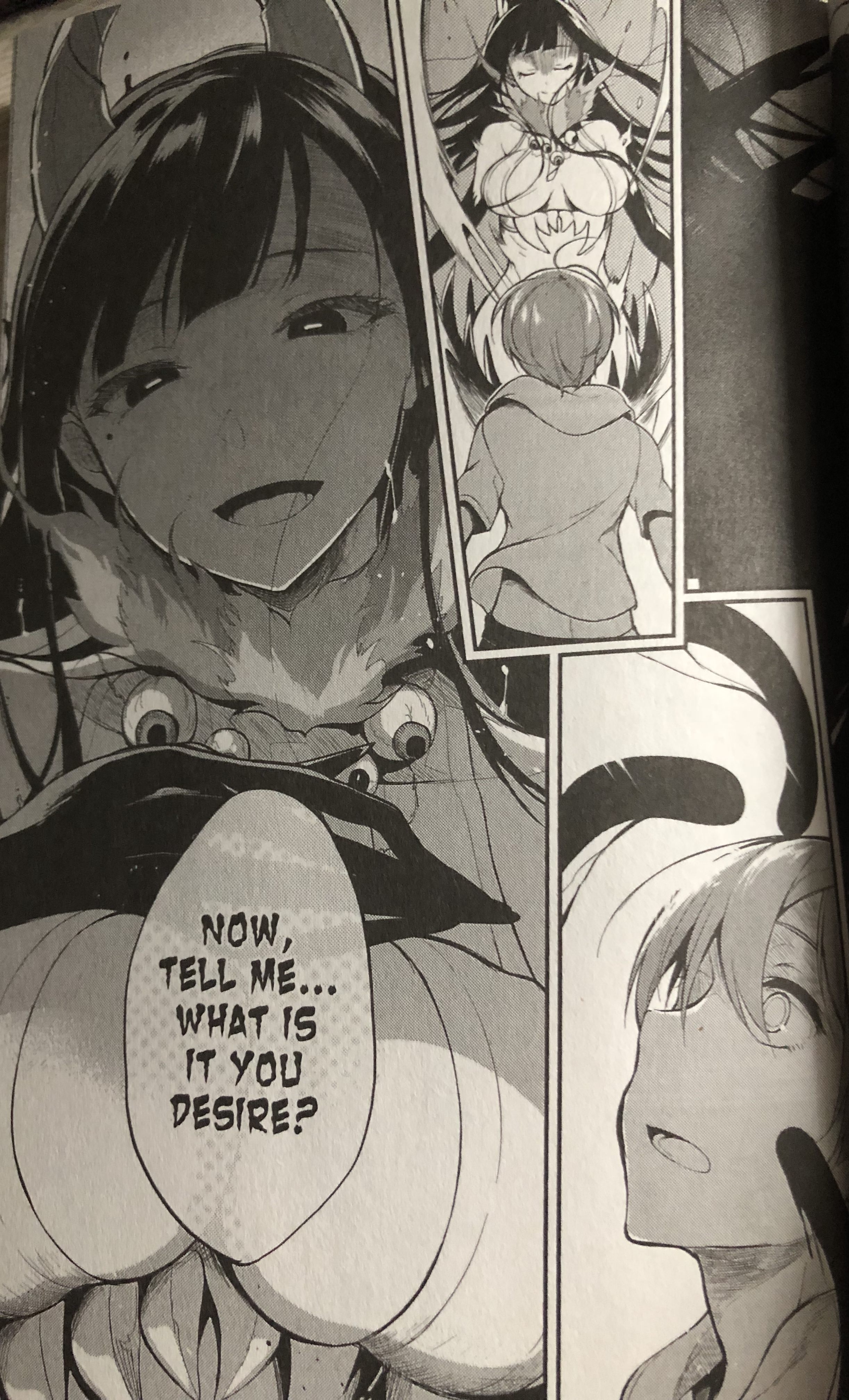 So what kind of manga is it? I was going to ask if it’s horror, given the Eldritch connection, but seeing as it’s you and you mentioned a ‘gorgeous and voluptuous woman’ I’m guessing it’s something perverted. Unfortunately not! Well not as much as I was hoping… 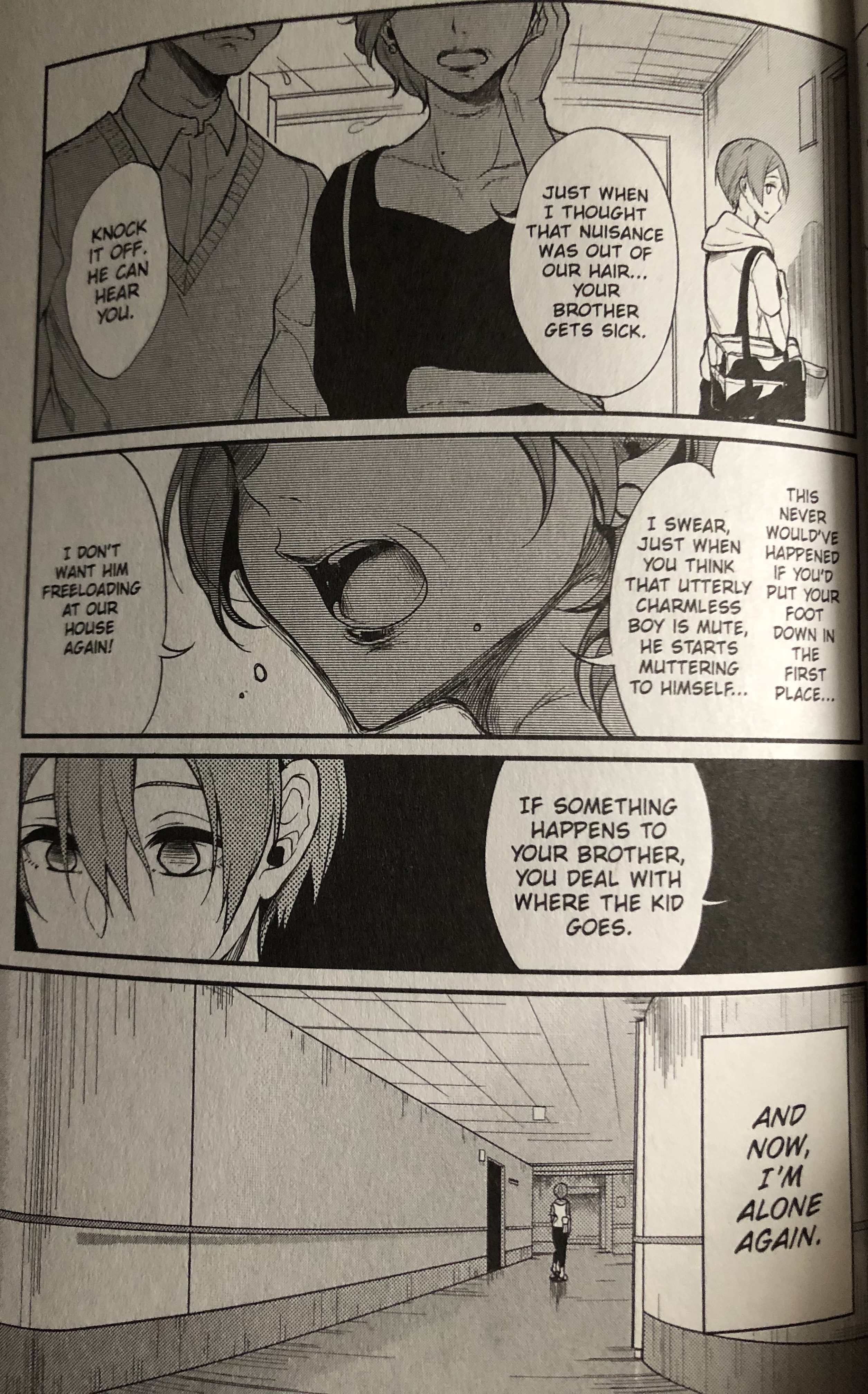 *sigh* Listen, I’m not saying I wanted to read a super perverted story about a 14 year old boy and an eldritch god in the form of big breasted woman, but I was expecting it, so it just meant I had to adjust my expectations.

Then what is it then? Well, young Yuu only wants one thing in life, and that’s a real family, after his own died in a tragic accident. Specifically he wants a big sister, and because Yuu is the first person to ever treat ‘her’ with any measure of kindness and openness he grants his “wish” and decides to be his big sister. 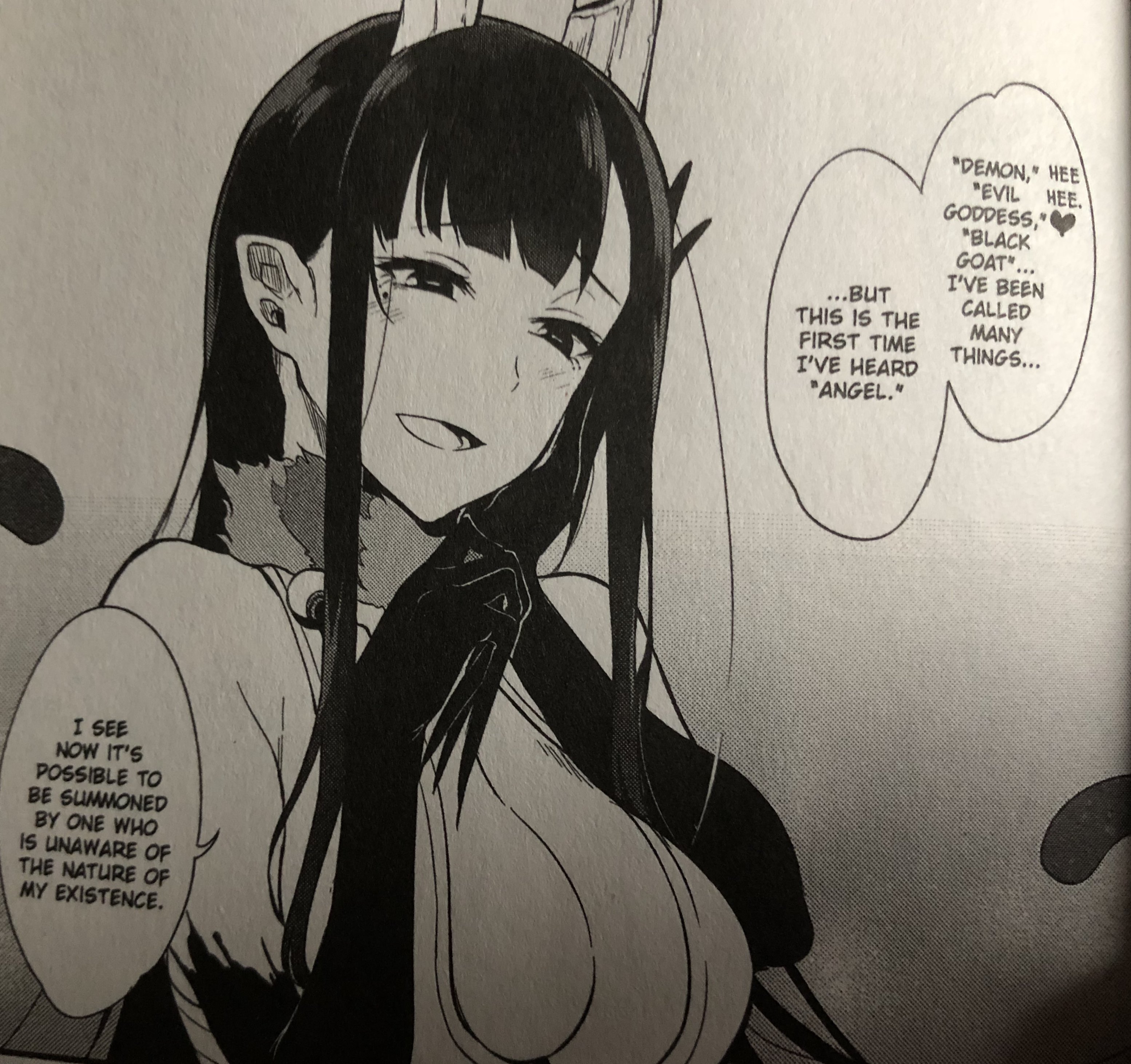 Well that’s nice of her, I mean considering she’s an Eldritch deity, I’m not too well versed in my Lovecraftian lore but I didn’t think they were traditionally so kind and accomodating. I kinda get it, it’s like here’s a creature that’s probably been alive for centuries if not since the dawn of time itself, time probably doesn’t even mean anything to a creature like this so being a human’s ‘big sister’ for a couple of decades would be nothing for a creature that’s been alive so long.

True, I guess, but is that said in the text or are you just assuming? There’s a passing mention to her “having been alive for so long” but it’s not really explicit. And that’s my biggest problem with this manga is that there’s such a wealth of weird and wonderful things they could have done with this premise and with Eldritch lore in general but they don’t really do anything with it, aside from have her tentacle like feelers (which can shrink down to the width of a hair) clean the boy’s earwax and massage his brain so he can have a very odd brain-gasm. 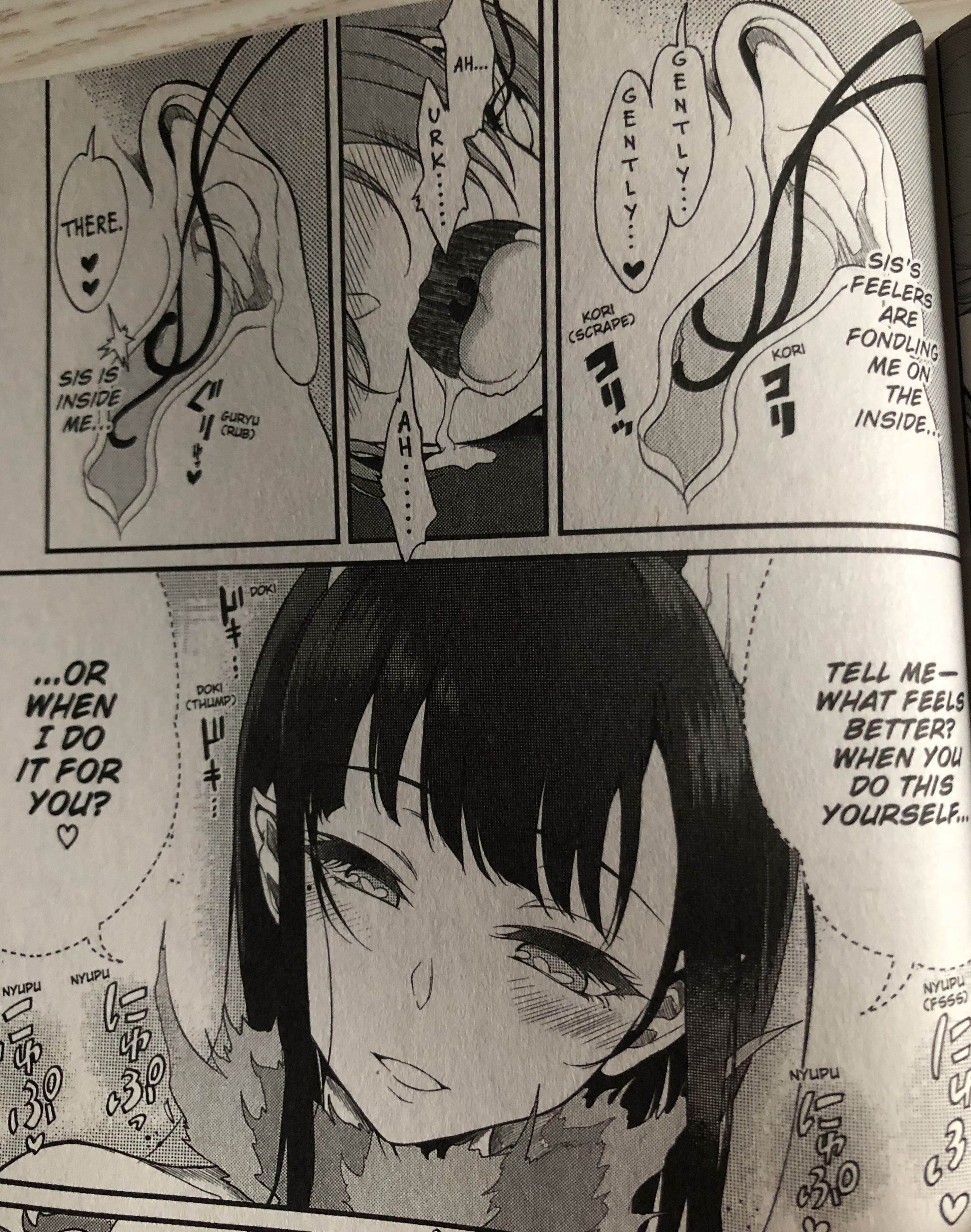 But you’re reading it! Well someone has to.

True, but still, I have to react to what you tell me. She’s really damn sexy though. I mean I know why he “wished” for to be his sister, but he really missed a beat not “wishing” for her to be his girlfriend… 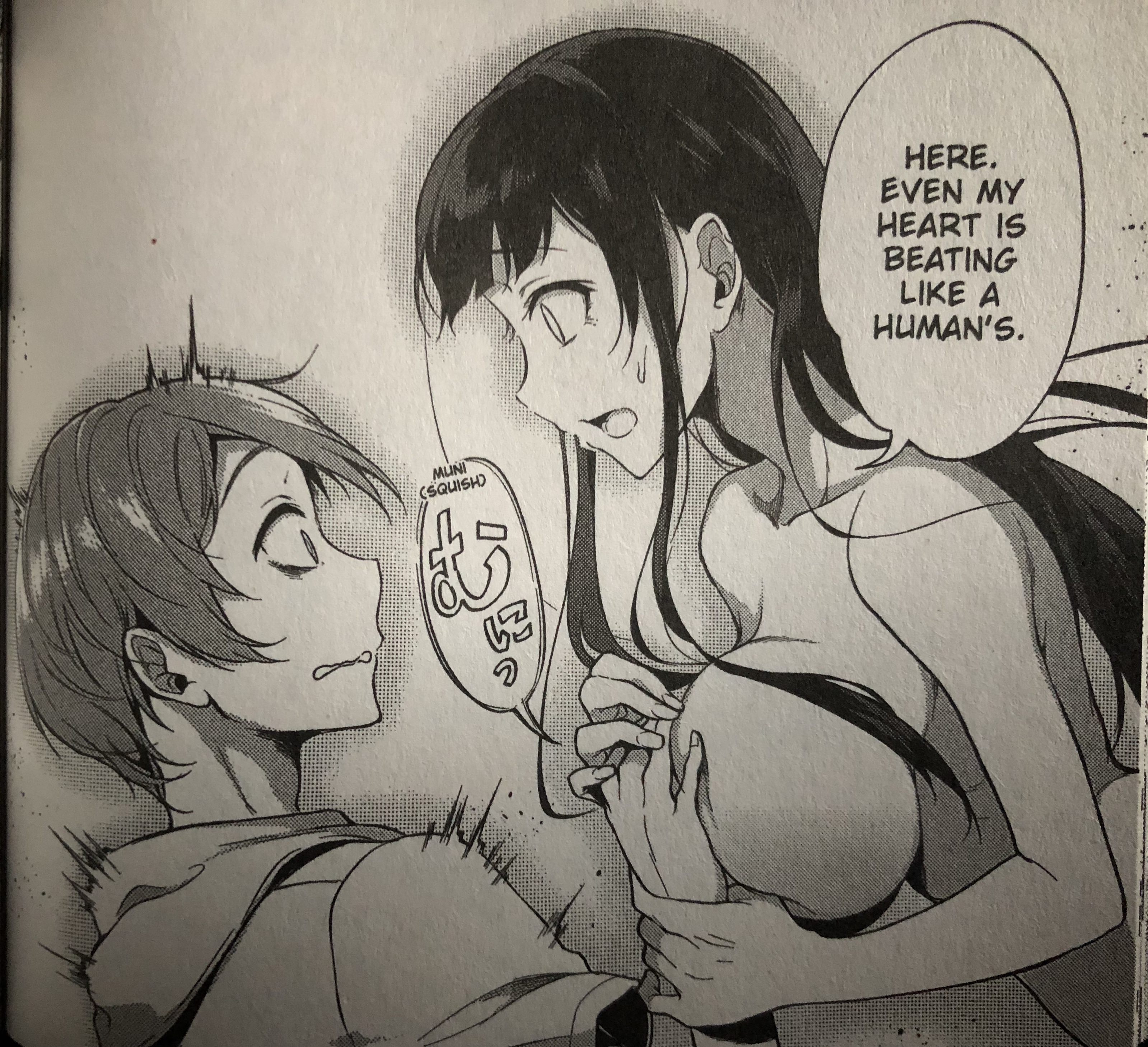 Why didn’t he? I guess because that’s what he wanted in his heart of hearts, he is quite a ‘pure’ young boy. Though, by the end of the first volume I feel like even he is questioning his decision to make her his sister and not something more.

Are there any other characters aside from the ones you’ve mentioned? No, not really. And that’s something that feels quite different about this manga, in other shows I feel like they’d be at least teasing other girls by now, even if it wasn’t a harem (and I don’t even know if this one ends up being one) but there would be at least be like a childhood friend or some other female interest in the main character by now, but here it’s an entire manga of just Yuu and Chiyo.

Her name’s Chiyo? Yes, she names herself when learning his name is Yuu.

You’re going to have to explain this to me because I have no idea? His name is derived from Yuugure which means “Dusk” so she names herself Chiyo which means “a thousand endless nights”. 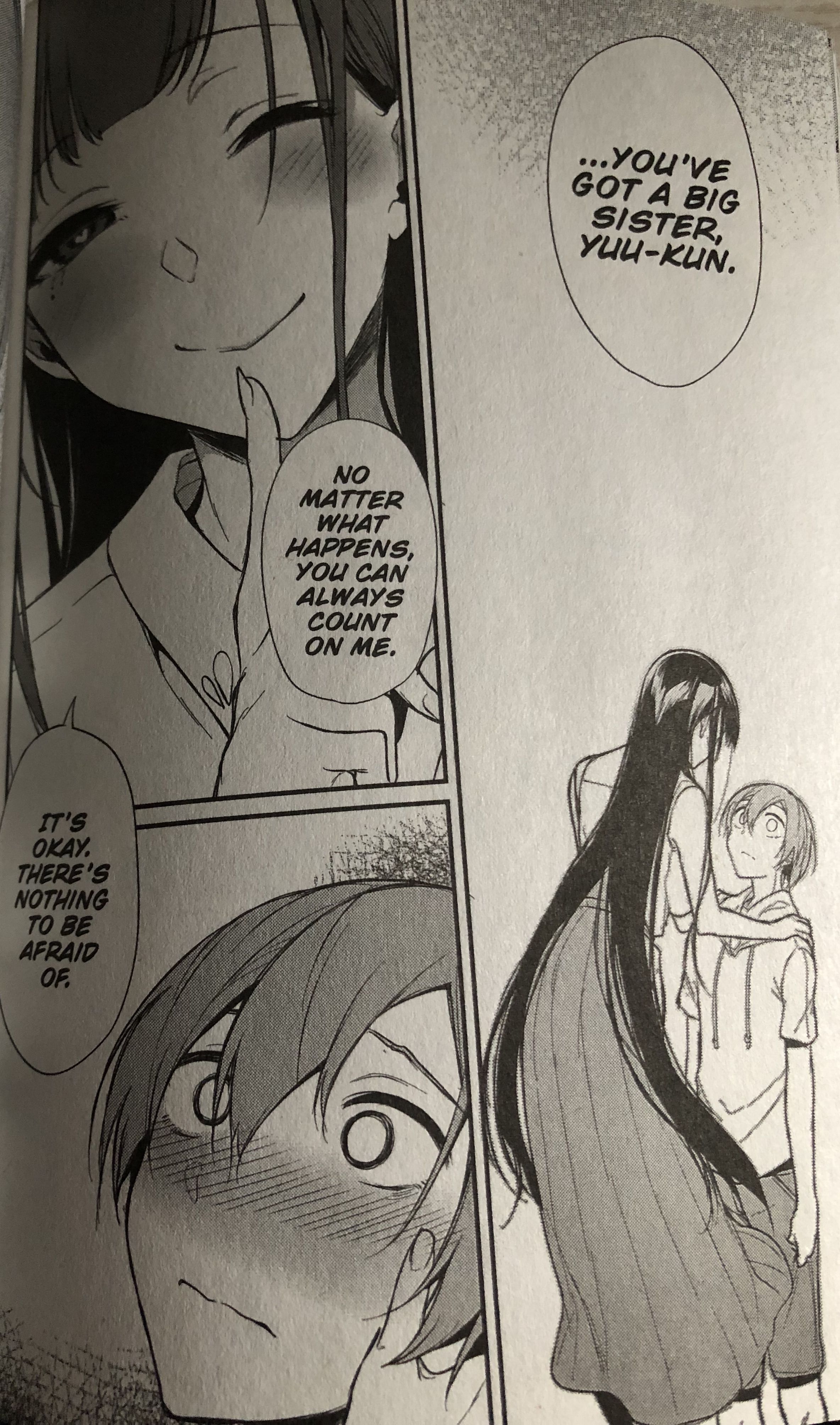 Poetic. Yeah, and that’s something I think that could easily be overlooked when giving this manga a cursory look it is legitimately poetic at times and very well written (at least in regards to some of the dialogue and internal monologues) and there’s some very cool ideas it’s just it falls into a lot of predictable traps early on that I worry it’s not going to be as challenging and interesting as it could be!

Fair enough, so final score and recommendation? It’s hard because I wanted this to be so much better than it was, but if you compare it to a lot of the mediocre trash that is out there then it is better! It’s just I was expecting more from a premise that invoked something as dark and twisted as Eldritch and Lovecraftian lore. But what’s here is by no means a slouch, it’s occasionally dark and original, it’s got a good bit of character depth and it’s pretty sexy from time to time. I need to see where it goes in Volume 2 before I’m willing to make a definitive decision but I will continue with it for now as it’s at least more original than a lot of the school based harems I’ve been reading. This volume scores; 79 out of 100. 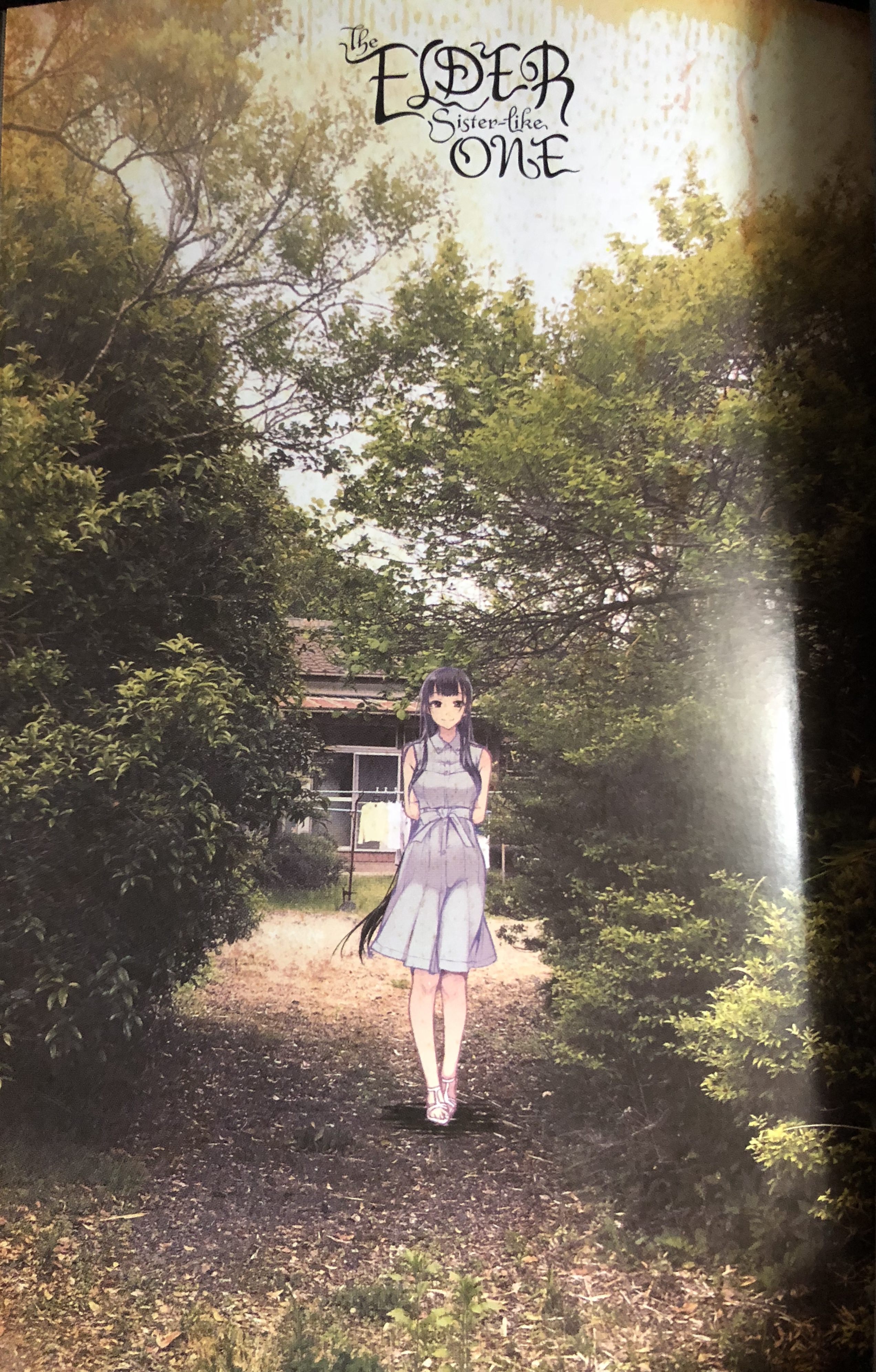