Last week, as I recall, the stakes were raised considerably when μ went on a bit of a rampage? How does it follow on from there? Hot Pot in the club room!

Huh? Yep, the first half of this episode is just the majority of the students in the ‘Going Home’ club having hot pot made by Aria. 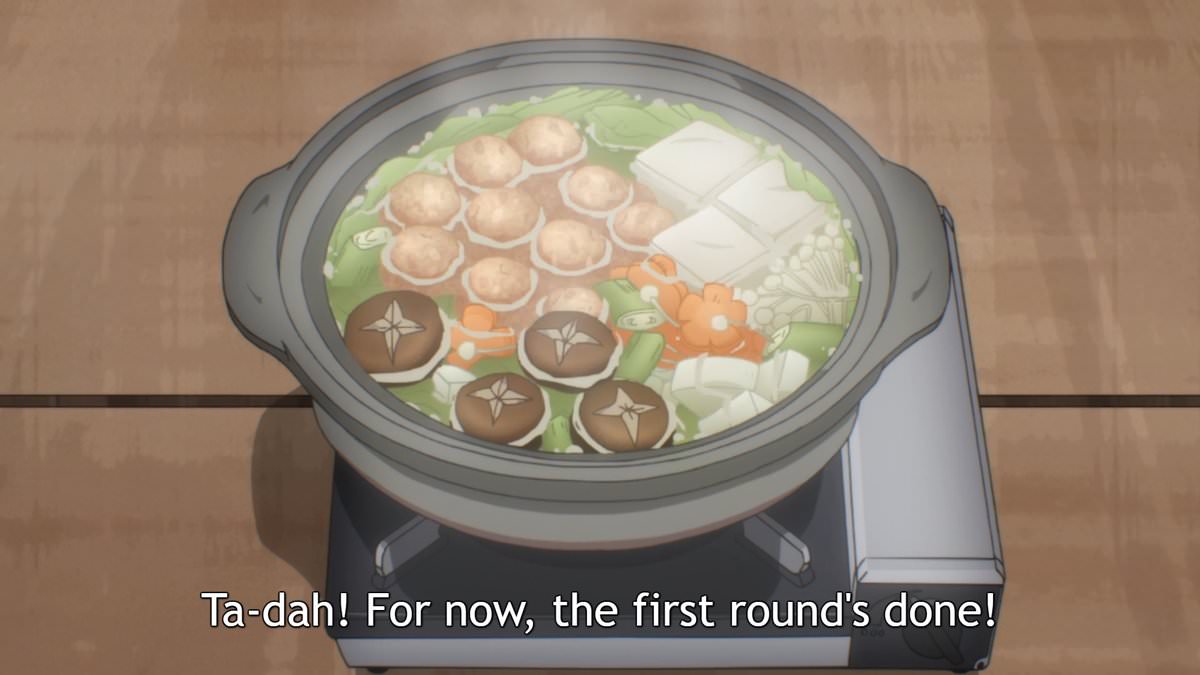 Oh…kay. Didn’t expect the stakes to fall so quickly. What happened? I don’t know, I guess the writer’s thought we needed some downtime between the more cerebral, action-oriented and plot-centric episodes? That’s not to say the second-half doesn’t have a bit of this but the laid back pace of the first half is particularly jarring after last week, I imagine it’d be even more so if you were binge-watching it!

So… does the hot pot look tasty? Yeah, a bit. Though that expensive meat looked amazing. 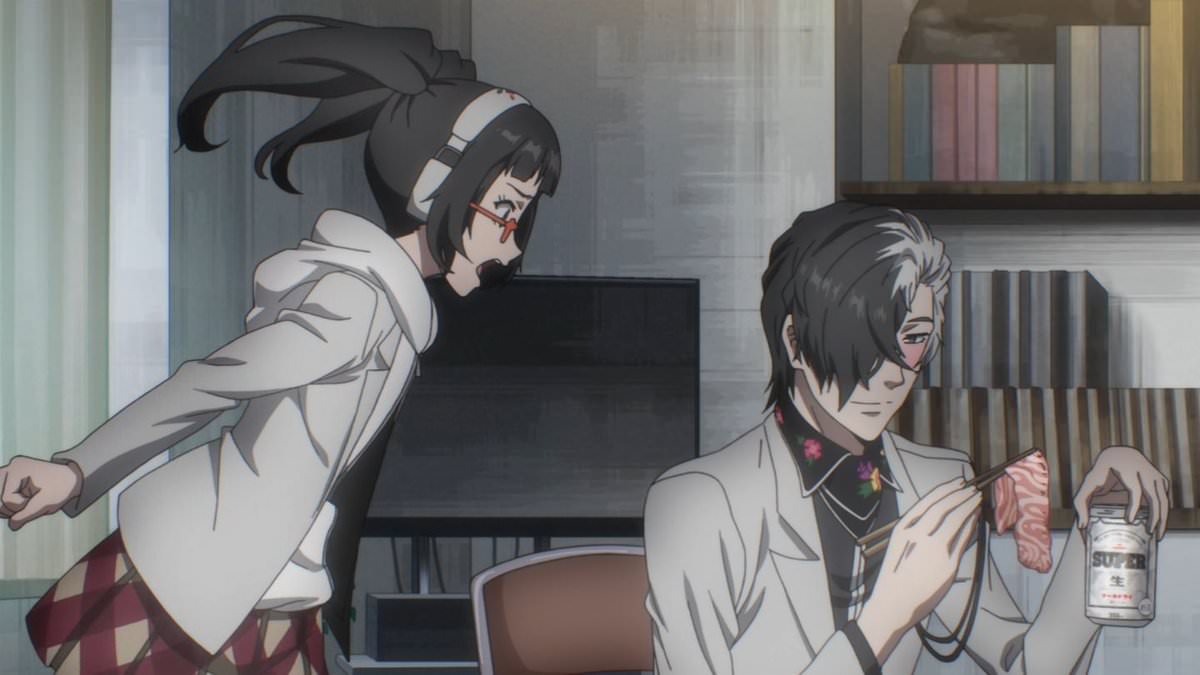 Right, right. So the second-half then? Things get weird, good weird to begin with as our protagonist Ritsu is walking to club, minding his own business when he’s mentally summoned to this purple-tinged limbo world, and it’s considerably eerie. There he meet with μ and the two talk about what happened last week, and why she went berserk and reiterates the fact that she just wants to help people and we get glimpses at what Ritsu may have been like outside of the simulation and it’s not explicit but it’s heavily hinted that this whole AI thing might have been Ritsu’s doing, at at the very least his idea. 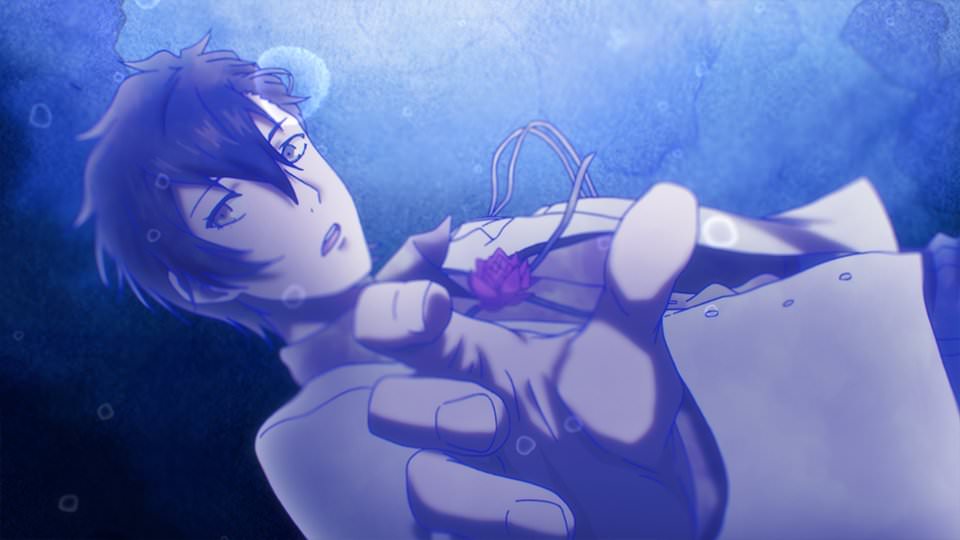 The creator in his own trap? Interesting. It’s a thoroughly interesting, though messily edited sequence that’s not quite up to this show at its heady best but still poses a few interesting questions. Like how happiness isn’t something that can be quantified or portioned to people en-masse and that it’s a very personal and fragile thing.

Fair enough. Anything else? We get to see more of the Musicians, the people who are pulling μ’s strings, though it seems there somewhat dependent on her too, which is a small but very important detail which will no doubt factor into the end-game, with our heroes having to win her over to their side in order to relinquish them from this artificial world—or so I’m guessing. 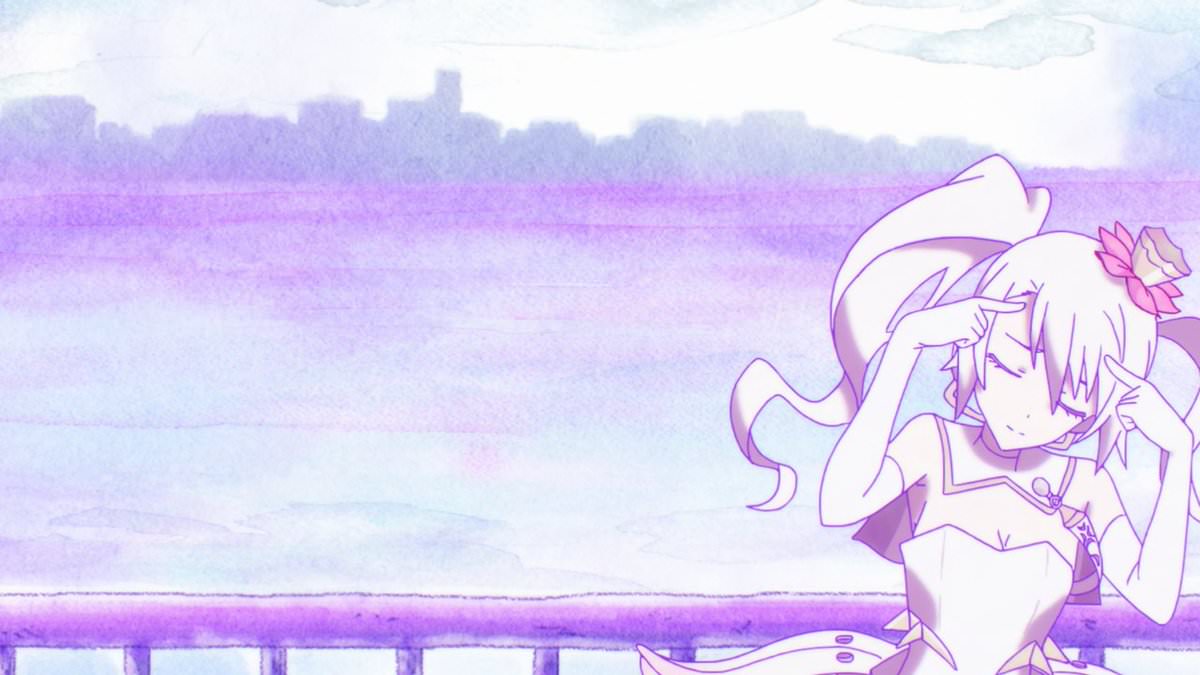 Right, so a “good” episode, first half not withstanding? I didn’t mind the first half it was just a bit overlong, and didn’t really add all that much to the story or the characters. There were a few interesting interactions and we learnt that Shougo is older in the real world than his virtual avatar and that Kotarou has an alter-ego of a masked hero that helps perform good deeds around the city. Either way, while I foresee a somewhat predictable ending I do still enjoy the show’s sometimes surreal visuals, literary pretentiousness and overall aesthetic.