A 20 Question Anime Review for Re:Zero -Starting Life In Another World- 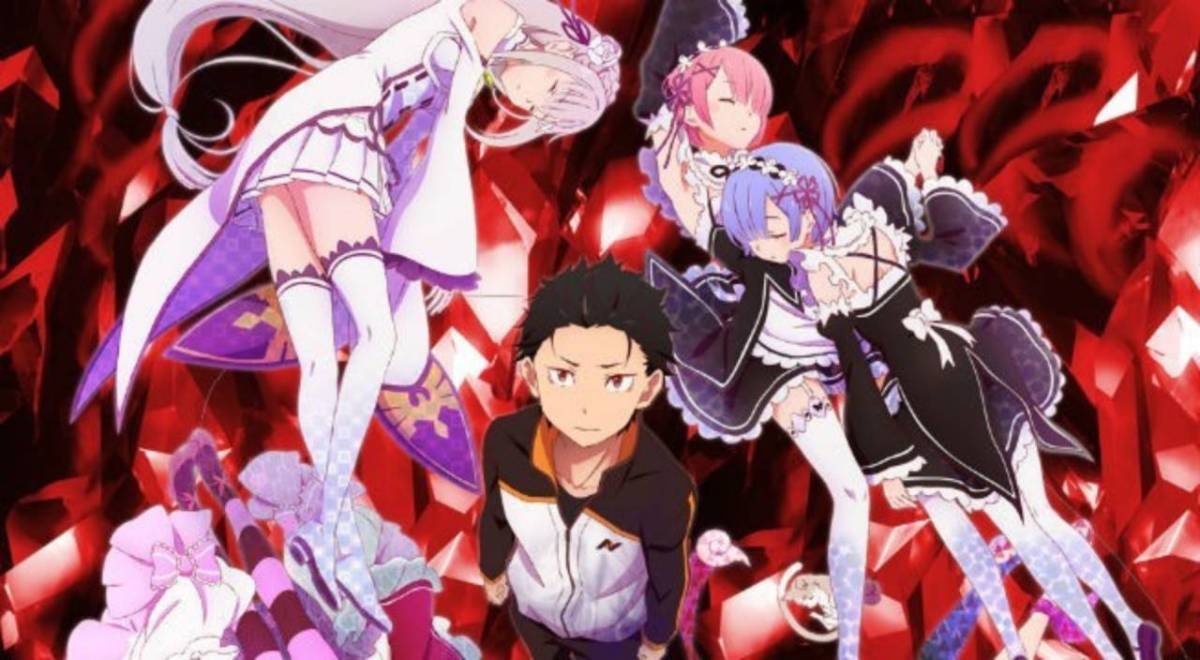 And what’s the show about? It’s about the best girl in the whole damn (anime) world, her name is Rem, she’s a maid and also a twin and also a demon and Subaru is an idiot for picking Emilia instead of Rem and I’ve had it with this world. End of review!

Wh-what? No, you can’t end the review this suddenly! You’ve got a job to do! Let’s start again shall we? What’s the show about? Erm, right… it’s about Subaru, an ordinary high-schooler who gets sucked into a fantasy world for ~reasons~ and contrary to the manga and games he’s used to he doesn’t have any powers in this world… well except for the power to break poor Rem’s heart! Subaru you son of a bitch! End of review!—

Oh dear, not again. Let’s try this again… What’s the show about? Huh… huh! What’s going on, I swear you’ve already asked me that question twice before?!

Have I? I don’t recall… so the protagonist is powerless in a fantasy world, that’s somewhat interesting, care to elaborate? Uhh, yeah. So Subaru does have one advantage—his wits, he’s got a cunning intellect and a way at looking at scenarios that’s almost like he’s observing things as if playing a video-game, almost detached from reality. That is until he uncovers his true power, “return by death” which basically functions as a checkpoint system. If ever he dies he returns to a previous moment in time as if nothing happened, except with all the memories—and thus all the emotional pain and trauma that came with his previous death. I appreciate that this series doesn’t gloss over the harrowing experience of death and how much it mentally affects Subaru.

That is an interesting idea, but I suppose the success of a plot device like that is how well it’s executed? Correct, and for the most part it’s smartly executed, it’s never over-used or exploited, it seldom feels cheap and each death has its own narrative purpose and emotional weight… like the emotional weight of seeing poor Rem falling in love with Subaru only to have her feelings shattered on the floor like glass! Damn you, Subaru! Damn you! End of review!—

*sigh* we got a little bit closer that time but still not close enough… one more time (hopefully) What’s the show about? *gasp* I’ve been here before, I’ve answered this question before! What the heck is going on here? Why do I keep ending up at the start of the review?!

Because you keep ending the review prematurely and I can’t allow you to do that, you’ve started this and you have to carry it through to its conclusion. No matter how much it hurts you. Ugh, fine… I’ll try and get through this review without rage-quitting about how much of an idiot Subaru is…

Good. So we’re acquainted with the protagonist. Who are the other characters? There’s Emilia of course, classic princess archetype, vaguely magical, animal sidekick, exceedingly nice—you know the drill. And of course there’s Rem and Ram twin demon maids who are adorable and badass, and Rem is totally best girl—

I’ll stop you there before you go down a rabbit-hole and we have to start this over again. So what kind of stories does this show present, is it about the protagonist trying to return home? Is it an over-arching plot-line or is it more episodic? Little bit of everything, although I don’t think Subaru’s particularly interested in returning home, I mean sure his life is constantly in danger but who could pass up the chance to interact with all these sweet waifus. The 25 episode first (and so far only) season is made up of several different intersecting story-arcs, that depending on where and when Subaru last ‘reset’ can vary wildly in outcome and tone.

And what do these story arcs contain? Well there’s political storylines to do with a royal election that are filled with intrigue and back-stabbing, there’s action-heavy set-pieces with massive battles against magical people/creatures and or both. There’s sinister cult related plot-lines with ridiculous villains and there’s even… romance plots… and, uh, nope, can’t do it! It’s too raw! WHY DIDN’T YOU PICK REM?! End of review!—

Damn it… I thought we might have had a chance of getting through more that time. Oh but it looks like we don’t have to start right from the beginning this time. That’s a small comfort. I’ll just try and word it differently this time… ahem. What’s going on? Ugh, my head hurts, what were we talking about again?

Umm, so what story arc is your favourite? Hmm, that’s a tough one, I think it’s hard to separate them because there’s so much overlap, and that’s one of the things I love about this series. Is that everything feels deeply connected not only to Subaru but to the mysterious ~evil~ force that’s controlling his fate and his power/curse.

And at the risk of triggering you, what don’t you like about the show? Oh plenty, but I’m alway hyper-critical of shows that I really respect and/or shows that are more ~intelligent~ than the standard Isekai genre or even more broadly just fantasy in general.

And those issues are? The series feels overlong, not in that I wanted it to be over quicker than it was, but in more than one occasion it felt like the events of this season could have been tightened up, you know more plot and less filler. Some of the very early “resets” feel needlessly drawn out, like Subaru gets so far only to die and it’s so frustrating to watch—which may well have been the point but it doesn’t make it any less annoying. Also, I think the show takes a bit too long to get around to introducing best girl Rem but that’s just a personal choice.

Well I guess we’ve gotten this far, you seem to be ~stable~ enough to talk about the thing that’s obviously been playing on your mind enough to prematurely end this review four times already. Talk to me about Rem. Rem is precious and sweet and beautiful and also tortured and deep and damaged. She’s also a badass fighter and has a smile that gives me life. And she falls in love with Subaru and wants to run away with him and have a life together with him and her love is so true and pure and honest and of course Subaru being the idiot protagonist that he is only wants the princess, Emilia, whom he’s known for all of a minute before falling in love with her.

You really don’t like Emilia do you? Actually, surprisingly, I like her a lot. She’s got more depth than you’d expect from the ‘princess’ cliche, she’s a strong character and she’s kind and sweet and kinda cute, but~ she’s not Rem. It’s like Emilia’s a tasty slice of pizza but Rem is prime rib with all the trimmings.

And perhaps an analogy for your vegetarian readers? Umm… Rem is an eggplant parmigiana and Emilia is a celery stick with cream cheese on top.

Oh! And what about Rem’s twin-sister? Ram was it, how is the twin sister of a top tier best girl? Eh, she’s fine.

Right… Okay then. Congratulations, you made it to the end of the review and we kind of covered the main points? So final score and recommendation? Hailed by many reviewers and fans alike as the best the Isekai genre has to offer it’s not an inaccurate descriptor but that’s more in a generalist kind of way. It is an exceptional series, that’s subversive and smart in just enough ways to make it easy to overlook its flaws on the whole. Personally though I think there are shows in the genre I prefer for various reasons but still it’s hard not to be impressed by the scope of this show and the characters are mostly great, even down to the supporting cast. And for as much as I raged against Subaru picking Emilia over Rem, by the final episode I was okay with his decision because they do make a cute couple and he had been through so much at that point that he deserved his own happiness as too did Emilia. Far from zero; 90 out of 100.