And how’s the most flawless show of the season doing? Stop putting words in my mouth. Also, this might be the weakest episode yet, but I’m not at all troubled as I know there’s bound to be some slower episodes in between the larger more important ones.

So the episode is a bit lacking in comparison to the others then? It’s not even that it’s lacking in quality, a lot of information is imparted a lot of juicy plot threads are dangled, there’s great character moments too—like Daru and his future daughter talking in the time-machine—even the much maligned Moeka gets a nice, if slightly pitiable moment in the gadget lab. So even when the show isn’t delivering twists and turns and big-time feels it’s still exceptional at what it does. 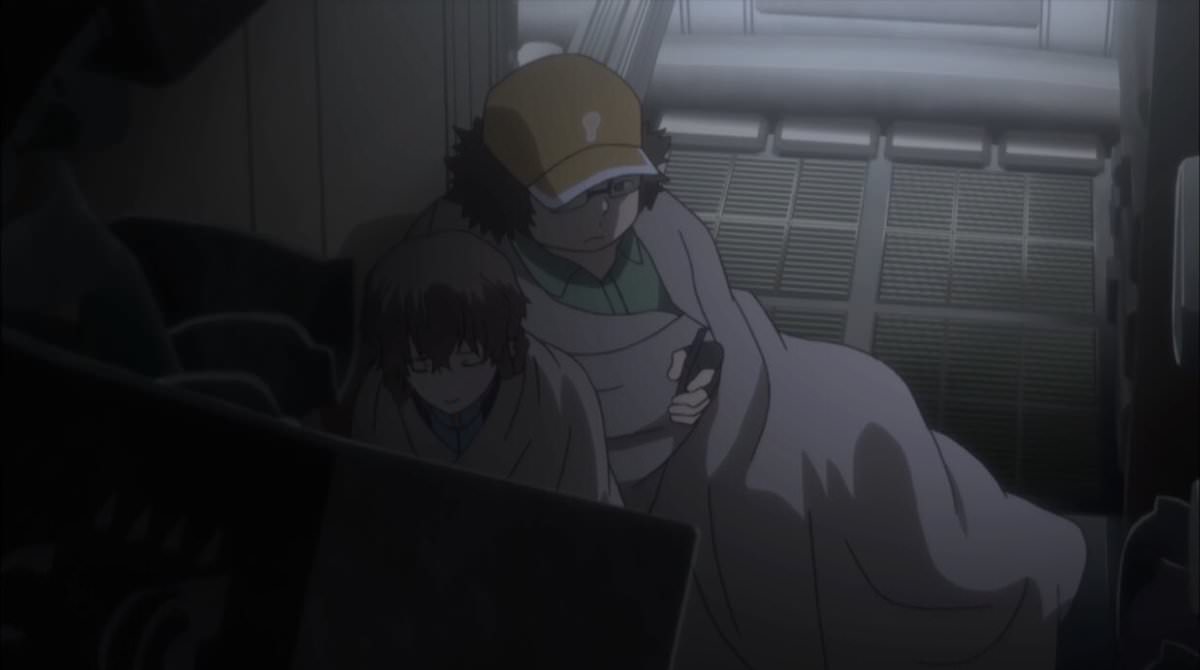 And what’s this “information” you speak of? Well we learn that the ‘Earthquakes in Russia’ news stories that have been showing up on TV reports and newspapers are linked to the Wests’ (namely Russia and the US) racing to be the first to complete a time machine. Which is exactly the thing that ends up causing World War 3 in this world line. And it’s also got something to do with Fubuki, who as it turns out collapsed at the exact same time that that Okabe travelled between world lines in the previous episode and she dreamt the exact events that Okabe experienced in the other timeline. 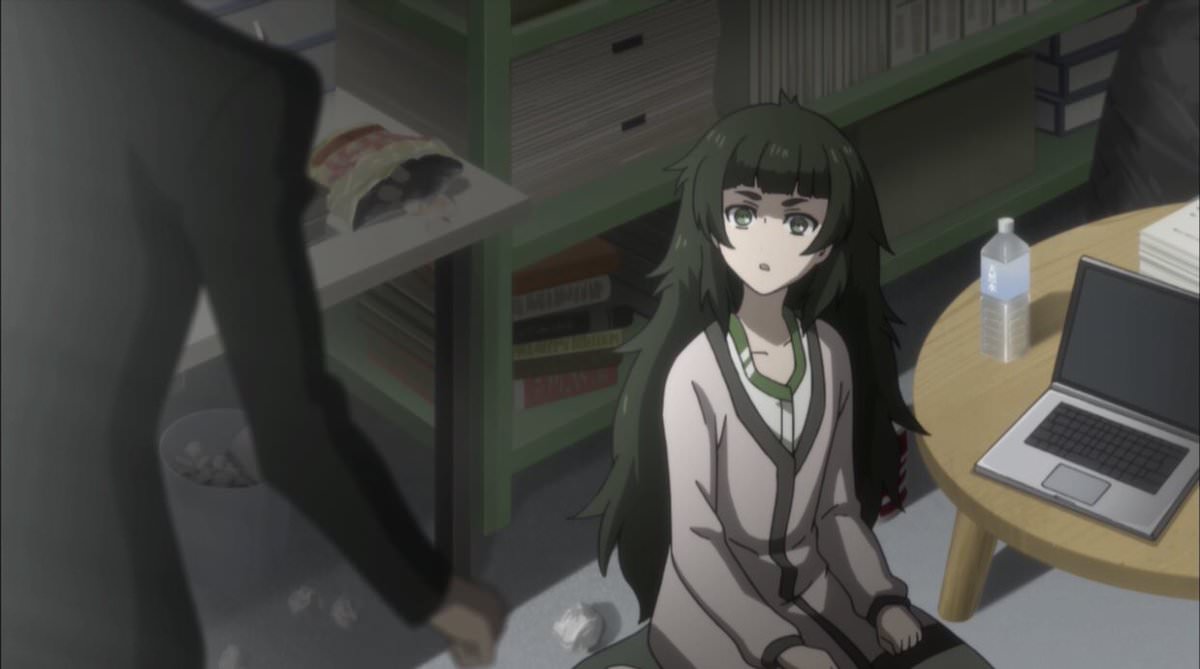 What does it mean though? It could mean a couple of things, either this girl has some sort of ability to time travel, or she just happened to get caught up in whatever it was that made Okabe time travel, or it ~was~ all just a dream and Okabe is just delusional from grief.

You don’t think the show would pull a ‘it was all in his head all along’ twist would you? I don’t think it’d be a ‘twist’ at all—well maybe a little bit. But the way this season is a lot more introspective I wouldn’t be opposed to it—if done well. 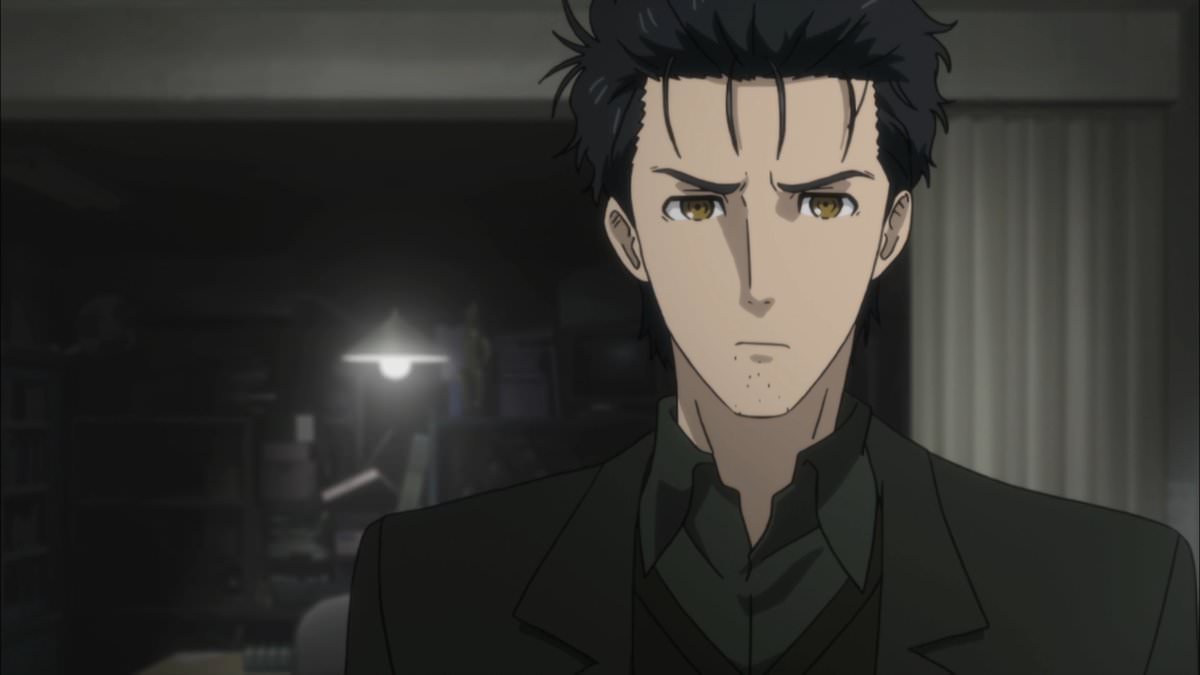 Anything else? Amadeus is still inoperable, though they’re working on getting her back online. Oh and Maho’s hotel room got burgled by bad guys so she has to stay with Faris, I was hoping they’d share a bed but she has her own room. Also nobody better hurt best girl Maho or there will be hell to pay! Oh and Suzuha pulls a gun on Okabe and shoots him… 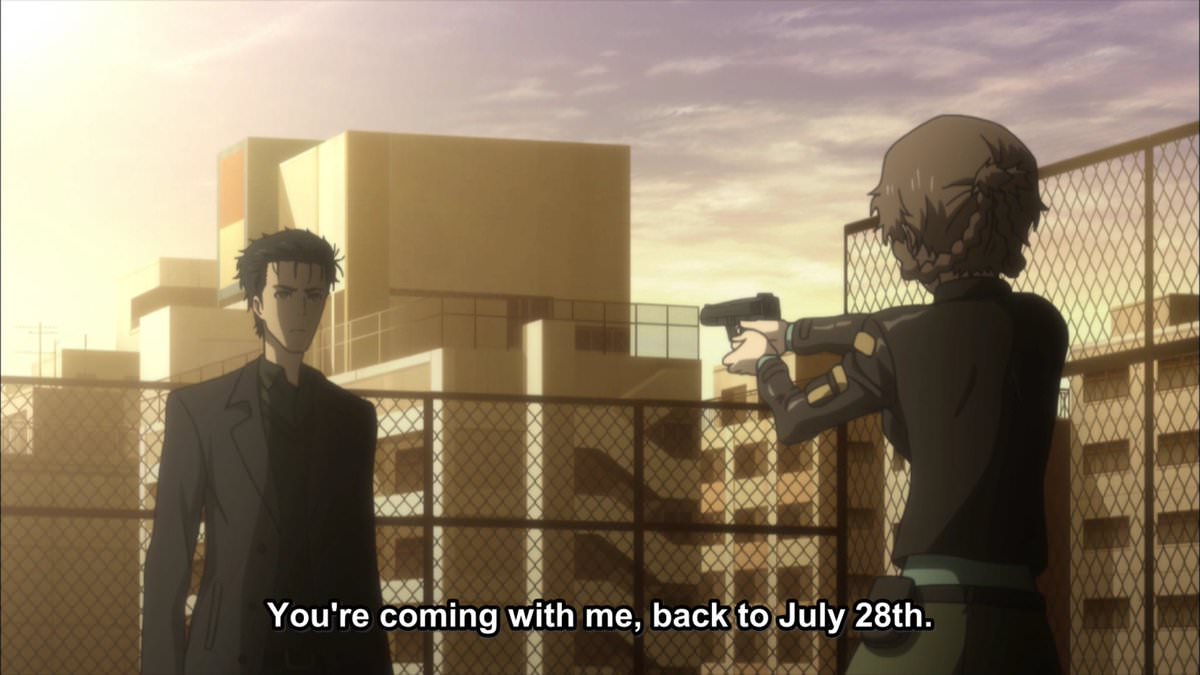 What?! That seems like a kind of important thing to just casually mention. Well she only grazes him with the shot (intentionally), she’s just serious about this whole not having a third world war thing. She’s just as emotionally damaged by what she’s seen as Okabe is from what he’s seen it’s just she’s got the urgency and impatience and motivation to make a move. The only thing that stops her from straight up shooting Okabe is Daru, even though they’re the same age—because time travel—she clearly respects him and not just because he’s her father but because of the man he is in the future, a man that we see more and more as the season goes on.

Right. So excited for the rest of the season still? For sure, I mean I’ve got no idea where this season is going and I’m all the more excited because of that, I’m just happy for the show to keep doing it’s thing and I’ll be there to enjoy every moment!