So what’s happening now? Well last episode ended with something of a non-cliffhanger—rare for this show—with Maho going back to the US and Okabe saying goodbye to both her and Kurisu. I didn’t say it in my review but I presumed we would be getting a time skip ahead some months as I couldn’t really think where the story would be headed from the point it left off.

And do we? I don’t know… I think so… let’s just say an indeterminate amount of time has passed—not significant enough to be countered in months with an ‘on screen subtitle’ but still some time has passed. We get hints that Okabe wants to (and will presumably) be travelling to the US for study, though the only thing I want him studying his Maho, if you catch my drift *wink wink*. 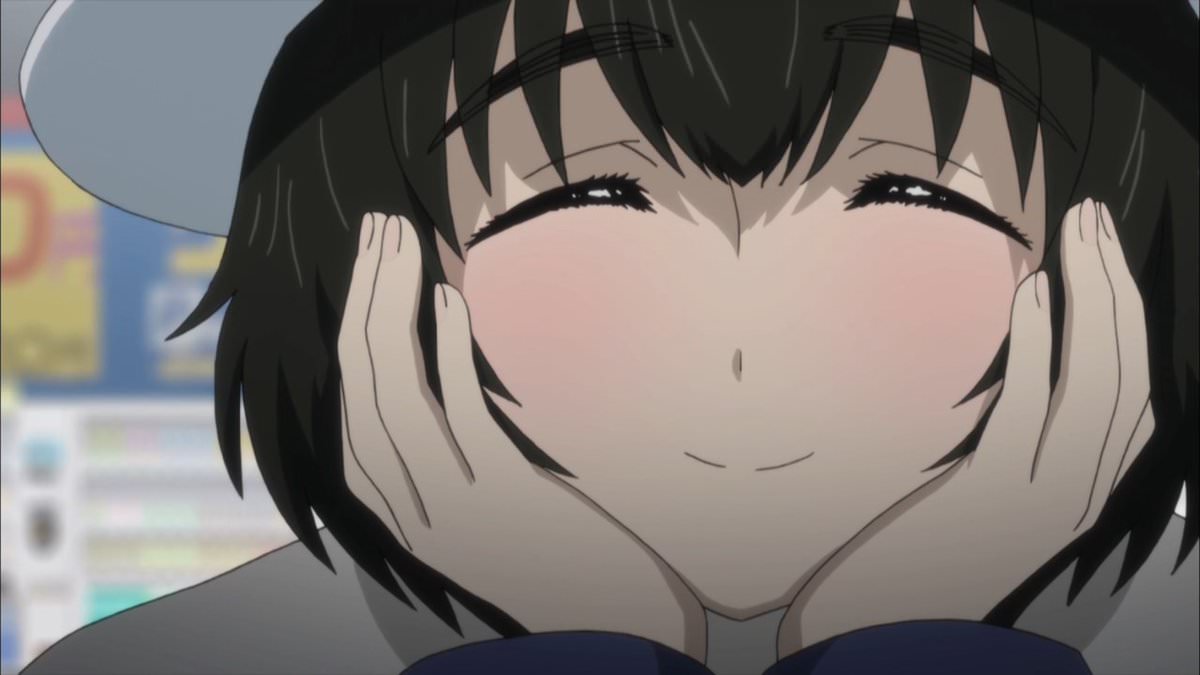 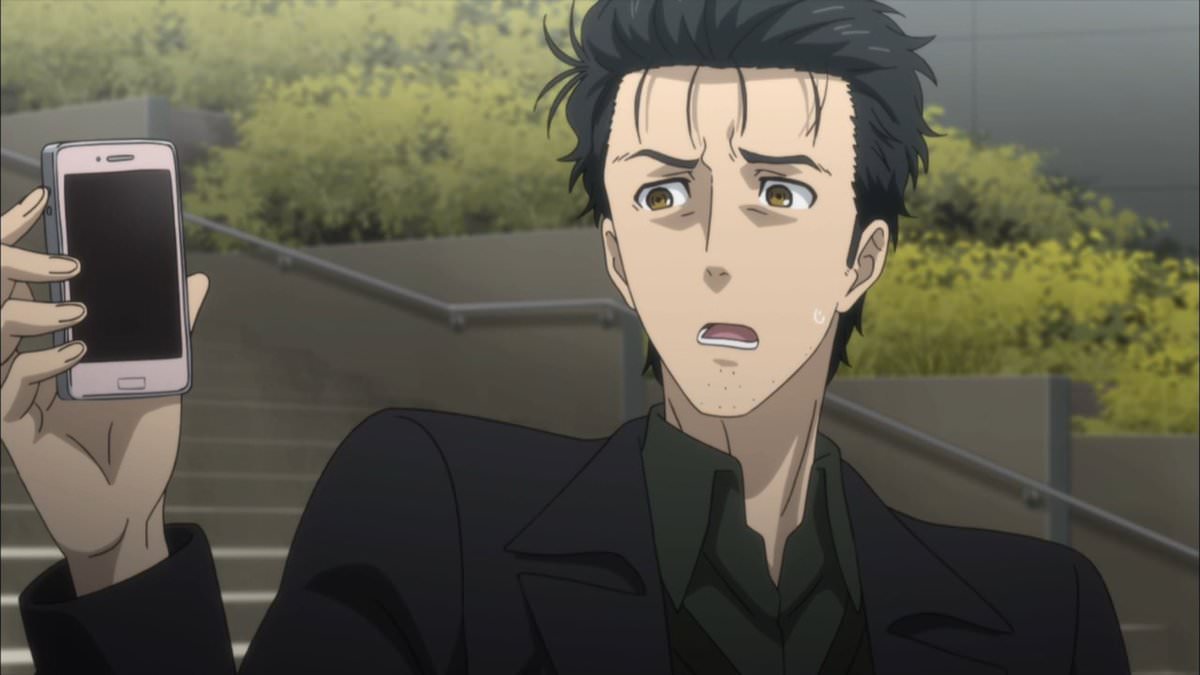 And so what’s all that mean? Not a lot… until you take into consideration the scene after the end credits, which almost blew my damn mind!

What happens?! Well we see a teen-aged Okabe waiting at a train station—presumably on his way to see Mayuri after the death of her grandmother and who else is at the train station but 10-year-old Kagiri (who, at this point in the narrative has recently arrived in the past via time machine and just ran away from whoever had kidnapped her) who is singing the song that she learnt from her future adoptive mother Mayuri! Mind blown I tell ya! 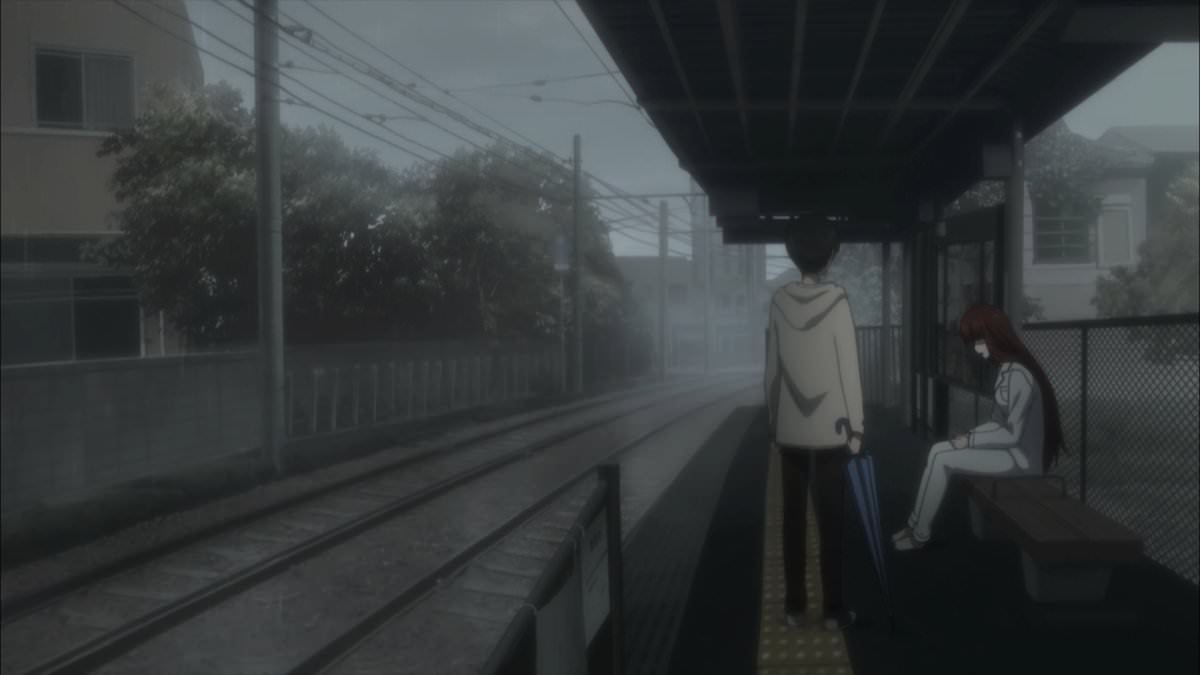 Well that is some admittedly interesting time travel shenanigans. But why doesn’t current Okabe remember a song he learnt in the past—especially one that seems pretty significant. Ah, and therein lies the mystery! Something to do with world-lines or Reading Steiner, something to do with time loops and paradoxes? Who knows! Either it’ll be intrinsically important to things going forward or it’ll just be one of those elusive ~mysteries~ of time travel… to be honest I’m happy with either explanation (or lack thereof). 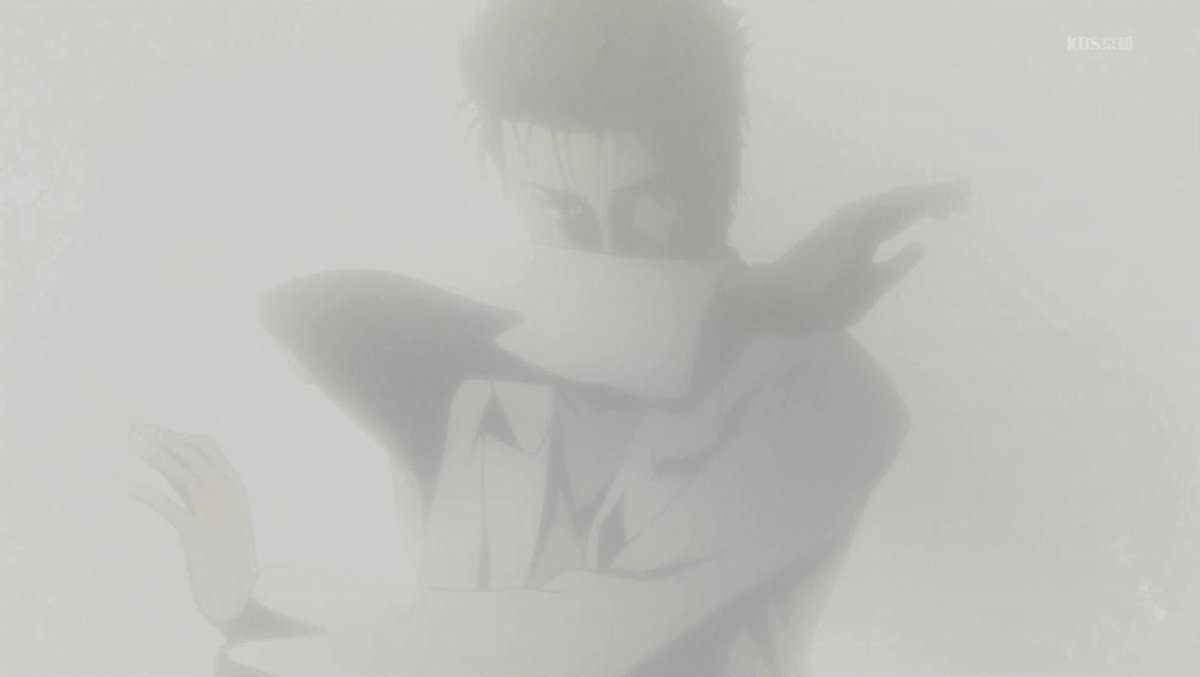 Right, so singing this show’s praises unreservedly once again? Hey now, let’s not go crazy. It has its issues—ones that’d probably seem less glaring during a binge watch. While it was ~nice~ to have some low-stakes action for a change with what was basically a game of ‘Telephone’ they were playing with discovering the origin of the song, it felt like not a lot happened, I won’t say I was bored but I wasn’t particularly enthralled, least not until towards the end scenes from visiting Grandmother Mayuri’s grave onwards.

So how does this episode rank compared to the others? It’s among the weakest, but that’s only if I judge it alone—but it’s undoubtedly an important piece of a greater puzzle and there were some nice emotional character beats at the very start and very end that bookended it in a satisfying way! 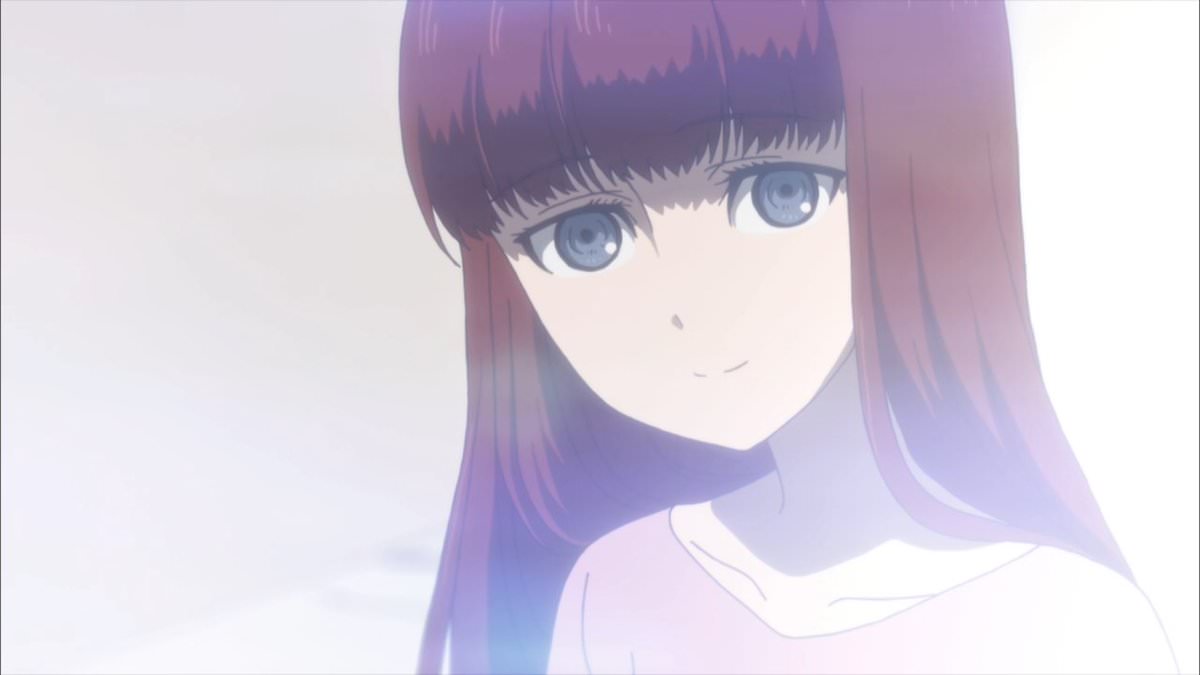