A manga version of the ‘Build a Harem’ tag

So first of all I just wanted to say I have been blown away by the overwhelmingly positive response to my ‘Build A Harem’ tag, it seems like every single day there’s another blogger’s custom anime harem to look at and I’ve enjoyed reading all of them so much! I’ve also found great new bloggers through this process, which is just the icing on the cake as far as I’m concerned! So thanks again for everyone who’s taken part so far and I look forward to reading the countless more that are still no doubt to come!

But what’s this blog about? Well MangaKast did their version of a harem but as expected by their name they picked characters from manga—“what a good idea” I thought, “I’ve got heaps of best girl’s from manga that haven’t had an anime adaptation”, and because I couldn’t keep my thoughts to myself, I commented something to that effect on their post and MangaKast challenged me to do it, and who am I to pass up the opportunity to talk about cute and sexy girls from manga that I’d want in my harem! But not just that, Karandi of 100WordAnime modified my original rules for picking characters and a lot of others followed suit—and thus I’m going to be going by the modified rules for this post, which if you don’t know is basically just a relaxing of the ‘character type’ rule.

Now on with my harem, let’s just say things are going to get a bit NSFW in here, these manga are all fairly ‘adult’ after all…

Momi is a massive breasted Oni who has to milk herself—and apparently her breast milk tastes good(?). I think I’ll pass on invoking a possible Oedipus complex and just settle for nestling between those two beautiful big boobs.

I mean, she’s dangerous, she’s alternative looking, she’s a sucker for cute girls (just like me) and she’s sexy as heck… sure she has zero interest in men and I’ll probably end up getting killed by her but these are the risks you take with the crazy ones… unless I had a big sister to protect me…

“Onee-chan!” She’s devoted, caring, kind and the human personification of the Eldritch demon-god Shub-Niggurath! She’s also got tentacles (of course) but I couldn’t possibly think of anything to do with those…

The Troubled Goth Who Hates Everyone and Everything… Except Sex – Spina from How To Build A Dungeon: Book of the Demon King

Oh boy, here’s a girl with some emotional baggage, as a youngster her village was attacked and in order to prevent herself from being raped and murdered like the other women she poured boiling oil on her face and body… afterward she gets a magical makeover by the would-be Demon King and channels her energy into the one thing in her life she can take control of absolutely… her sex life. 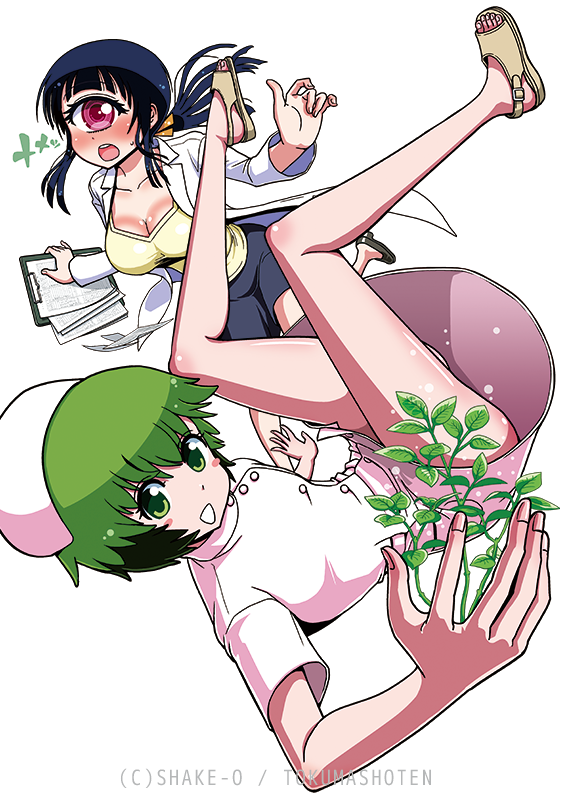 My doctor said I should eat more leafy greens…

And that’s my manga harem! Obviously since this isn’t a traditional tag post I’m not to tag anyone to do this variant of the post, but hey, if anyone wants to write up a manga-centric harem by all means! Thanks for reading!