So what happens this week? Man, this episode, starts off all slow and cutesy with little bursts of technobabble and theorising then bang we’re hit with an epic, tense and action-packed ending that feels like we’re suddenly watching a different show!

I ~probably~ think you’re over selling it a little, but care to elaborate? Let’s start at the beginning. Right, so Kagiri and Mayuri are pretty much inseparable at this point, Kagiri’s mind has reverted back to that of a ten year old (despite being in appearance, 22) though she still has the memories of the few months she’s spent with Okabe and the gang—in addition to her old future memories. 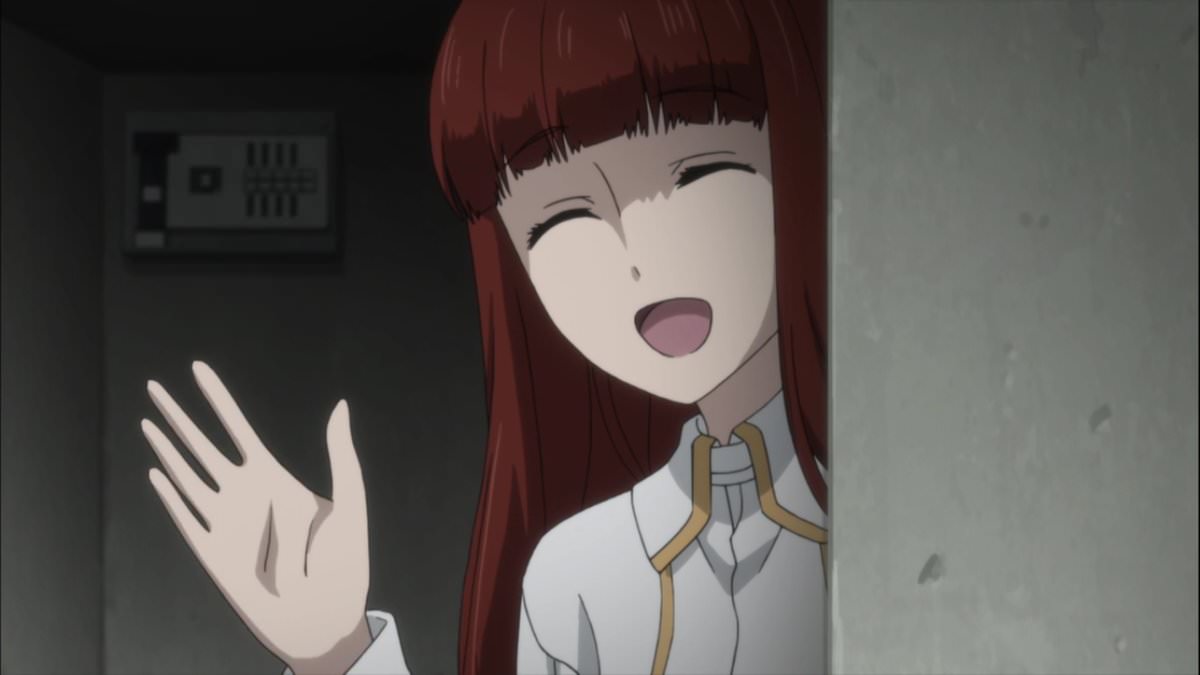 —‘Old Future Memories’ sounds like an album title for an indie rock band. Sorry, go on… Ahem, so Kagiri is happy, Mayuri is just going a long with it, Ruka is confused but nobody’s giving him an answer, Daru is Daru, Okabe is stressed and Suzuha is annoyed.

Why is Suzuha annoyed? She’s annoyed because the plot says so, basically so we can learn that Kagiri’s regained memories have been tampered with (or possibly are from another world line!) and also so there’s more drama and they can make up when (if?) Kagiri is found. 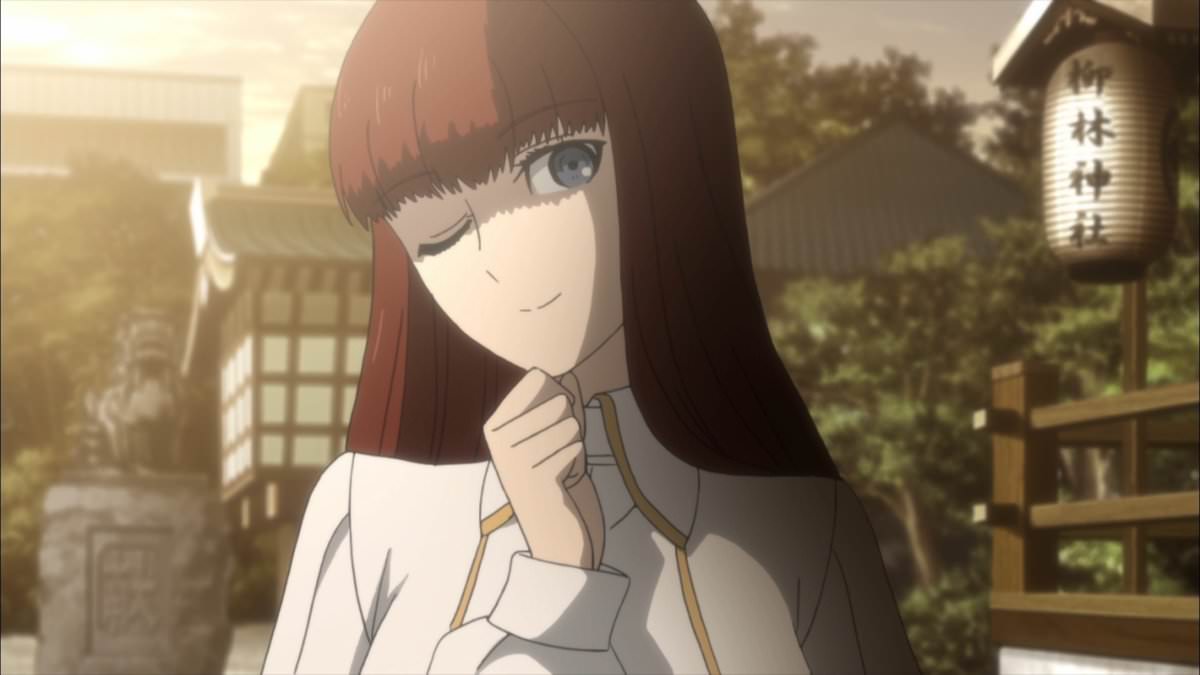 Wait, what? Kagiri’s missing?! Sorry, I jumped a head a little. So Mayuri wants to throw a party, because apparently that’s all she does (I’ve lost count, I think it was up to 4 or 5 parties in this anime last time I checked) and so they go about the preparations, meanwhile Kagiri goes to buy some cake to bring because she’s a good girl. Also meanwhile Okabe has teamed up with Moeka to see if they can find where/what happened to Kagiri in the twelve years of missing memories.

Why have they decided to go now and not before? Well Okabe sees Braun and he leads him to believe that Kagiri’s probably been brainwashed—seeing as that her memory returned only partially and with possible tampering to the events. Anyway, Moeka Tokyo Drift’s her way up to the mountains where they find a ~seemingly~ long abandoned facility and here’s where the action and tension ramps up in a gorgeously executed scene that plays as the end credit music plays in the background! 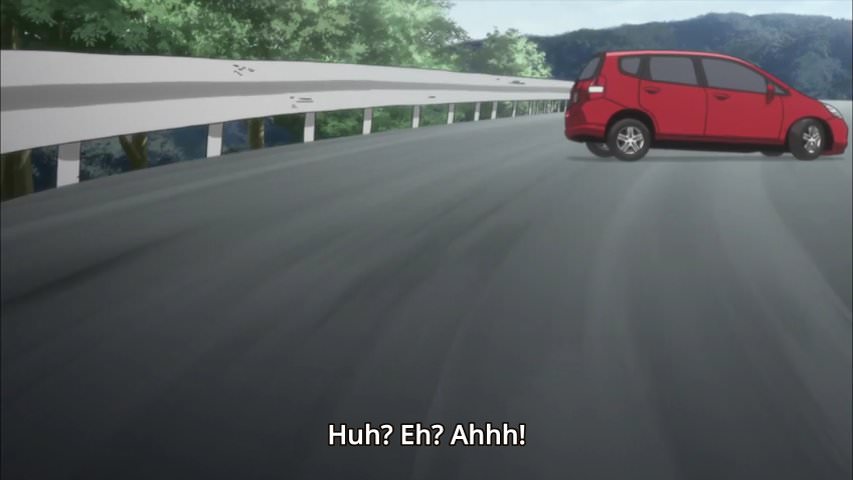 Go on then… So Kagiri’s walking back to the lab when she here’s a Motzart song play from a truck advertising a live concert performance (they brilliantly foreshadowed it earlier in the episode—so it’s not as random as it seems), all of a sudden a rush of memories comes back to her, we get a glimpse of some—seemingly from the future as she’s being treated for PTSD (or so the Doctor’s say) but she’s actually a part of a project linked to Amadeus! Then we cut to Okabe and Moeka who’ve discovered a secret room in the facility, scrawled all over with the words “mommy” and a kid’s drawing of Mayuri. Evidently this is where Kagiri had been kept the past 12 years—and it looks like it wasn’t a nice place to stay! The episode ends with Suzuha running out into the rain looking for Kagiri and finding her phone on the sidewalk… 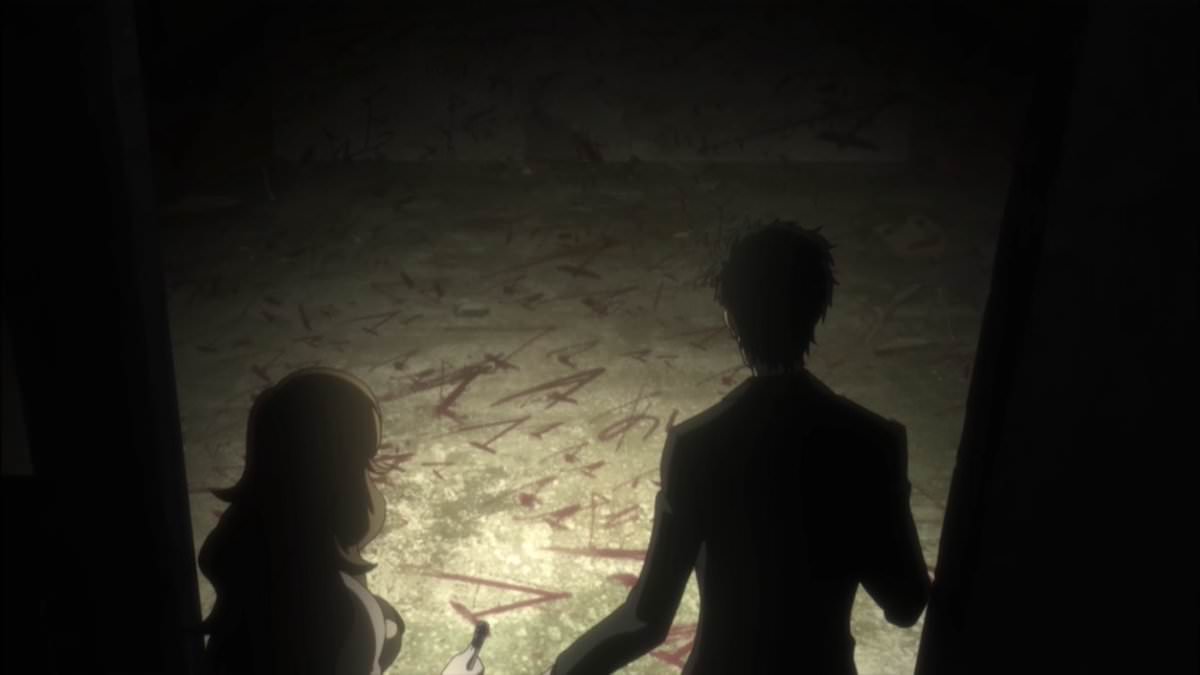 Wow, sounds like a jam-packed final few minutes! Indeed it is! It’s hard for me to say definitively because the earlier episodes have kind of melded together in my mind but this might be one of the best episodes yet! I am wary to commit to that opinion though as the lack of Maho is disheartening. But I know we’ll see her again soon! Although I’ve just had a horrible thought and now I shudder at the thought of it coming true! 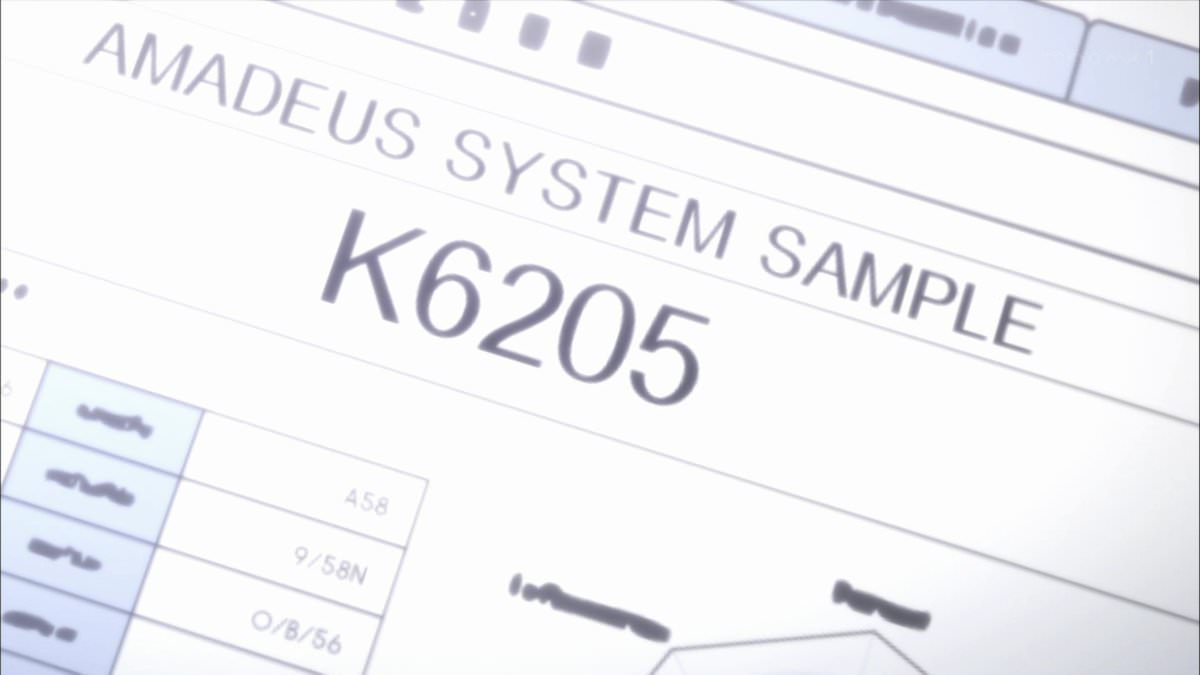 What? It’s not spoiler-y if it’s pure speculation? Well if a part of Kagiri’s future memories involve her being ‘experimented’ on for something related to Amadeus, what if Maho was involved in Kagiri’s kidnapping and imprisonment in this facility?! Hopefully not, I had high hopes for best girl Maho… Either way, the cliffhanger ending is back in a big way and I can’t wait to see how the rest of the series unfolds from here!