And what happens in this episode? Have I mentioned how much I love this twisted show recently?

Uh… probably, I don’t really pay much attention to what you say—keeps me sane that way. Well if I haven’t, allow me to iterate—I damn love this twisted show! I don’t know what it is exactly but every week I watch the events unfold with the biggest smile on my face!

I don’t think that’s the intended reaction, taking joy out of people’s misery… But it isn’t misery, this show is joyously, gleefully crazy, the show itself is the perfect encapsulation of its bonkers protagonist. And so when Satō is happy—the audience is happy—for better or worse! 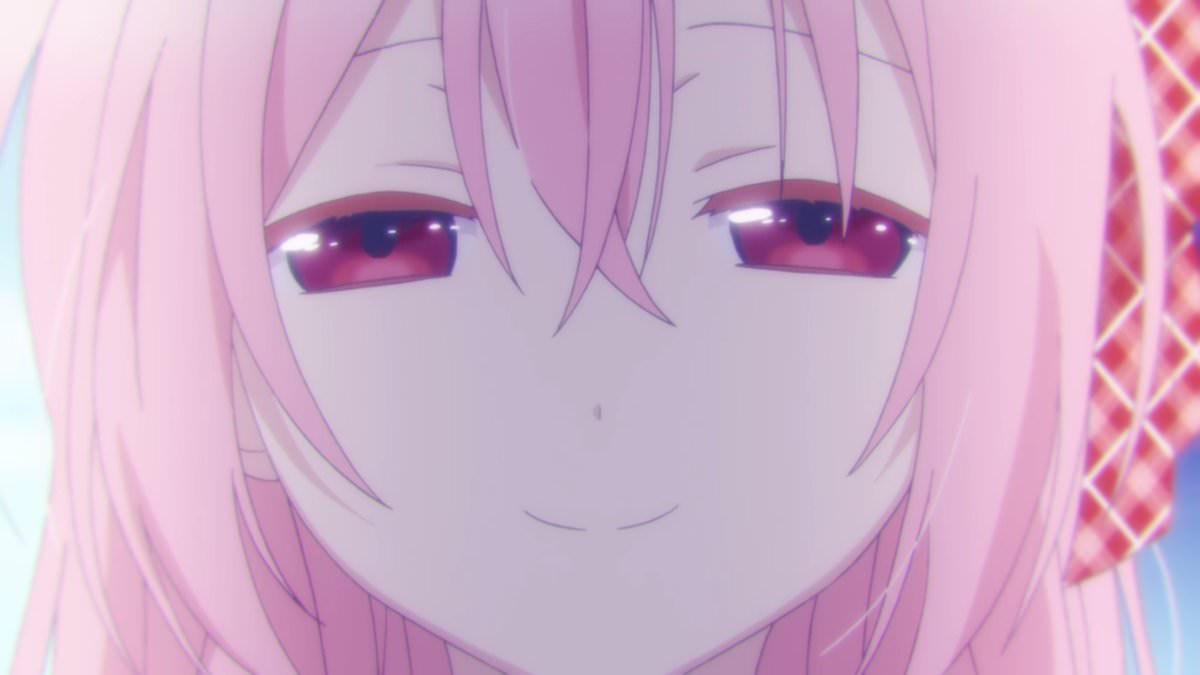 And is Satō happy? Well not to begin with, her darling Shio has gone missing but it’s not long before she finds her precious little loli in the hands of the two attackers’ who were previously laying the smack down on the possible pedo Mitsuboshi. Sato seduces one of the men then Tasers him, before proceeding to enact her bloody vengeance upon them by gouging out their eyes with a hunters knife. 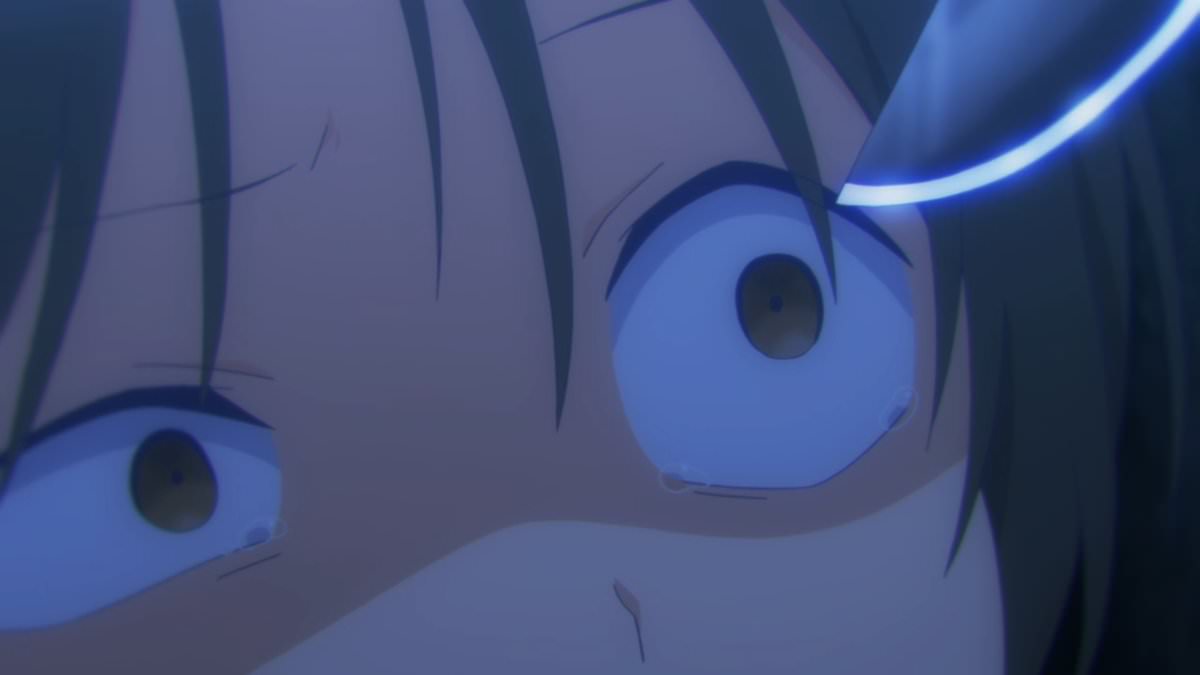 …that seems excessive! Does it? I mean they were violent thugs, who were only beating up innocent people for kicks. Surely you don’t expect me to sympathize with some low-rent scumbag villains?

Well I don’t know, I guess not, but are you rooting for Sato’s vigilante-esque actions then? I’ve always been rooting for; she ix the protagonist after all… 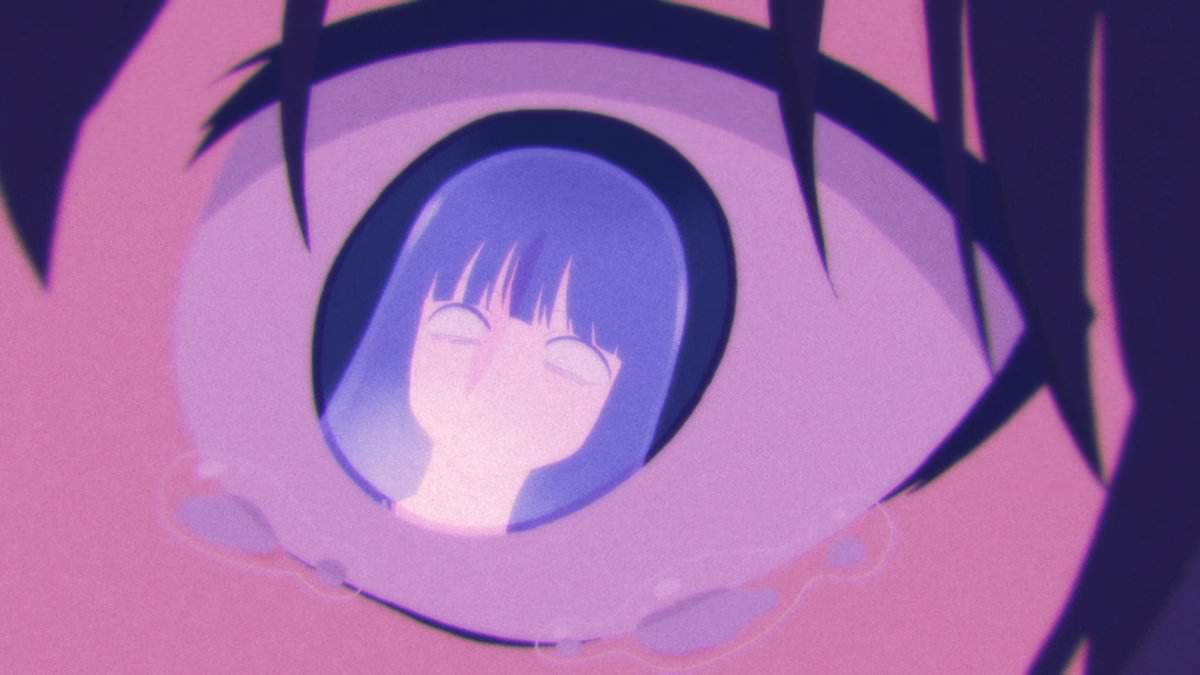 I feel like you’re making excuses for her horrible behavior because she’s a cute anime girl. And? What’s wrong with that? People idolize serial killers all the time!

Are you comparing yourself to ~those~ people? Careful with how you say “~those~” they might be reading this… But I think it’s fine to embrace the darkness every now and then—I think there’s something cathartic, almost relatable to the fact that literally everyone in this show has some degree of emotional trauma, anti-social perversion and/or psychotic tendency. Plus I think it’s a very Japanese mentality; that apprehension that anyone out there could possibly do you harm because you never know quite who or what they ~really~ are. As someone with an over-active imagination and a general disdain for the general public at large I can totally relate to that line of thinking. 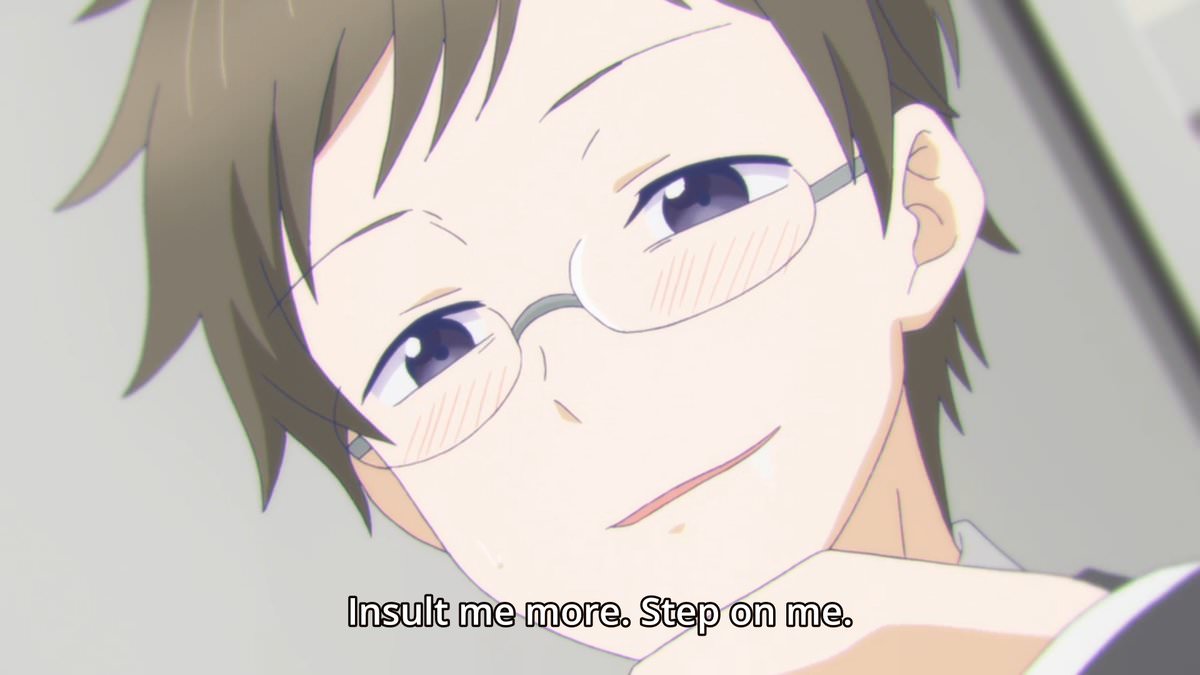 Not exactly healthy though—to go through life assuming the worst of people? If you expect the worst you can never be disappointed.

I guess that’s one way to look at it. So anything else you wanted to talk about regarding the episode? This episode kind of doesn’t do a lot to further the narrative, in fact I dare say it’s all character building—which is great, but it could leave some people bored—just worth pointing out. I think we’re building to some bigger, what with Shio’s demonic scrawling’s of her mother on the walls of the closet suggesting a far darker past than we may have imagined. Also the brief—but necessary check-in with Sato’s masochistic teacher and the after credits revelation of Sato’s female co-worker having a ‘thing’ for her all just adds to the melange. The future of this show promises more drama, more perversions, more violence and I can’t wait to see how more tangled this web will become! 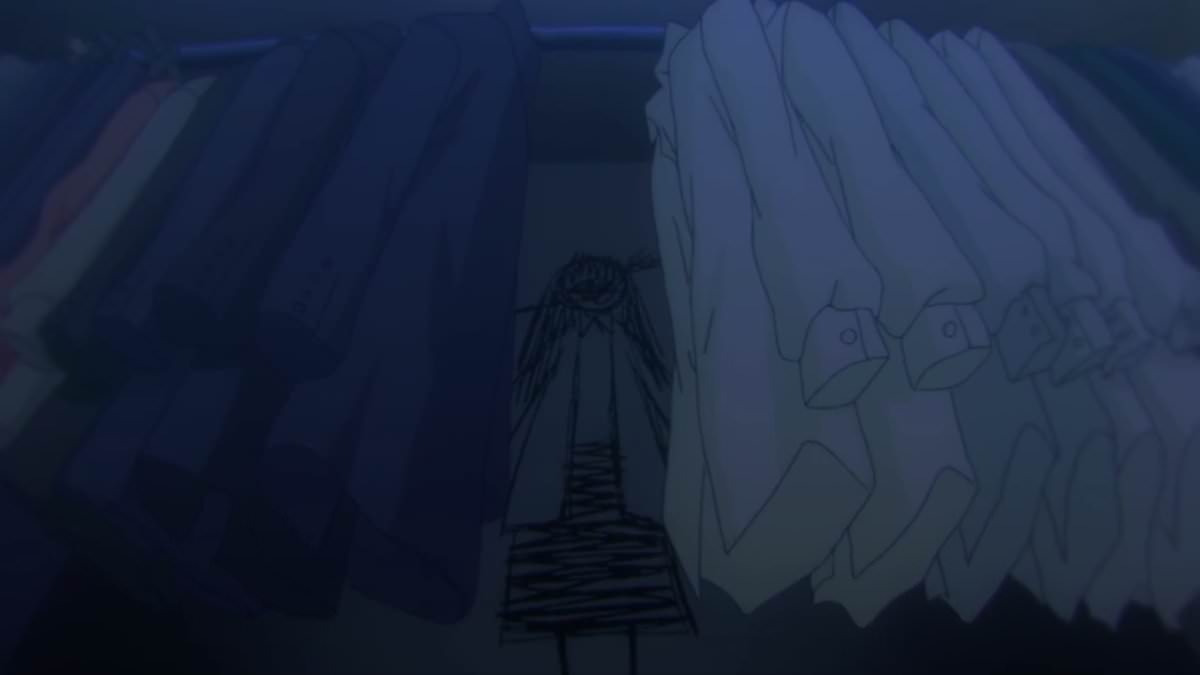