As with previous seasons the choices for ED (Ending) songs are always an embarrassment of riches, there’s just so much good anime music out there! Here is a list counting down the 10 Best Anime ED’s of Summer 2018 season! 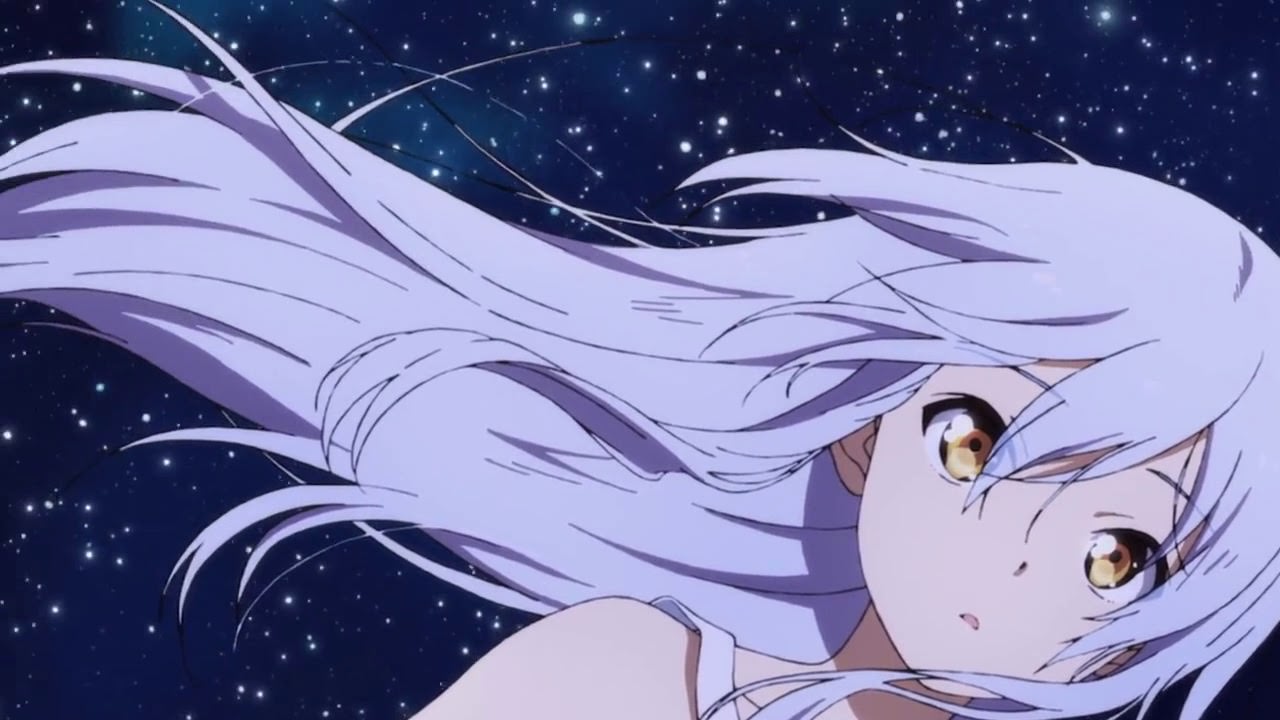 Musically this song is pretty cliche, it could be any anime song from almost any other show but the vocals are just gorgeous and darn if I’m not a sucker for that random bit of ‘engrish’ thrown in throughout. “I’ll promise you eternity” indeed… 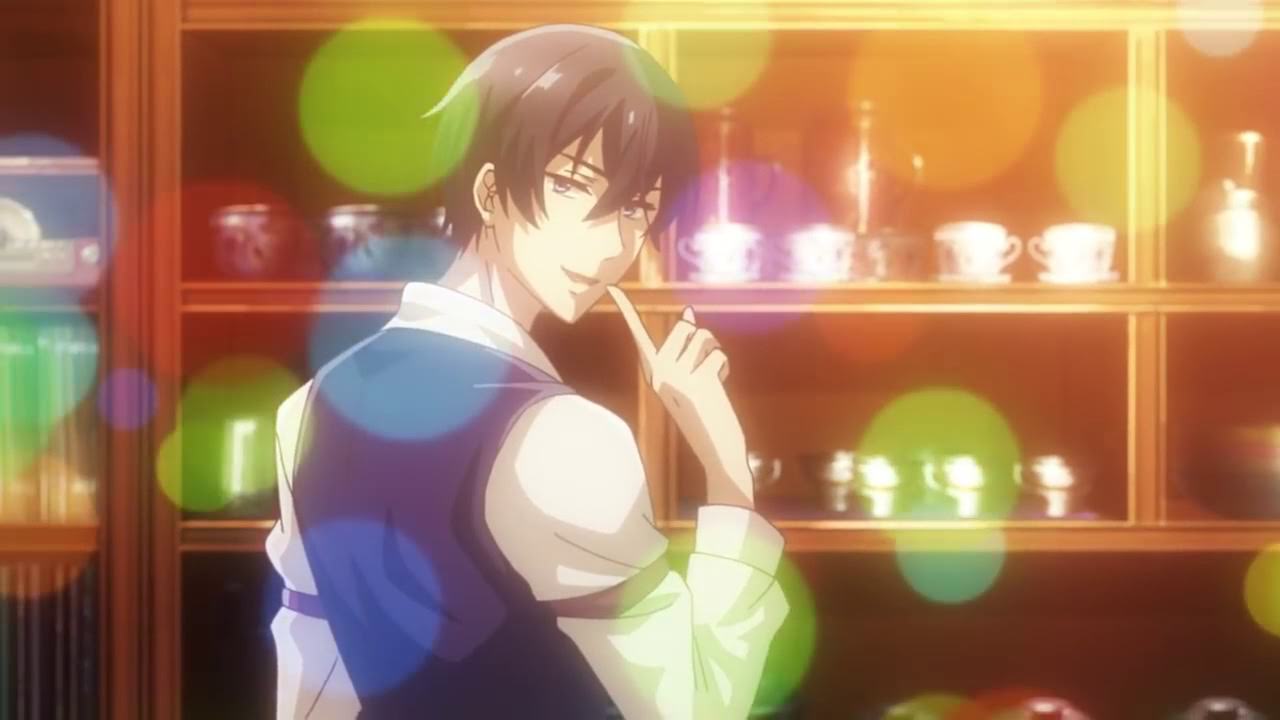 Normally I don’t go in for that traditional Japanese sounding style of music but when it’s kicked up a notch with some rock stylings (much like Kakuriyo OP) I can’t help but love the contrast! 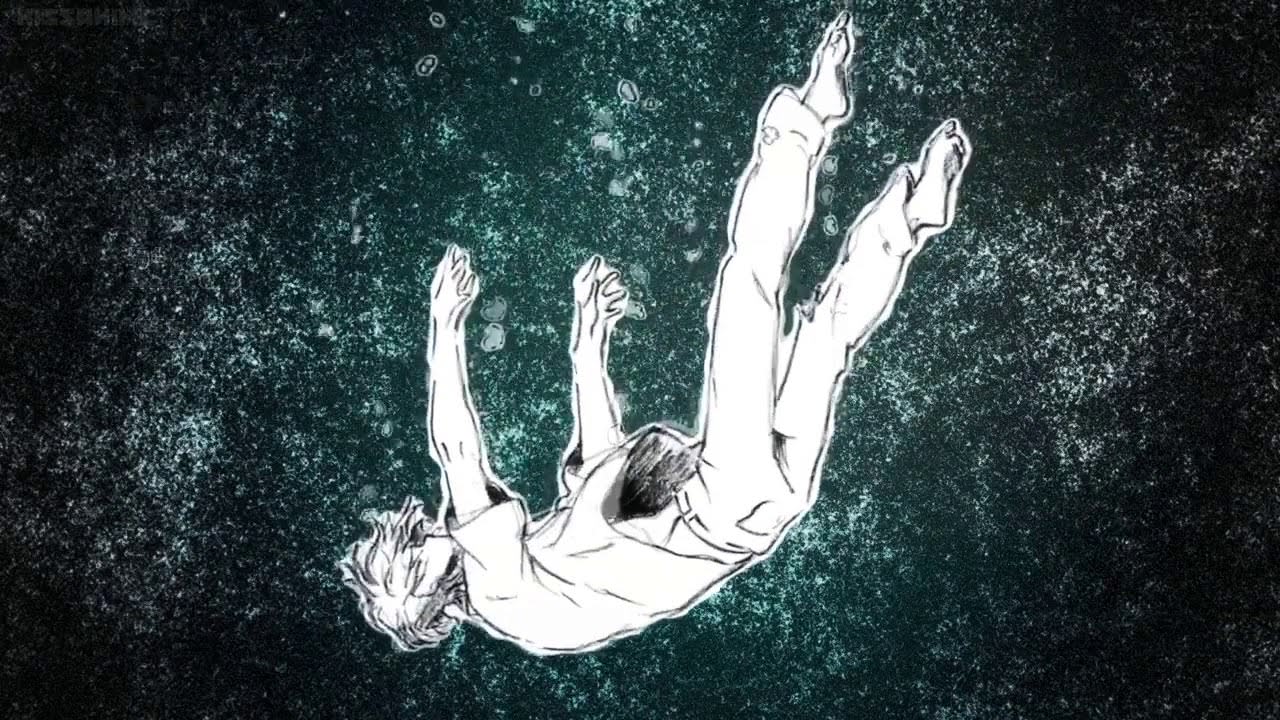 This song is just cool sounding and unique but also strangely reminiscent of a place and time I’ve never quite been in… Musically, this would not normally be my thing (make of that what you will), otherwise it’d probably place higher but there’s no denying it’s an extremely interesting track and one that probably benefits from listening to the full length version. 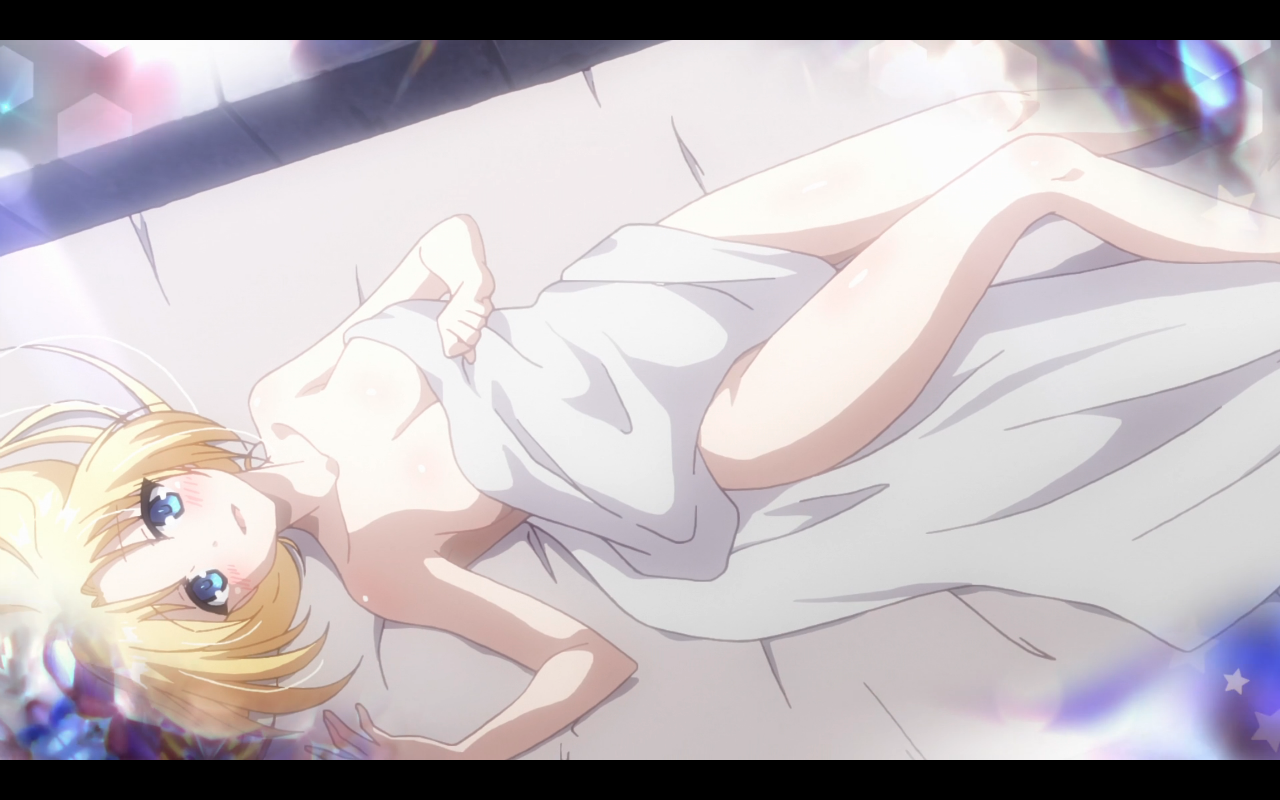 ~Number 6~
“Pray” by Haruka Chisuga from Angels of Death 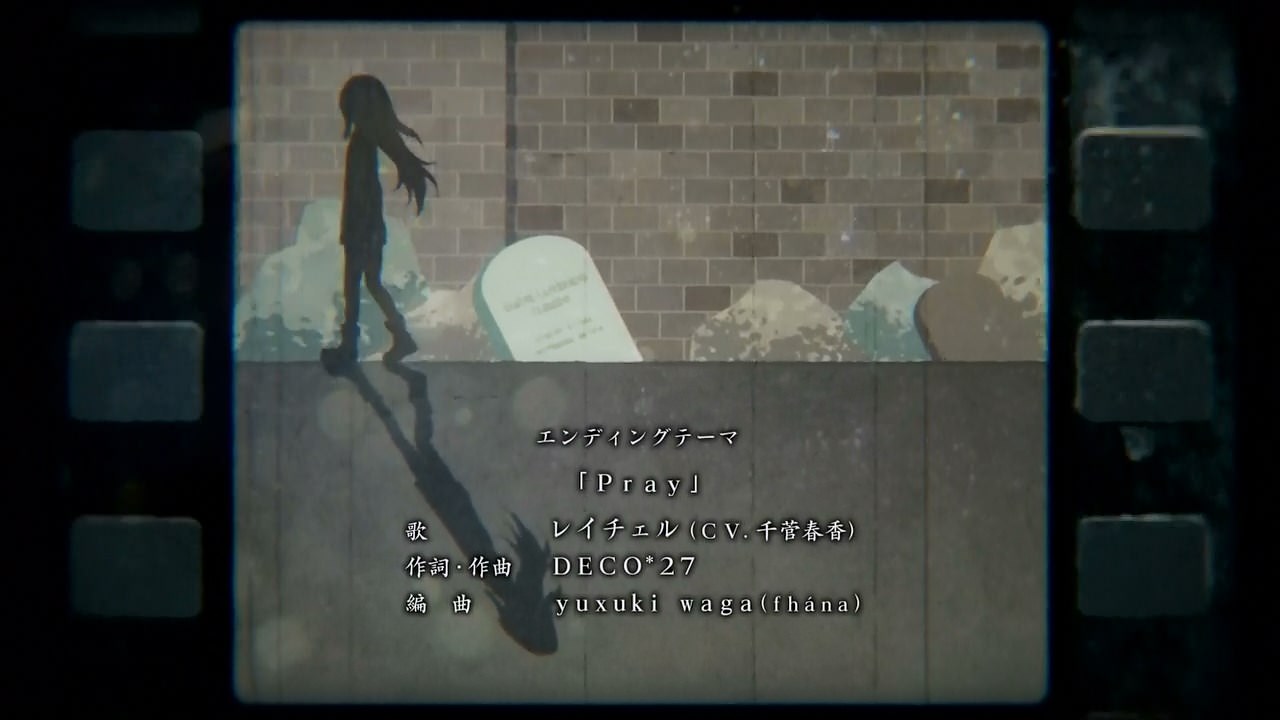 The hardest thing about dropping Angels of Death this anime was season was missing out on this gorgeous song at the end of every episode. It’s simply beautiful while also retaining a mysterious mood about it that’s very hard to replicate. 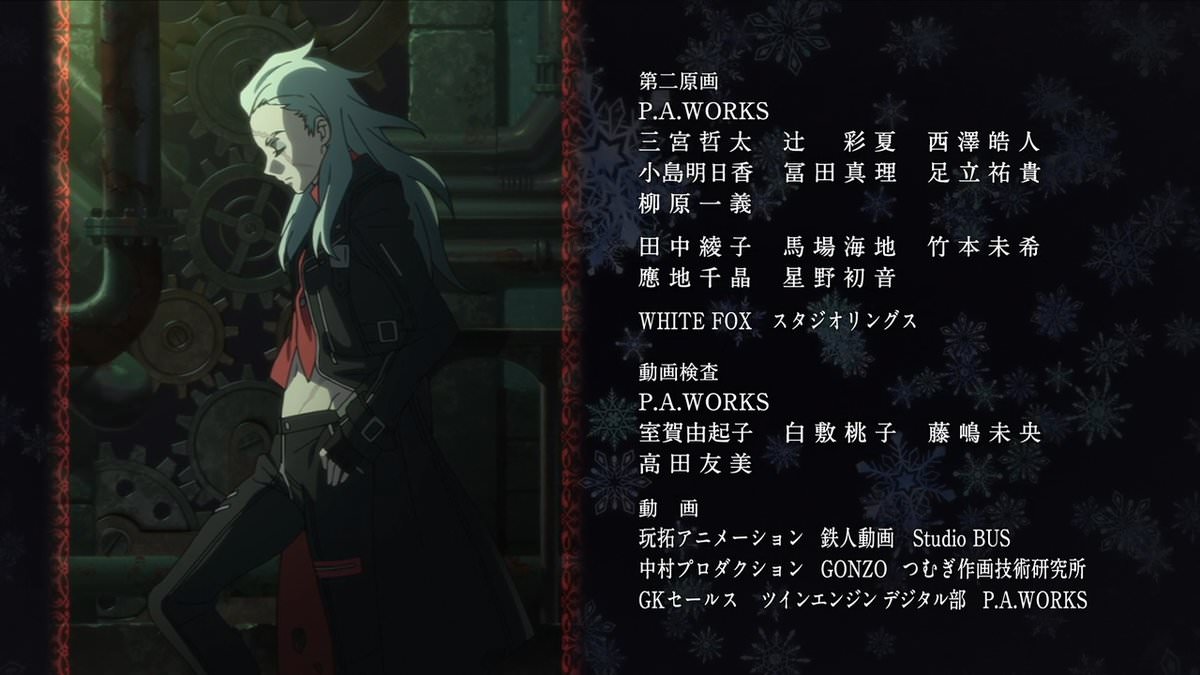 I always feel weird when I give an anime song this particular compliment, but… it sounds like an actual song I’d hear on the radio. And compared to some of the trash that passes for modern pop-music it’d be refreshing to hear something as good and interesting as this on the airwaves. 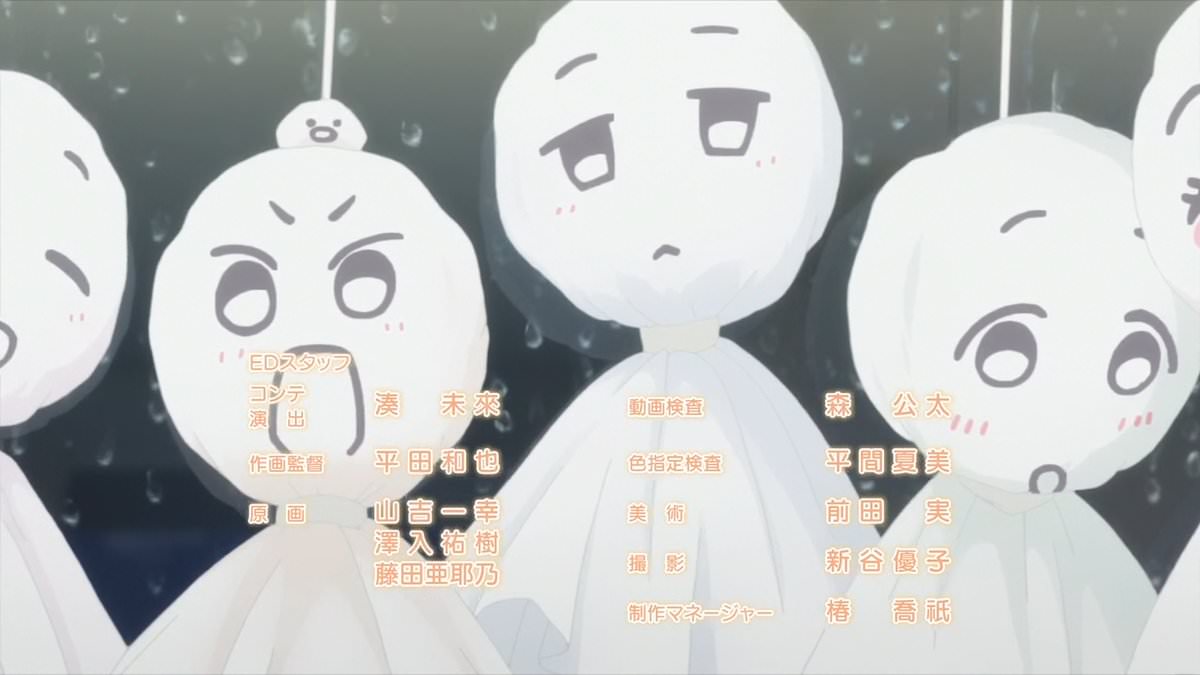 It’s intimate and sensual but comforting and warm all the same. Plus the opening 30 seconds to this song are just so damn cool and pulsating and interesting I can’t help but love this song!

~Number 3~
“CheerS” by ClariS from Cells At Work! 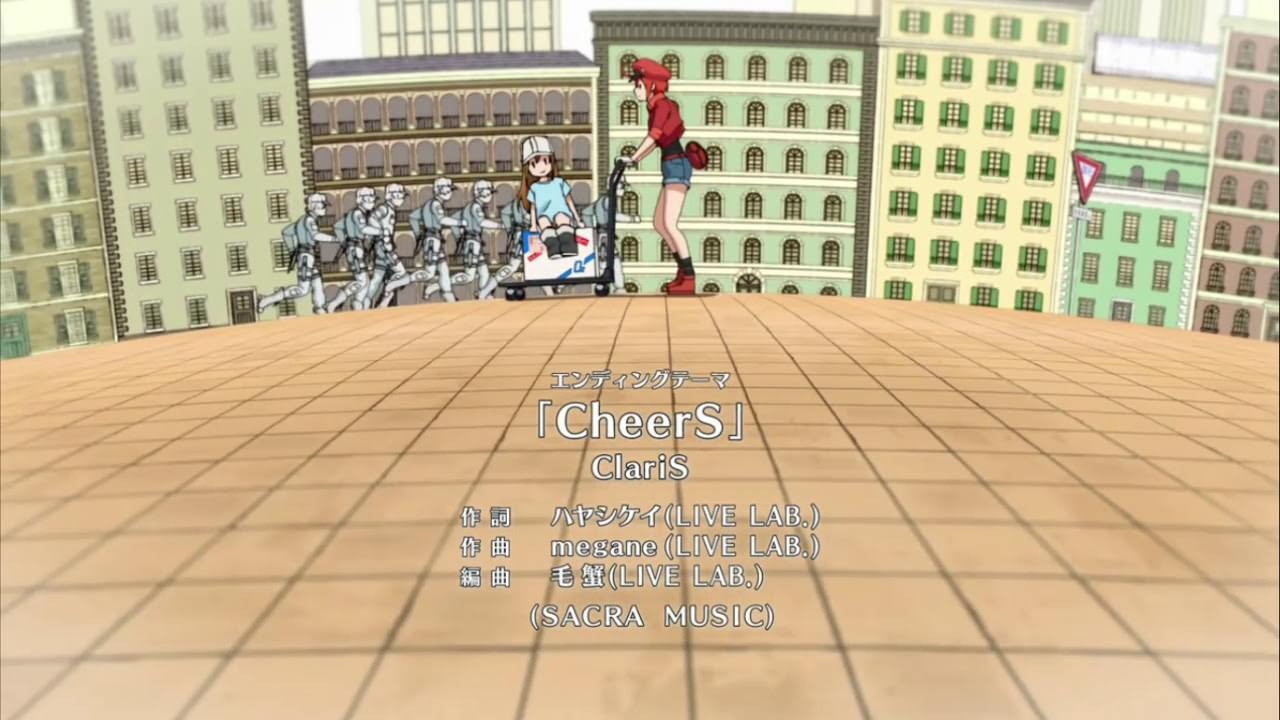 I mean holy heck it’s ClariS, of course this song is amazing! And that’s not some kind of artist related bias, they just consistently perform top-notch music, and this is definitely no exception!

~Number 2~
“Saiaku no Hi demo Anata ga Suki.” by Serizawa from How Not To Summon A Demon Lord 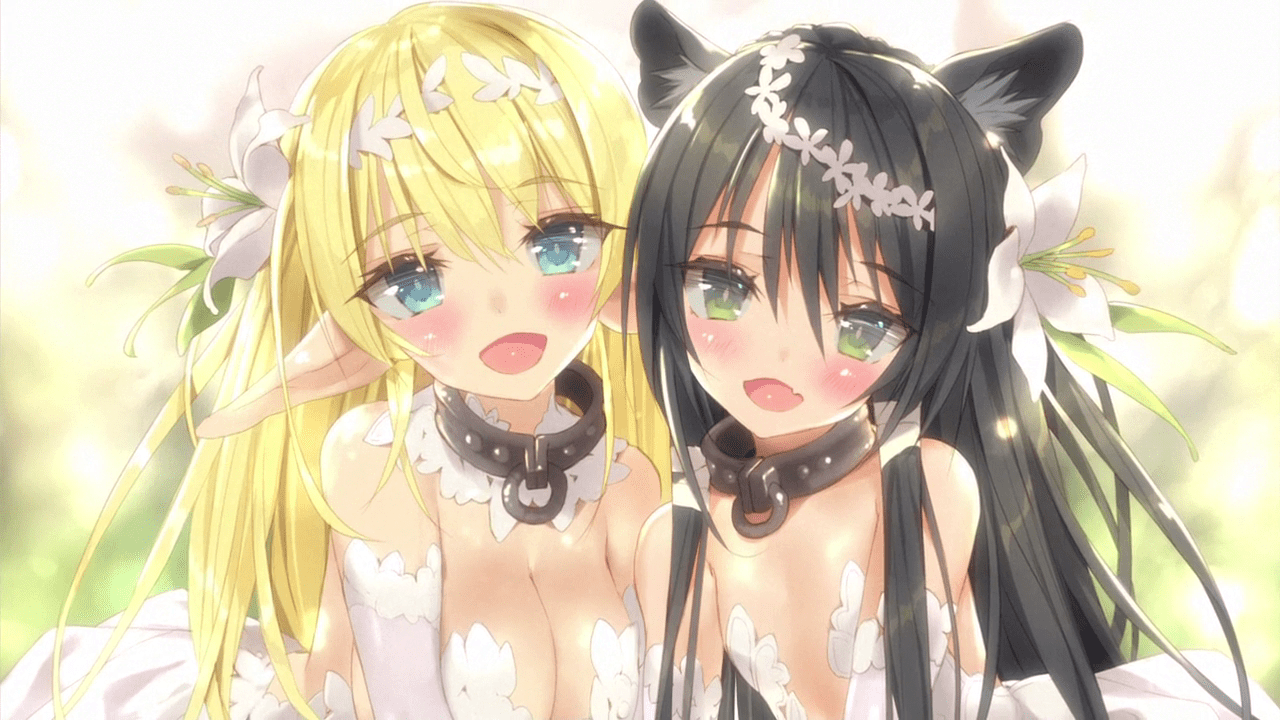 Confession time. I don’t normally look up the lyrics for an anime song… sometimes we’re lucky and the person subtitling an anime bothers to translate the lyrics–which is always a bonus! But most of the time I’m judging these songs solely on the ~sound~ and what Japanese phrases I recognise (as well as the random ‘engrish’), not this one though. It’s a totally great song in of itself, but I just adore the lyrics for this song–so much so that were it not for them this song would have probably been number 7 or 8 on the list. Maybe they mean nothing to you but to me these lyrics are pretty special. 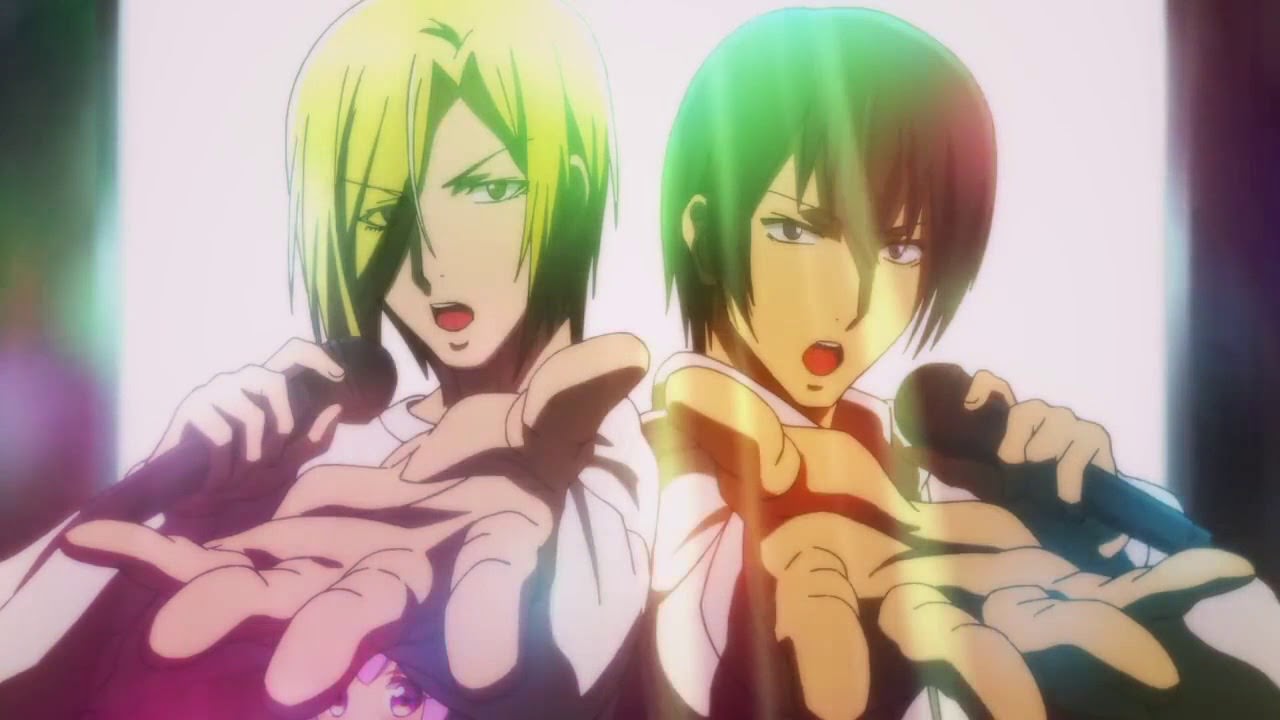 Like most of this show this ED is a joke, pure and simple. It’s a bunch of buff, drunk dudes singing (poorly) karaoke a song from a popular idol. It’s not a good song to listen by itself, hence why it can’t score a place on the ~actual~ list, but it’s just so much silly fun I couldn’t not mention it. Hence the ‘honourable mention’!

In my list of the Best OP’s of the season I lamented that it seemed like a lot of the ~really~ good metal songs seemed confined to anime for women (I hate using that phrase but you know what I mean), but here we are with Asobi Asobase to the rescue! And what’s even better is that isn’t some kind of joke metal song, perhaps in the context of the show the tongue is firmly planted in cheek but listening to the song removed from the show this is legitimate quality heavy metal that evokes the best of the likes of Cradle of Filth but with the vocals of the three female leads to accompany. I could legitimately listen to this song all day.

And there we have it, my favourite of Summer 2018’s ED songs! What did you think? Agree, disagree? Leave a comment below and stay tuned for my list of the worst ED’s of this season coming soon!