What’s the show? Dropkick On My Devil!, Episode 8.

So what happens in this episode? …Man this show made me think this week… and that’s not what I usually expect from this show so I’m not quite sure how I feel about that…

Oh? Well that at least sounds more interesting than the usual ‘cartoon violence and cruelty’! You’d think so but I kinda hated a lot of this episode—I know I know, it’s almost a meme to say something along the lines of “how dare this ~thing~ I watch for mindless entertainment make me think!” But that’s exactly where my head was—like don’t go about bringing in cold hard realities into my silly comedy about angels and demons! 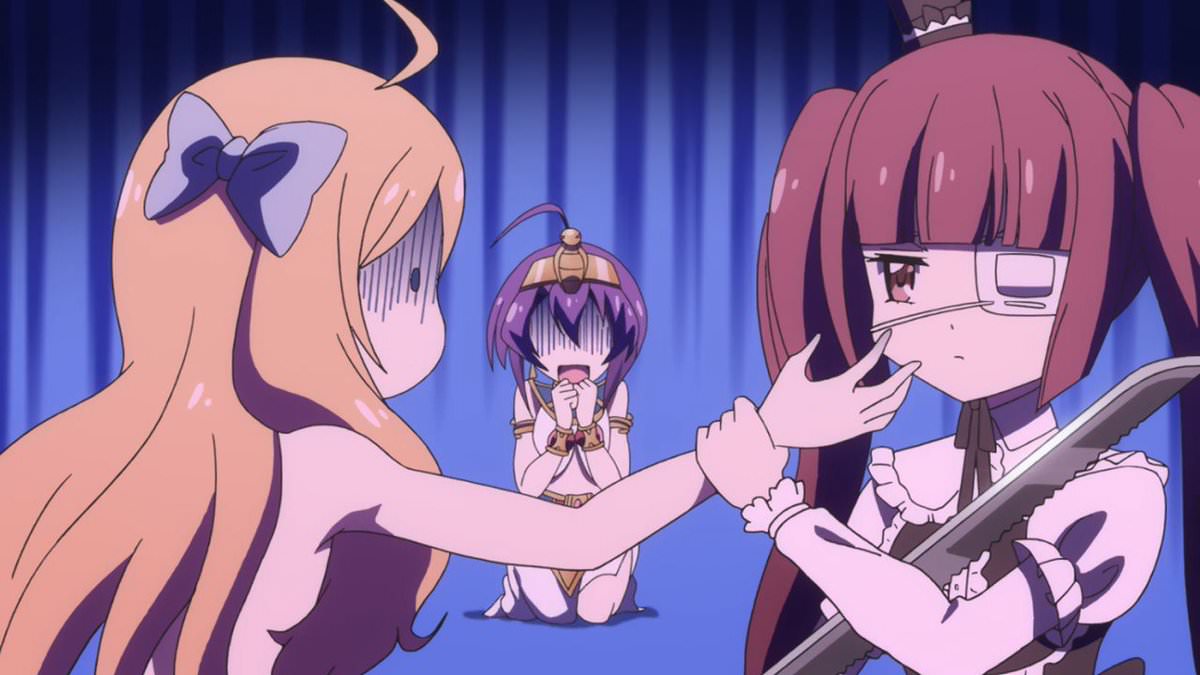 And what made about the show made you “think” too much? I guess Pekola’s become the moral compass of the show and she’s gone from being a poor, pitiable homeless fallen angel into some sort of fact spewing, holier than thou, Japan-hater. It’d be like if Anzu from Hinamatsuri suddenly started giving out statistics about Japan’s systemic inequality problems that have led to homelessness—nobody wants that!

Some people probably want that… And I don’t ever want to meet those people! I’ll admit I’m a shameless Japanophile, to the point where I willingly and wilfully overlook the various ~issues~ Japanese society as a whole has with many things because I love the culture and modern convenience afforded by the city (not to mention everything to do with anime). But I don’t need the anime I’m watching telling me that Japan ranks as the 40th best place to live in the world, 51st for happiness, 2nd for the country where people get the least amount of sleep, country where people take the least paid leave from work, and 114th in the world for gender equality gap. 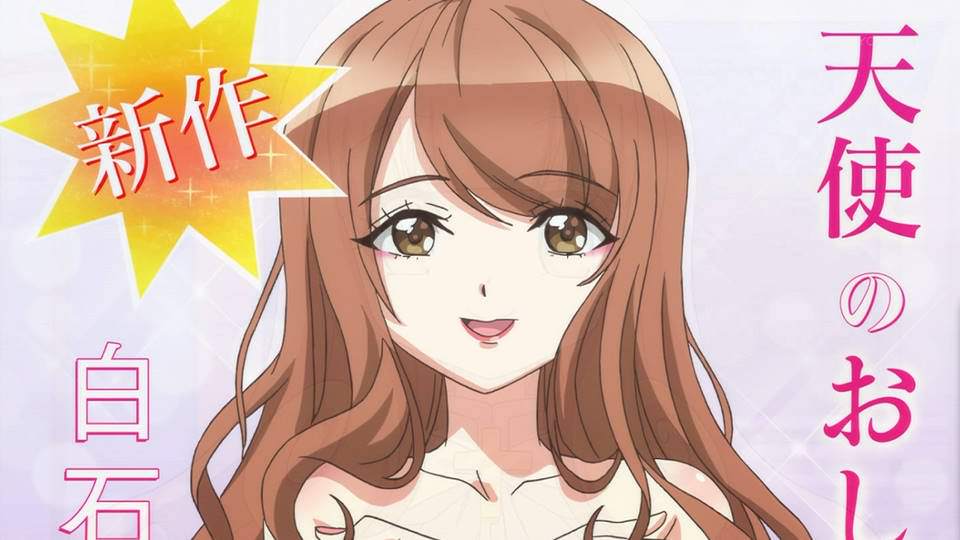 Harsh realities can be a bitter pill to swallow… Ugh, is it too much to ask for a little escapism? I know I’m absolutely being selfish here, I know as a white, straight, cis male living in Australia the last thing I should be doing is criticising a show for bringing up ~actual~ issues affecting actual people on a daily basis. I should be praising this show for being politically minded and raising issues that people might otherwise overlook but I just can’t right now. 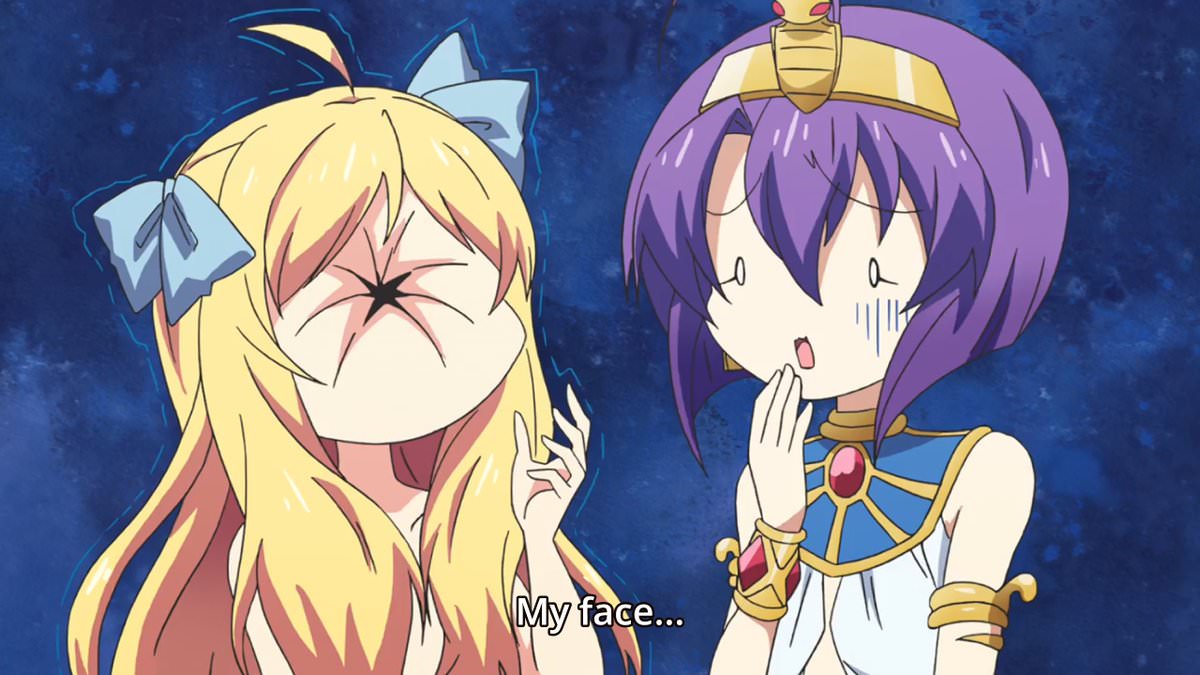 I have to ask, is the issue the message or the messenger? Do you mean, ‘would I be okay if a serious show brought up these issues’? I mean, yeah probably, if I was watching something like Persona 5 or Tokyo Ghoul and they felt it plot relevant to drop these stats I’d be like, *strokes chin* “hmm, these are some serious issues that should be addressed”. But having them here, sandwiched between scenes of Jashin-Chan gambling all the dinner money on Pachinko and deep throating a giant sushi roll it’s just a little hard to see it as anything other than a writer who came across of negative statistics about their country while writing a manga rather than anyone with something meaningful to say beyond depressing bullet points. 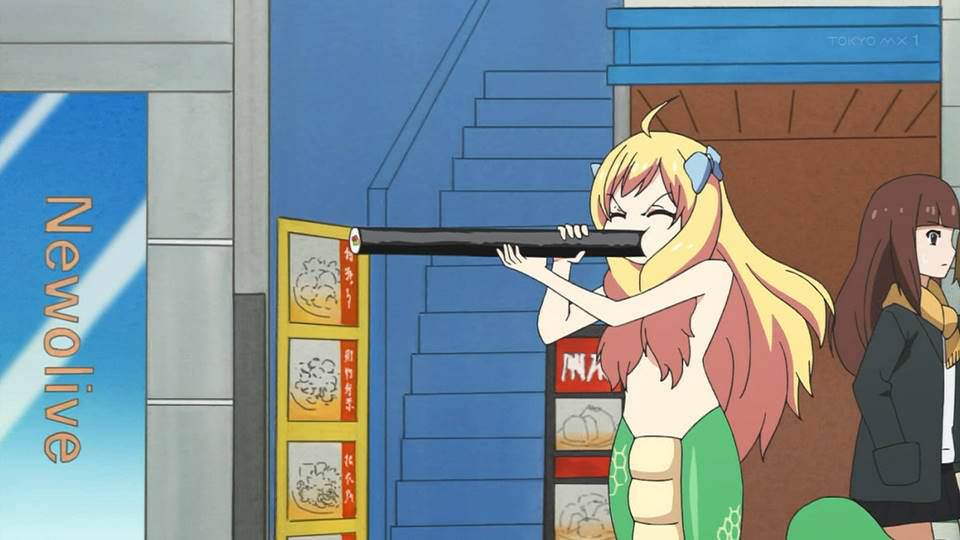 Still… that “114th for gender equality gap” is pretty atrocious. Yeah, no denying that. Pretty damning…

Okay, so what happens in the episode aside from the stat-spewing fallen angel causing you to rant far too long? Other than that it’s kind of an ordinary episode, Jashin-Chan is an absolute c-word to everyone around her—not the least poor Medusa who she’s still using as her personal ATM. Then there’s the introduction of a cute little Ogre (Oni) who comes to visit. Plus some kind of inspired commentary on the way attractive women can make money in Akihabara by “letting men lay on your lap and clean their ears” and “selling artwork to wealthy otakus” that was far more prescient and relevant to the show then the ‘other’ social commentary. 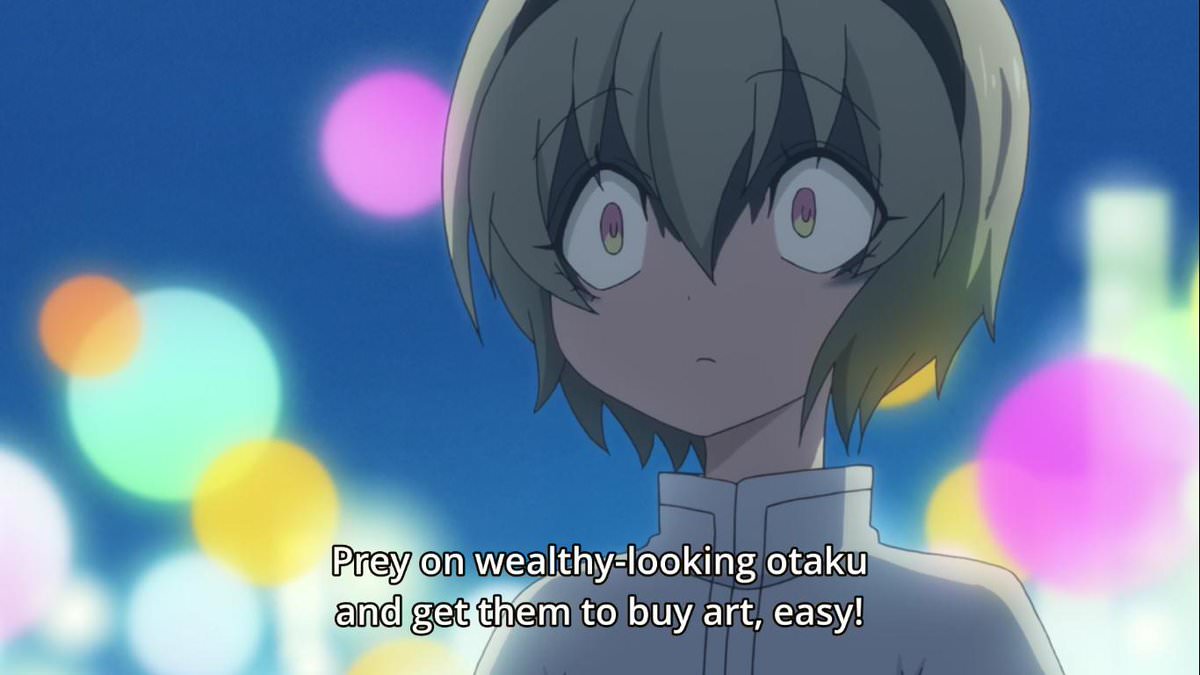 Well, we almost went a paragraph without returning to RantVille. Anything else? Oh yes. Jashin-Chan, in addition to blowing all the household food funds on Pachinko also develops a mobile gaming habit, racking up thousands of debt on Medusa’s credit card. And despite it all Jashin-Chan is remorseless, so Yurine has only one choice, drop her through a time-portal in the floor of her apartment, sending Jashin-Chan back in time to repeat her actions until she learns the error of her ways. 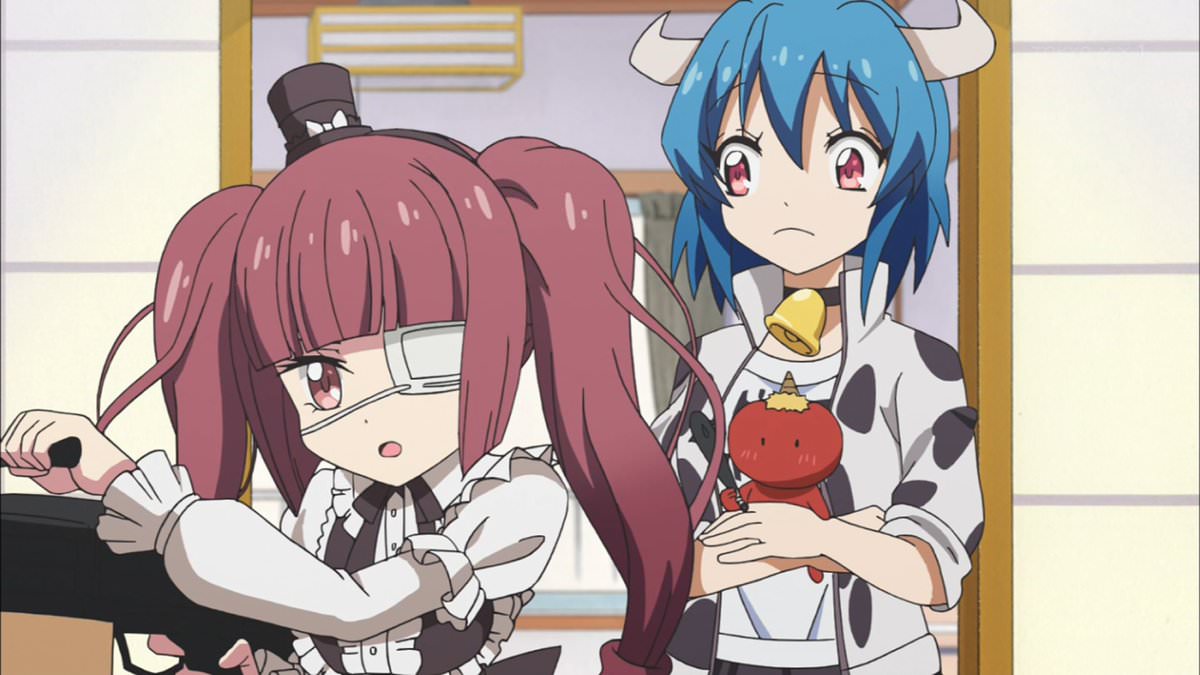 Sudden time travel? You okay with that? Yeah, it’s a comedy after all anything goes!

Previous Dropkick On My Devil! Reviews: