Another episode of ~this~ huh? So yeah, Music Girls—kinda like this season’s ‘Last Period’ in that nobody else seems to be watching this show—least not anyone on the reviewing side of things! If anybody is still watching this show leave a comment, I’m curious!

So what happens this episode? Well the Music Girls appear on a variety type-show for idols to participate in and—well if you’ve ever seen a real life show called ‘VS. Arashi’ you’ll pretty much know what’s going on here.

Wait, what’s that? I, from time to time watch a show called ‘VS. Arashi’ that is basically a Japanese variety show in which members of the boy band Arashi compete against other celebrity entertainers and sports people at various physical and skill based games. I’ve never listened to Arashi’s music before but I just love Japanese TV so much that the fact it airs on network TV in Australia means it’s a fun little diversion from anime. There’s probably a female idol version of this show that ‘Music Girls’ is more directly referencing but I don’t know of any so this was my closest comparison! 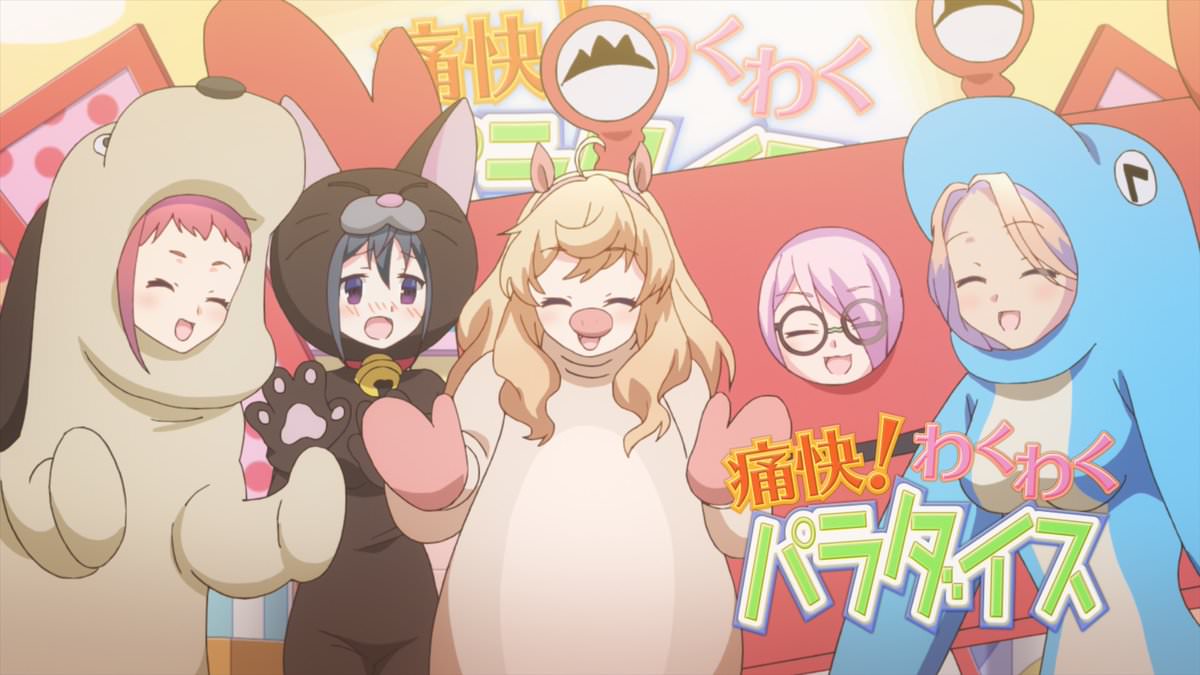 Right… and how’s that work out? Well it’s almost as interesting as watching a Japanese variety show—just with the added character interactions and introspective inner-monologues from Roro and Kiri who are the main focus of this episode and darned if they don’t do a good job of making these characters absolutely endearing despite the, ah…

The ‘what’? Don’t hold out on me now! Studio Deen at it’s ‘Deen-iest’, I feel like we need a term for really loose looking animation that isn’t necessarily a detriment to the action on screen but is still noticeably janky. I think “This animation is so DEENY” works well for me!

…Yeah, sure it’ll catch on… So anything else you wanted to add? Aside from the dreaded make-up episode this episode is pretty underwhelming. Sure I said it was as entertaining as a variety show but guess what, turns out there’s a reason that there aren’t any wholly animated variety shows out there—it’s not actually as fun to see animated people do things that’d be only passably interesting for a real person to do! If they’d made things over-exaggerated in a Food Wars-esque way this could have been brilliant but as it stands it’s pretty mundane, also the host of the variety show is relentlessly annoying. Oh, but the episode ends on an absurdly forced cliffhanger as Uori—the leader of the Music Girls—who lost her voice just before their live TV performance, overhears fans saying the performance was “more interesting” because Uori wasn’t singing.

That’s gotta hurt. I mean yeah, maybe, but they were obviously meaning “more interesting” because it was ~different~ to the usual stuff they do. I mean this just screams drama for the sake of drama, but then again that’s kinda Uori’s whole character in a nutshell so I guess we’ll see what happens with that next episode!