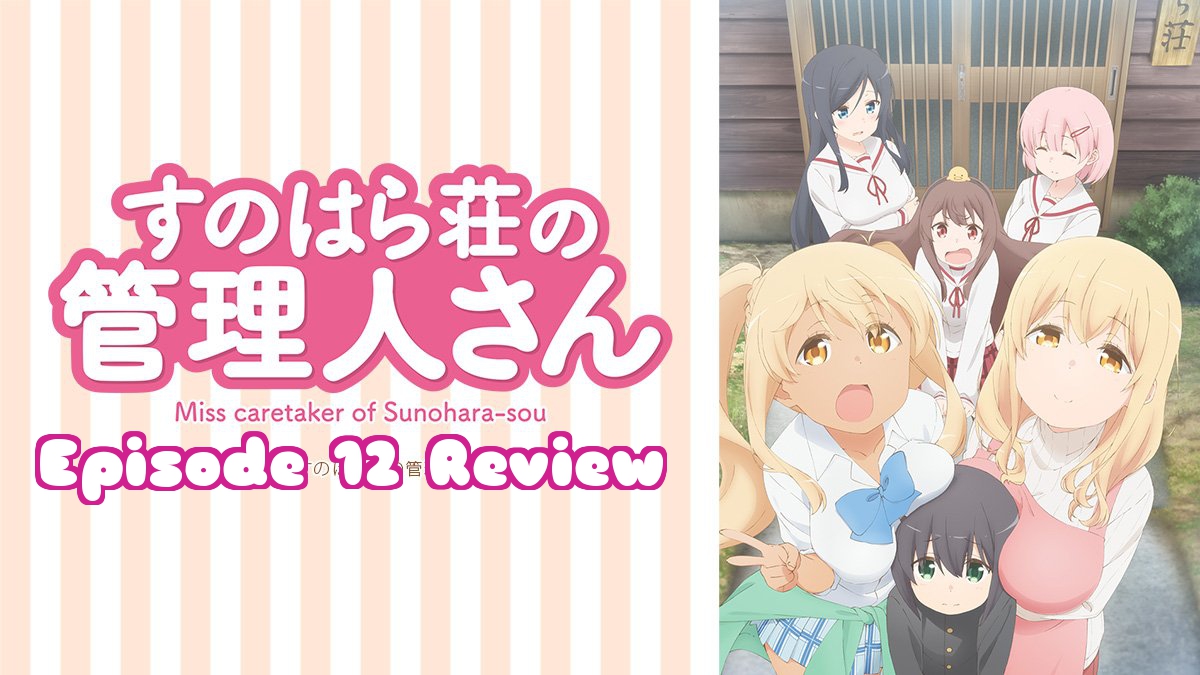 So we’re at the season finale of “boy ‘n boobs” how is it? I thought I told you to stop calling it that!

Yeah, yeah… so what’s this episode about? It’s a Christmas Episode (and technically a New Year’s Episode too—but mostly Christmas!) And I don’t engage in hyperbole often but I dare say that this is the single best Christmas episode of any anime I’ve ever seen!

Pfft, you always engage in hyperbole—it’s practically your go to! Don’t try and pull the boobs over our eyes! I’m serious—I mean granted a lot of my experience of anime Christmas episodes are based of slice of life and CGDCT shows, so maybe there’s really good Christmas episodes in genres I ~don’t~ have that much experience with but out of the Christmas-themed episodes I’ve personally seen this is easily the best of the best.

Okay, so what’s so good about it? It’s just so damn wholesome—which after last-week’s ‘slightly uncomfortable sister shenanigans’ it was sorely needed.

And what happens in the episode? Well after some Kotatsu shenanigans with the caretaker, we cut to Christmas Eve and Aki and Yuzu are walking along when Aki mentions how excited he is for Christmas, hoping that Santa brings him a good gift, wonders if he knows that he’s moved into the dorm and that he intends to try and stay up late to catch a glimpse of the man! Yes, our little Aki still believes in Santa Claus. And thankfully it’s Yuzu who’s the first to hear this revelation—despite the fact that she’s the dorms resident tsun, she doesn’t tease him about it because she too recently believed in Santa Claus and knows the heartache that comes with learning the truth. She even says to Yuri and Sumire that she was “out of commission for a week” after learning that Santa doesn’t exist.

That’s pretty adorable, I must admit. Yep and so it continues on, Yuzu let’s everyone in the dorm know not to mention “the truth” and what’s more she intends to ‘sleep with’ Aki in order to make sure he does fall asleep and isn’t left disappointed. Also, minds out of the gutter, she’s just sleeping next to him.

So does he find out? Is his Christmas ruined forever? Thankfully for Aki, he doesn’t. His sister stops by to give him his present, and Ayaka the caretaker just happened to be dressed as a sexy Santa so the two of them quietly enter the room to leave the presents on the pillow, at which time Aki opens his eyes and in his hazy state comes to the conclusion that, “wow Santa Clause sure looks a lot like the caretaker”.

Is that all? Would it be the best Christmas episode ever if that was all?! Of course not! Returning to slumber we enter Aki’s dreams for a moment and are treated to one of the most adorable and wholesome scenes this show has done with Aki, Ayaka and Nana riding through the sky over Tokyo in a sleigh that’s being pulled by Yuzu, Sumire and Yuri—all dressed as reindeers! I probably don’t do it justice but rest assured this episode will be getting a repeat viewing at Christmas and every Christmas henceforth! I loved it that much.

Right… well that’s certainly high praise… probably… So, uh, what was that about New Years? A much shorter portion of the episode is spent with New Years, and thankfully the usually dull ‘shrine visit/make a wish’ portion is confined to play during the end-credits. The actual meat of the New Years section is our core cast sitting down to have some New Year’s Soba, then Aki tyring to stay awake to midnight so he can keep the caretaker company, it’s very low-key but like the rest of the episode it’s unfailingly sweet. And then that’s it!

So overall thoughts on the Miss Caretaker of Sunohara-sou finale? Arguably my favourite episode of the season, it was just joyous from beginning to end, and I’m usually not too keen on holiday episodes so this was especially surprising! It still has its requisite level of big-boob fan-service and shota worship but it’s never distracting enough from the Christmas spirit, and you know what else, it’s also got some of the best character development and humour in the whole series too, really a benchmark episode and I’m genuinely sad this show has come to an end.