So, uh, you kinda weren’t too keen on what this episode was going to be about when they teased it last week? Did it live up to your lack of expectations? As much as I hate to admit it… they kinda pulled it off—even with all my preconceived annoyance at the idea of Midoriya and Bakugo “needing” to fight. But that’s a big italicised and underlined kinda… because it’s still all absolutely unnecessary.

Wait, so you say the “pulled it off” but it was also “unnecessary”? How does that work? Well in the direct context of the show I bought it, plus it was well-written enough that I understood the intentions even if I absolutely hate the ~idea~ of it—I still do hate the idea mind you, I’ve just made my peace with it because of the aforementioned ‘positives’ of the episode. 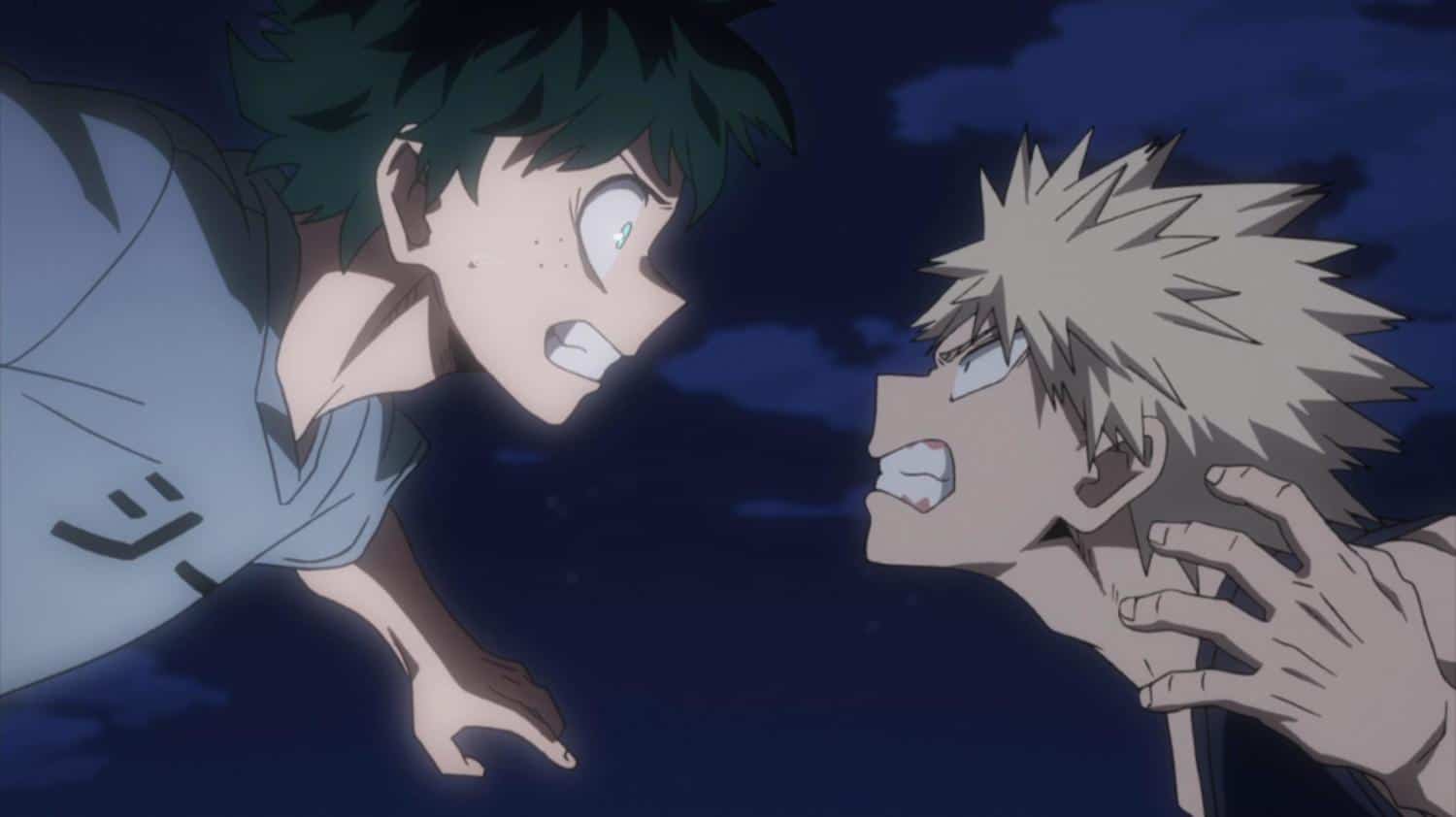 Okay, I think you’re going to need to explain your problems with them having a fight seeing as you glossed over it last week as you pre-empted this week’s potential for a rant. I don’t like the idea that men have to fight each other in order to come to terms with things they’re feeling but can’t verbalise, it’s all under that delightful ‘toxic masculinity’ umbrella that irritates me so. I hate that we have a culture that celebrates being “tough” and negates the benefits of actually speaking about your problems and so whenever characters who are in all respects ‘allies’ and not ‘enemies’ decide that whatever ~problem~ has come between them needs to be resolved with fists instead of words I die a little inside. This is a problem as old as time itself, and perpetuating these negative “masculine” stereotypes is just wrong. 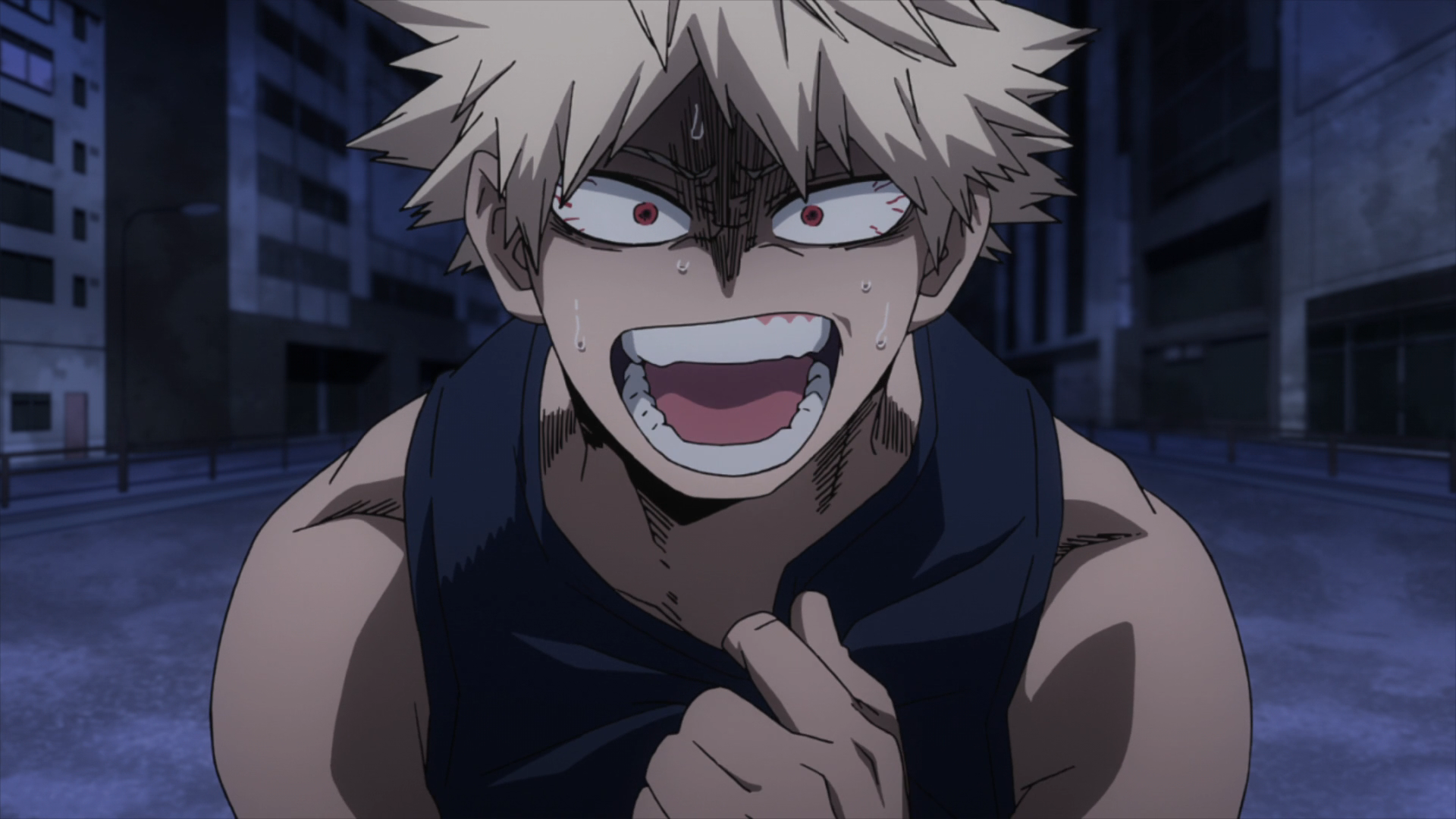 Makes sense I suppose, so I take it this episode at least gave a good enough reason for them to be fighting? Not really, it tried. I mean I ~love~ that Midoriya is open enough with his feelings that he only wants to talk about it, I’m so glad he’s the protagonist and not Bakugo. But Bakugo, ugh… I don’t hate him… but I absolutely pity him. I pity his irrational, violent sensibilities that make him so emotionally inert to any kind of reactions aside from insulting people and wanting to punch things. It’d be funny if there weren’t innocent people suffering at the hands of ignorant people like this in the real world. 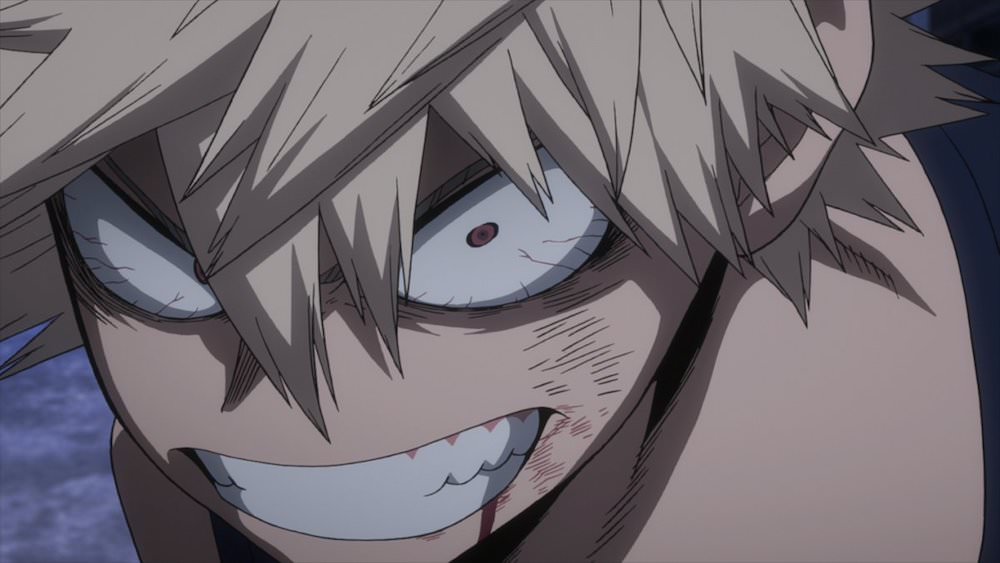 Bringing it around to “reality” huh? Sure that’s wise, I mean we’re talking about a superhero anime here… Doesn’t change the fact that Midoriya and Bakugo are in a relationship—and calm down ‘shippers I don’t mean like that. You don’t have to be dating or sleeping with someone to be in an abusive relationship and that’s what it felt like Midoriya was having to deal with here—a “partner” who can’t express themselves verbally so they have to lash out with violence instead. 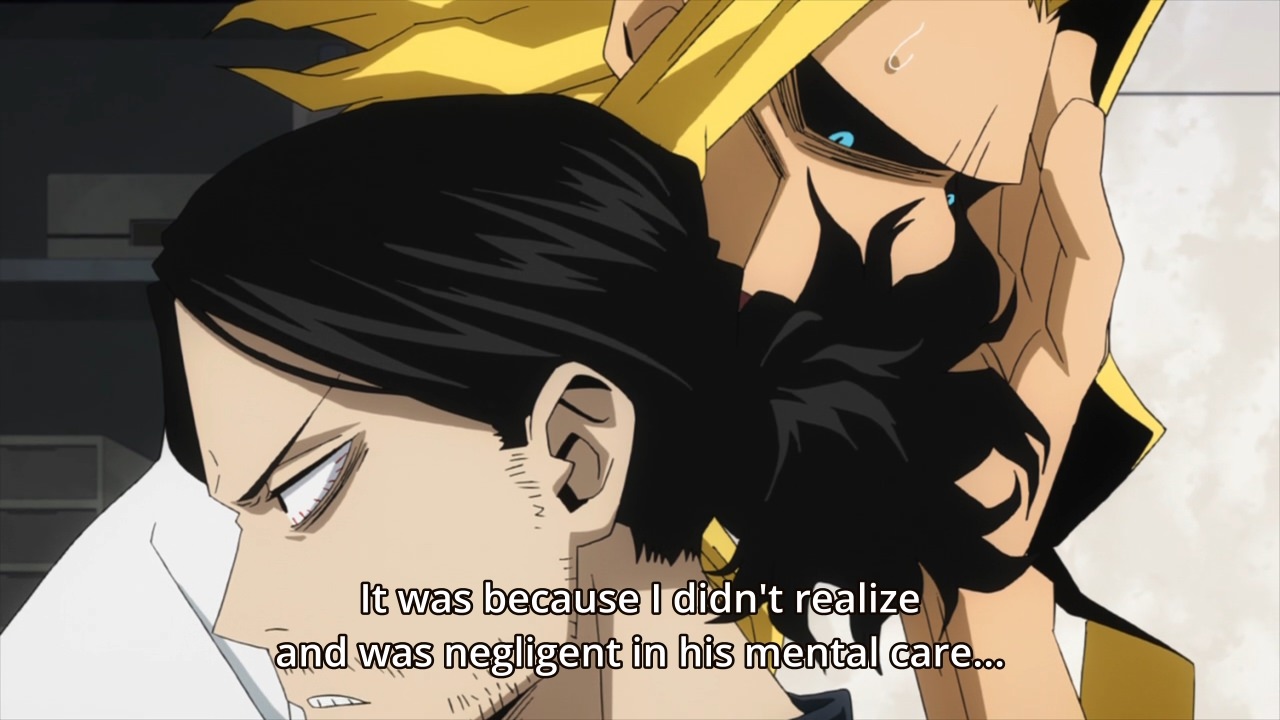 Do things at least get resolved by the end of the episode between the two? Kind of but not really, after their fight—which Midoriya loses by the way (make of that what you will)—All Might steps in to allay Bakugo’s insecurities and guilt, you know the reason Bakugo’s apparently been acting this way. Which I think is kinda bullshit because the many flashbacks show that he’s always been a dick to Midoriya so all his recent ‘hang-ups’ seem more like an excuse than anything. But as I said it’s still well written and well voice acted and I wasn’t bored at anytime during the episode so there’s that at least. I’m glad this mini-arc is over and we can hopefully get some interesting plot in before the end of the season! 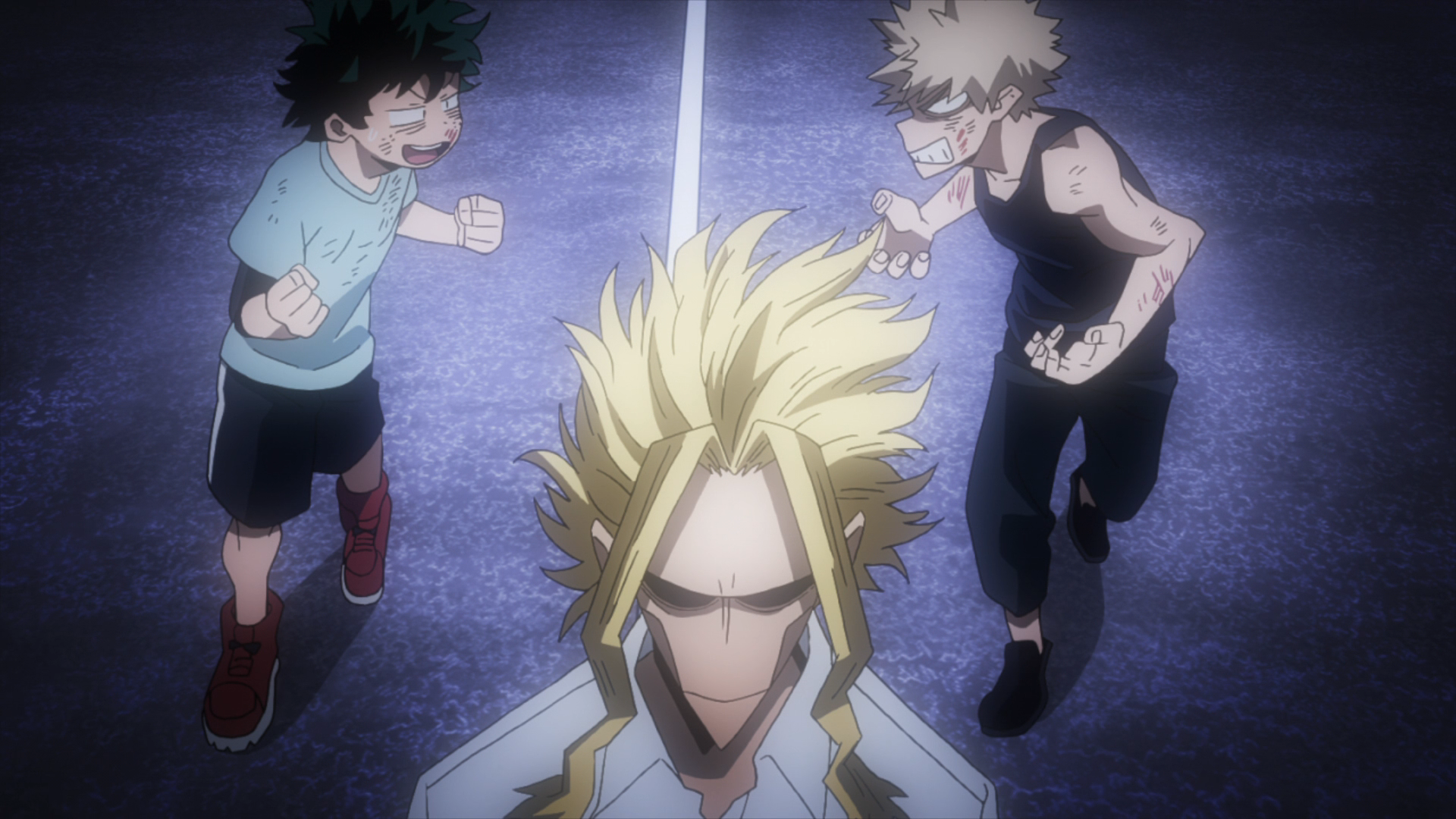