The Cutest Sports Anime Ever? – An Anime QandA Review of ‘Anima Yell!’ Episode 1 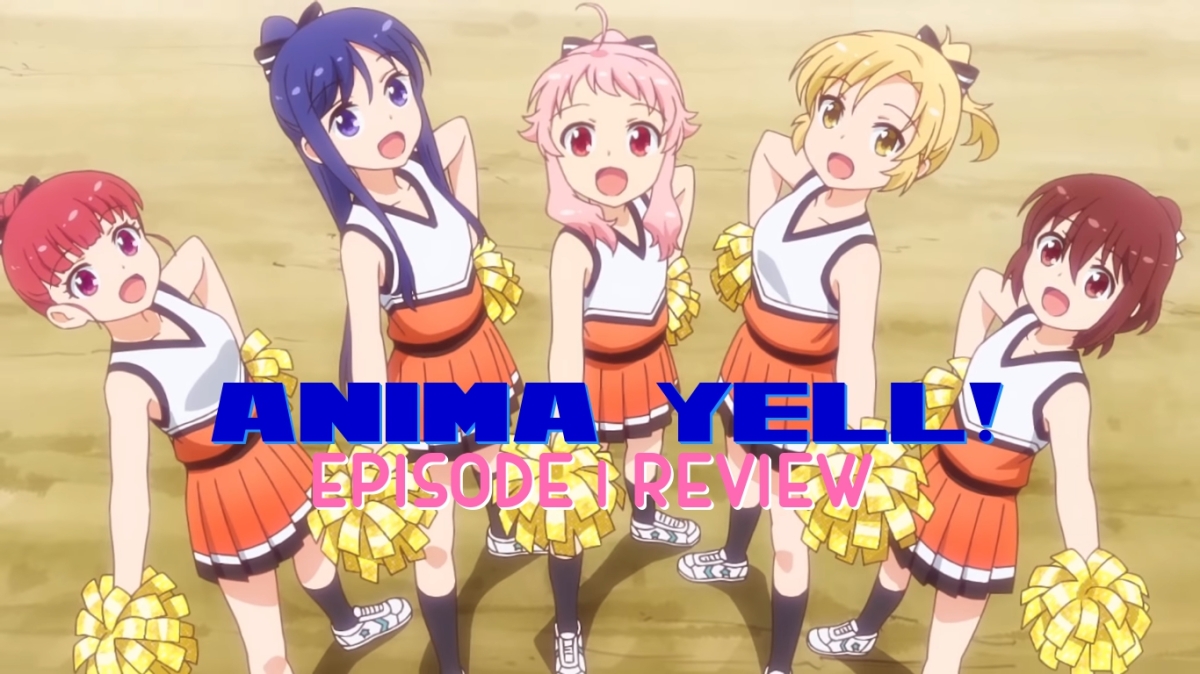 And what’s it about? Apparently this is a sports anime about cheerleading.

Why do you say “apparently”? Don’t tell me you don’t consider cheerleading a sport?! Professional cheerleading is absolutely a sport, no I more meant that according to Wikipedia this is a ~sports~ anime—feels more CGDCT to me but maybe we live in a post ‘calling things CGDCT’-era. Maybe every anime with a cast of cute girls is implied to be CGDCT by default and so we go to the next applicable genre. Or maybe they were just busy setting things up for Episode 1 and it will become more ~sports~ in future episodes!

Anything’s possible I suppose, so who are all ‘cute girls’ and what do they do? Our protagonist is Kohane Hatoya who probably has the single quickest, ‘falls in love with something they’ve seen while out walking and it changes their life’ moment I’ve ever seen in an anime. It literally occurs 5 seconds into the anime and happens within 60 seconds, but you know what I actually thought it was kind of refreshing, it didn’t spend the whole episode getting to the point. It knew the audience knew what was going to happen and it cut through the rest! What it does spend the whole episode doing is having Kohane trying to convince Hizume Arima to return to the sport and help her from a ‘Cheer Club’ in the school.

Oh? Why’d the other girl stop doing cheerleading? She got two good at the sport and was outshining her teammates who basically gave her an ultimatum—come down to our level, or quit. And good on Hizume she chose the road of keeping one’s honour in tact—also the road of no friends, but that’s all in the past now!

So she joins? Eventually, after much badgering—at first I was a bit ~annoyed~ at how persistent Kohane was being, basically stalking her until Hizume called her out on it. If someone doesn’t want to do something, you leave them alone and stop bothering them. And she did stop, well kind of—she actually decided to find a different approach, which was sweeter and showed that Kohane actually cared about Hizume’s feelings enough to show that she’s committed to getting better at the sport rather than just saying.

What’s she do? Kohane, with the help of her best friend Uki begins training in private to conquer her fear of heights (since a fear of heights is going to be a problem, what with all the throwing of people in the air). And so Kohane climbs a tree and jumps out of it, Hizume catches her, call her an idiot but realises how much cheerleading must mean for her to conquer a life long fear and she decides to join the club!

Fantastic. So, uh, I take it you like this show, what with the cute girls and all that… Am I that predictable? While I haven’t warmed up to it as a series as quickly as I usually do with these kinds of shows, nor the characters, it is very wholesome and adorable and it was just what I needed after an emotionally hard day. It’s also got a decent sense of humour, even Kohane mispronouncing “cheer” as “chair” and everyone’s reactions to it didn’t get old—even after the tenth time—so that’s gotta show you the quality of what we’re dealing with here! Very cute, very fun, very happy—more please!