So how’s this episode? I never realised how much of an impact the girls of Hanzo academy had on my overall enjoyment of this show… I mean yes, i’ve still been enjoying the show and all the other characters in it but having the Hanzo girls rescued and put more-or-less in the forefront of the episode felt like slipping into a favourite set of pyjamas. It felt right and familiar and comfortable. I missed these girls…

So does that mean its your favourite episode? Not really, actually. It’s more like one of those setting up for a big showdown kind of episodes, still a good one, but yeah it was lacking in a certain urgency or any real threat until the final minutes of the episode. Which I mean fair enough, we just got finished with a big battle episode, makes sense to have a breather before the next one. Plus with Katsuragi in full boob grope mode for the whole episode it was a lot of dumb fun to watch… and she gropes a lot–making up for lost time I suppose! 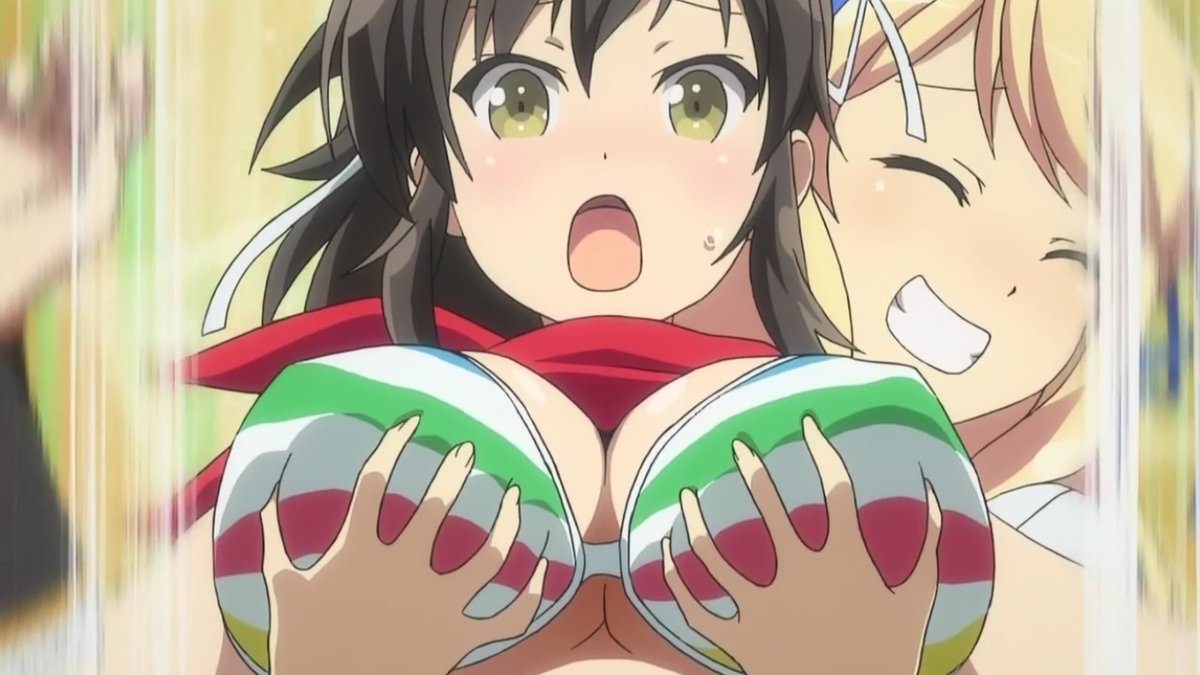 Ugh, so anything else of note happen in the episode? Predictably Senkou and Gekkou are “good” now, but not before Yumi talked them down from a literal cliff side where they were about to commit suicide after being betrayed by Fubuki. Their turn is a ~little~ quick if I’m honest, but then again I’ve heard plenty of real life stories about how simple acts of kindness from other people have prevented others from suicide so maybe it’s not so far-fetched.

From “boob grope” to talking people out of committing suicide, sounds a bit tonally inconsistent. I think it plays it well enough, it’s never tonal whiplash if that’s what you’re suggesting.

And what about these “final minutes” you mentioned? Well everyone’s waiting for Fubuki to act on her whole “eliminating all ninjas both good and evil” plan and she begins said plan by opening portals over Tokyo and summoning out Youma. Which is a big deal as Youma are powerful creatures who are viewed as “evil” beings by most ninjas on both sides. But Fubuki seems to suggest that they aren’t just the mindless monsters that the shinovi leaders seem to endlessly proclaim. A thought backed up by the fact that Asuka intends to defeat all the Youma not by killing them but “sealing them away” despite the fact that doing so could mean her losing her own life in exchange for using this ‘secret ninja art’.

Well sounds like a lot more happened in this episode than you may have given it credit for? Why were you seemingly a bit lukewarm on it when I asked if it’s your favourite episode? Because there’s only one nude scene and it’s ever so fleeting! I need more nipples!

*sigh* I’m sorry I even asked! It’s a legitimate concern!

Yeah for a legitimate pervert… I never said I was otherwise!