Every End Is A New Beginning – An Anime QandA Review for ‘Endro!’ Episode 1 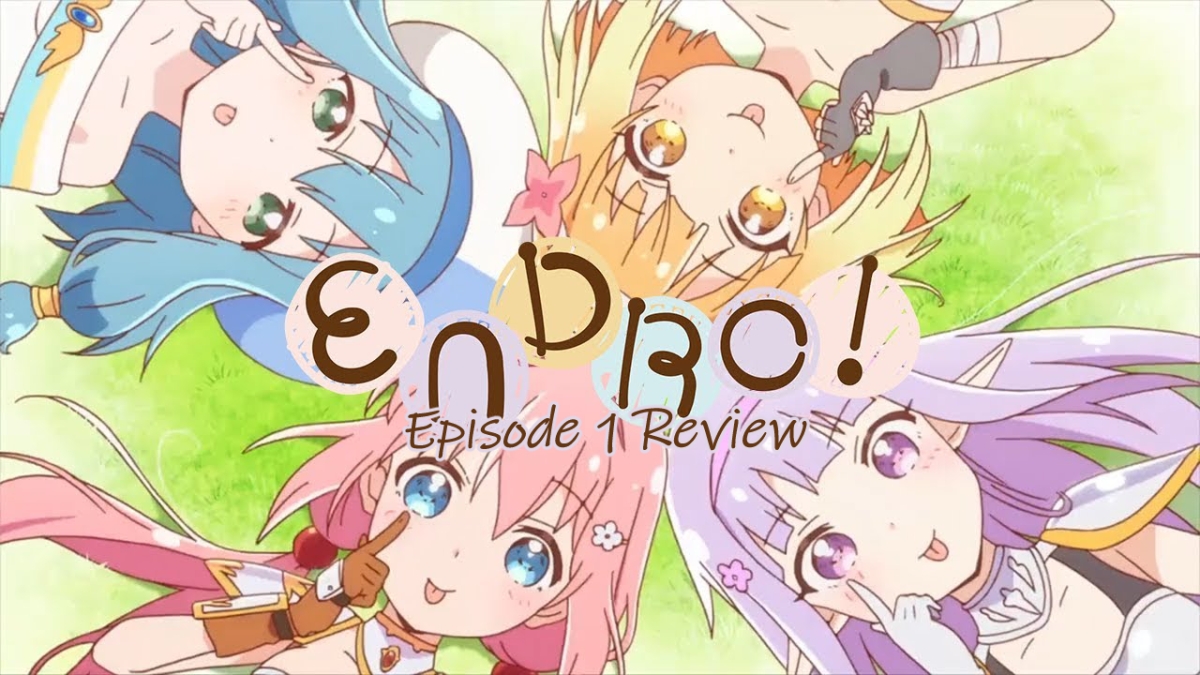 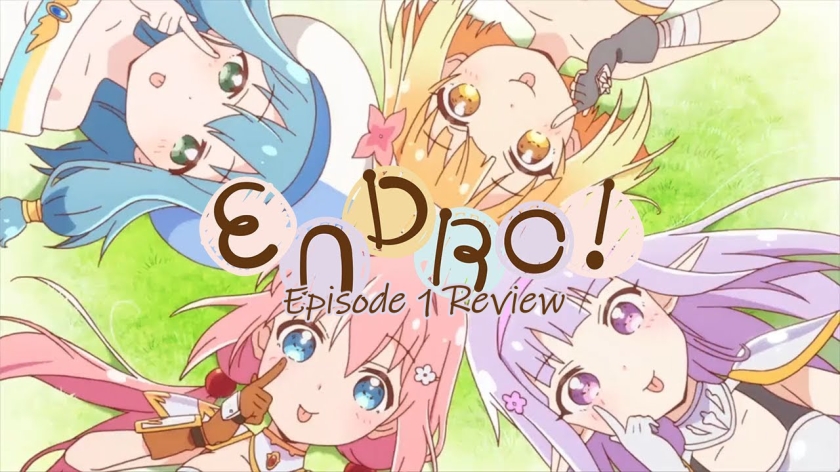 So how’s this episode? Remember in my episode review for ‘Pastel Memories’ I said I was enjoying how much the show was pandering to my sensibilities?

Yes, vaguely. Well this show does it better, it’s only been one episode and I freakin’ adore ‘Endro!’ seriously the whole day at work I couldn’t stop thinking about it, it’s been a salve to mind for all the ~troubles~ that have been persisting about the anime community these past weeks. I want this show beamed into my brain 24/7 and never have to think about anything other again.

Well that’s certainly high praise, what’s the show about? So four adventurers (Yusha, Seira, Fai and Mei) confront the demon lord who has plunged their world into chaos! They try and take him down but to no avail, their abilities just aren’t strong enough to affect him, so their leader; the hero decides to use a “forbidden magic” to seal away the demon lord for good! The demon lord is beset by magical chains that wrap around his monstrous body and he is dragged into an abyss. Cue the end credits!

Wait, what do you mean “cue the end credits”? Is this only a short anime or something? In what any other show would have been a cute joke, the show literally plays a full 1 minute 30 second set of end-credits after this 4 minute ‘prologue/epilogue’ scene because this show takes place after the demon lord was defeated. Actually that’s not strictly true either, later on we learn that the “forbidden magic” that was used in-fact malfunctioned and instead of sealing the demon lord away merely reverted time backwards but also to reverted to a world where the demon lord was no longer present in his original form.

Oh, what form is he in now? I’ll get to that in a minute. So at this point in the story our four adventurers are just studying to be adventurers at a school for, well, adventuring. And so when their old teacher suddenly retires we’re introduced to their new teacher an aggressive loli who can’t even see over the teacher’s podium–also the current form of the demon lord (side note: what’s with all these recent fantasy show’s having demon lord’s turning into loli’s?–I mean I get the visual joke but it seems like almost a trope at this point).

What a twist?! I know you’re making a joke there but regardless of whether it was a clever reveal she’s still adorable and it’s a fun way of having the antagonist directly in the protagonists lives without them knowing. So to hurry things along because I could easily talk about this show all day, so the demon loli (known as Mao-sensei) devises a way to have it so that none of them can ever defeat her in the future–by getting them expelled for failing a practical exam! So she  sets up an intricate series of traps for them on their field trip to the nearby ruins only for Yusha and the others stumbling across a literal hero sword in a stone which Yusha effortlessly removes. A golem appears and they defeat it in a fun and exciting little action sequence, then they return to their teacher with the hero sword too–much to Mao-sensei’s chagrin! And that’s more or less the episode.

So it sounded like a fantasy adventure type series earlier on but it seems like it’s bouncing back and forth between a couple of other genres? It is ostensibly a slice of life show in a fantasy world with the occasional action sequence. What it does so masterfully though is blend those elements together seamlessly. It never feels like two different shows are struggling within the one whole, it feels like a show and a world that’s intrinsically linked.

But what about the four main girls? Undoubtedly they are an important part of a show like this? Indeed, and already I’m having a hard time picking a favourite–each one is that good. It helps that their voiced by such wonderful actresses but more than that there’s a rapport between the characters that’s indicative of such good writing too.

Right, well that’s certainly a lot of praise for one little show. I’ll take your (brief) overall thoughts and a recommendation now please. Yes I’ve probably hyped up this show too much now that anyone reading this who went on to watch would only be disappointed, and that’s absolutely my fault, but I’m simply relaying my feelings on a show I’ve fallen madly in love with. What I can say with a measure of confidence is that if you like CGDCT shows and slice of life shows and fantasy show you should find ~something~ to like here–even if you don’t find quite as much to appreciate as I did.

8 thoughts on “Every End Is A New Beginning – ‘Endro!’ Episode 1 Review”