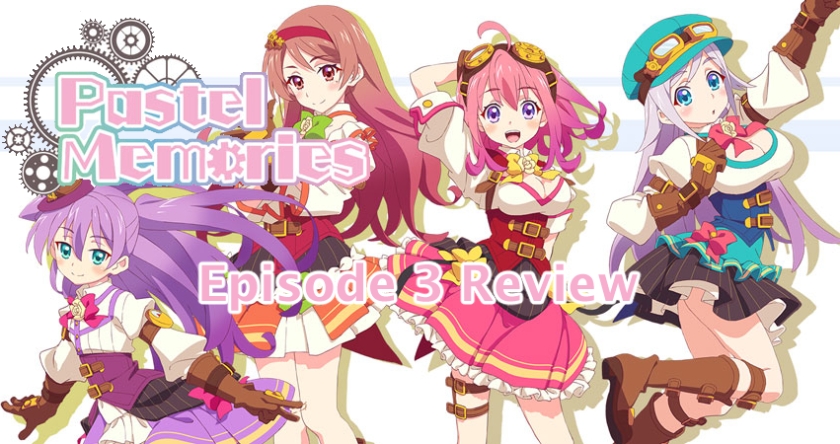 Oh and what’s that? It was an episode where they went into an anime world of an anime I’d never even heard of.

Well yeah, that is inevitable. You can’t have watched every anime ever made… I know, but I didn’t think it’d happen so soon and especially after last week being about one of my favourite Slice of Life, CGDCT anime it was kind of a bit of a let down.

So the episode’s not that good huh? Actually, it was surprisingly good–dare I say even better than last week’s.

Really?! Even though you didn’t understand any of the references? I know, I’m as surprised as you are and that kind of reassures me that even if the rest of the show (heaven forbid) is more references to anime I haven’t seen/don’t know I’ll still be able to get a good level of enjoyment out of the show.

Right. So what is the anime that they enter in this episode? In the show it’s called ‘The Rose Maiden’ but in real life it’s a manga and anime series called ‘Rozen Maiden’ which somehow managed four seasons without me even hearing of it–so not some kind of one season sleeper. Though I’m guessing it was probably bigger in Japan since it’s all about dolls and magic. And where in the previous episode the virus was turning everything rabbit related (including people) into eels, this episode has the far less dramatic consequence of the outfits of the main doll and antagonist doll become casual wear. And I don’t know there was something low-key hilarious about that being the big issue. Well that and our recurring villain trying to erase the show from people’s memories.

Anything else you wanted to add? I was initially concerned the show might do a ‘1 episode is the set-up in the real world and 1 episode is in the world of the anime/manga’ and while that’d have been understandable from a budgetary reason it would have definitely slowed down the pace and stretched the material thin. So I was glad they wrapped it all up within the space of one episode this time. Also there were some really cool visuals like the world of broken televisions that once the girls remember they all switch on–very eerie and surreal–makes me wonder if that was a reference to the show they were inside of or something original from ‘Pastel Memories’.

So still enjoying the show then? Yep, it’s just a fun diversion with a lively cast of characters and decent fan-service and while I’m hoping we’ll get episodes that reference more anime i’m familiar with I’m still enjoying it regardless of my knowledge of the show in question.