She Shoots, They Score – An Anime QandA Review of ‘Pastel Memories’ Episode 4 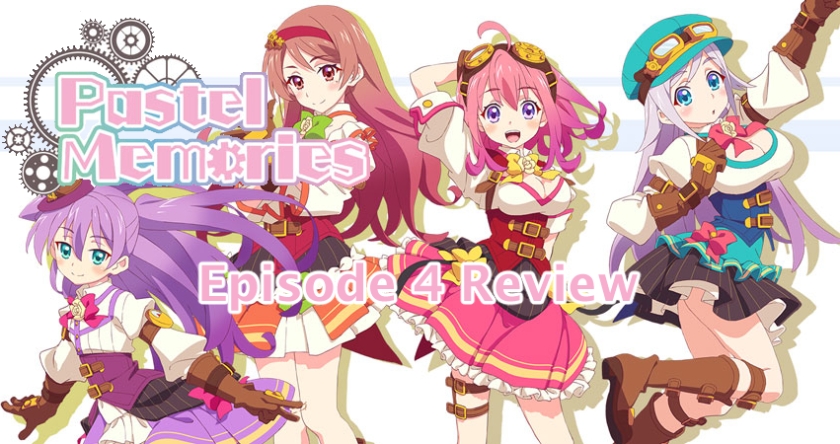 How’s this episode? So there’s a lot to unpack here so bear with me for a minute…

Okay… So the show that the characters ‘enter’ in order to fight off the virus that’s threatening to erase it from everyone’s memories is ~kind of~ a controversial one–not just in the West but in Japan too. And, if you’d made me make a list of shows I expected to show up in this show this would not have been on it–and yet… it fits so well all the same.

Ahem… Oh sorry, I got sidetracked by a rogue thought. So, uh yeah the light novel (and by extension anime) they enter this episode is ‘Ro-Kyu-Bu!’ referred to in this show as the extremely generic ‘Mini Basket’ and well if you didn’t immediately widen your eyes at this choice then you’re obviously not acquainted with ‘Ro-Kyu-Bu!’

Oh boy. Yep. So basically this is peak anime “through the looking glass” shit here. A super popular sports lolicon light novel turned anime that was denied a 3rd season because of irl circumstances being parodied in a borderline ecchi anime adaptation of a mobile game no one in the West has probably ever heard of. God I love how impossibly obtuse and niche this show can be at times…

Right so with all that out of the way, what actually happens in the episode? Right, so just like the previous episodes it’s a team of 3 girls (out of our group of 12) go into a fictional world to fight off the “Virus” that threatens the memories of the world. And at this point I’ve stopped attributing them to character names because there’s just too many to keep track of beyond the main three. Anyway there’s a couple of sly jokes about this series being ‘problematic’ but not nearly as scathing enough to act as an indictment of the series (nor should it, the show itself straddled that line between wholesome and creepy so it doesn’t need to be “addressed” as anything other than that). Our three main girls are challenged to a game of basketball by the recurring villain and so they get the lolicon coach (and protagonist of the light novel/anime) to train them up for the ‘big game’. Then it turns out the villain is going to have them play against her team which, rather than consisting of human sized opponents of equal ability, instead is a giant virus type robot playing center and two levitating viruses playing shooter.

So basically ‘Space Jam’? Essentially, yes. And credit where credit is due the basketball game is compelling–if ridiculous–but ends with the enemy team scoring an after buzzer two-pointer. All seems lost until they realise the bad guys swapped out the ball for one of the spherical virus minions and rather than let them win by cheating our heroes just kick their butts the old fashioned way–with their weapons. And they all live happily ever after and the loli basketball light novel is saved!

Overall thoughts on the episode then? I’m not going to pretend like this is some high-art, in fact some of the time it feels darn-right lazy, but there’s still way more I enjoy about this show then don’t and that’s all I need to keep watching. Also secretly hoping they go into an ecchi manga at some point but until then I’ve still got that wonderful ED to “enjoy” each week.