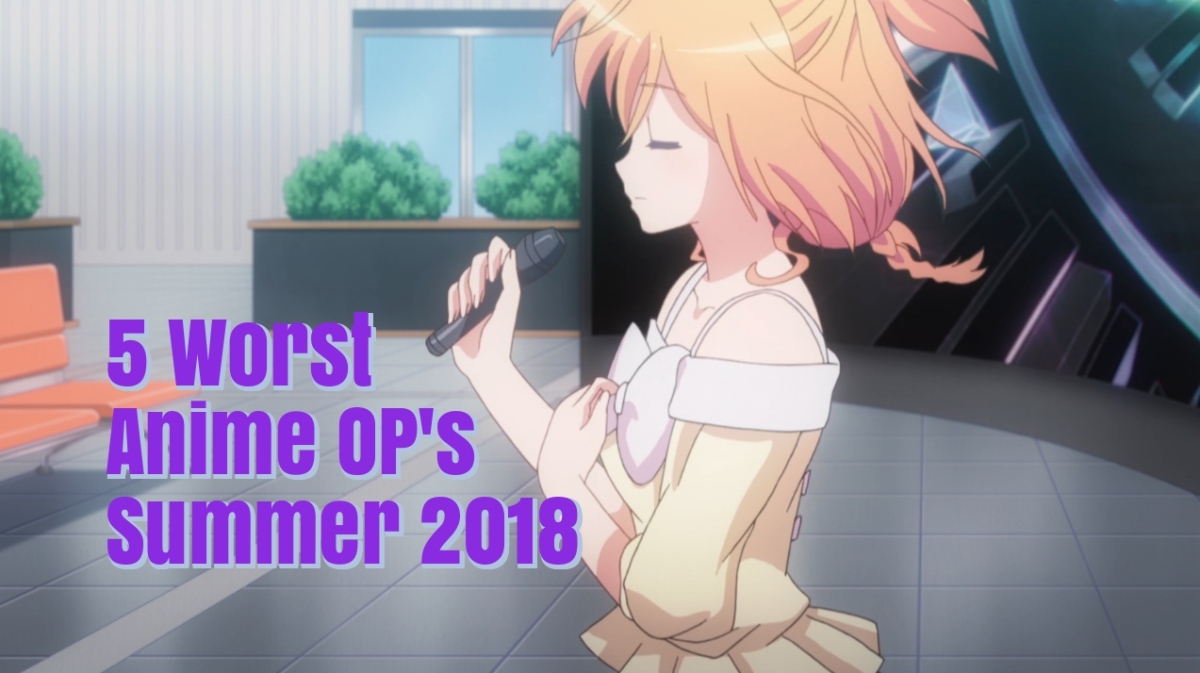 The ‘worst’ list is always the hardest, not because I have a hard time being judgmental—that shit comes easy, the hard part is actually finding songs that even qualify as ‘worst’ because so much anime music (specifically OP’s and ED’s) are just so good, that’s part of the reason why this list is just 5 songs, because I didn’t feel right listing the other 5 that would have made out the 10 “worst”. Even so half the songs on this list aren’t actually bad, they’re just not as good as the one’s that came before! But that said, if they’re on this list then they’ve done something ‘not quite good enough’. For the list of the best OP’s of Summer 2018 (and a full list of my regular list-making requirements) click here. Otherwise enjoy my countdown of the 5 Worst Anime OP’s of Summer 2018! 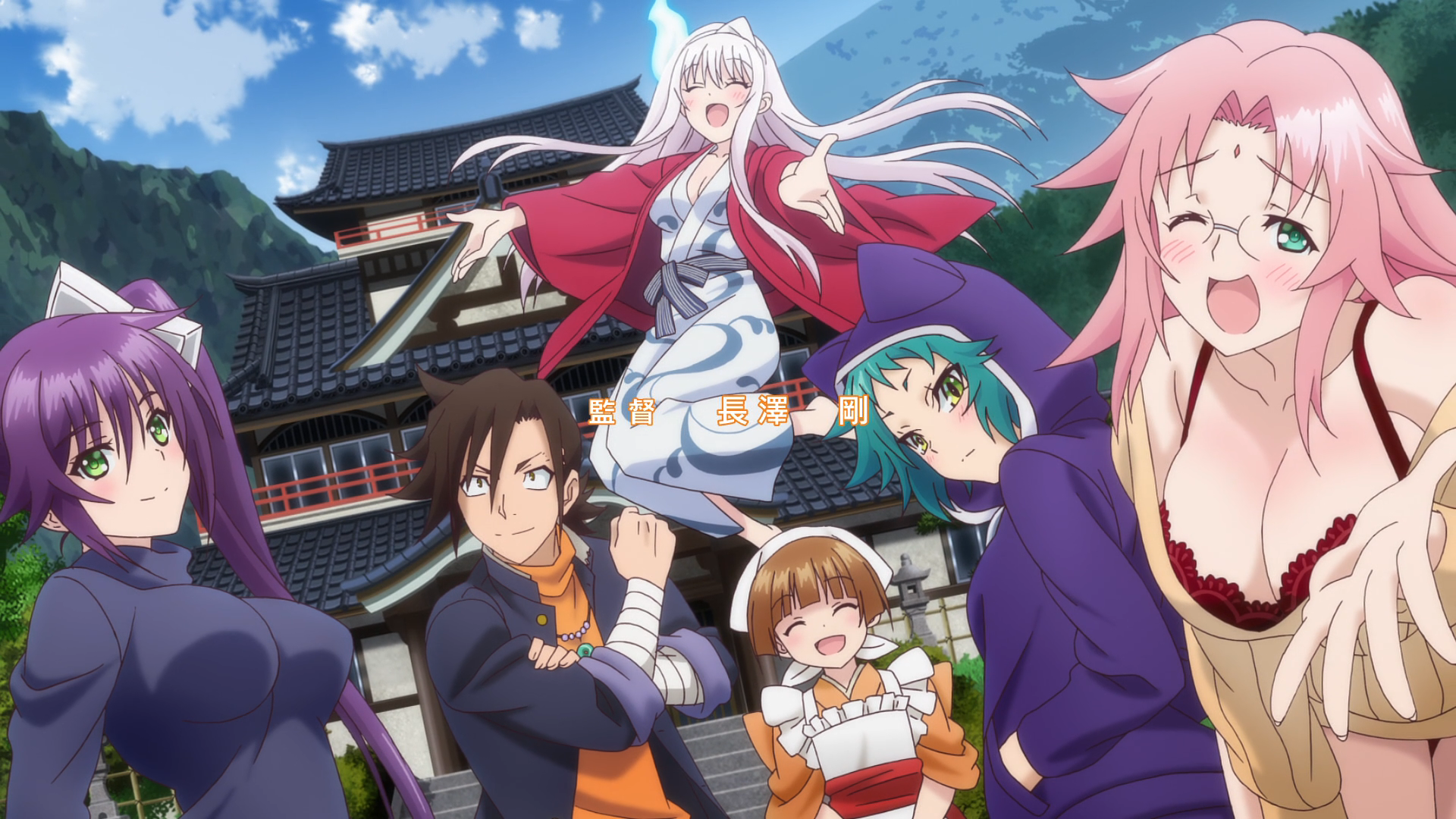 Divorcing all opinions of a show from an OP is hard, especially here given how much I like the show and the opening visuals, but to be honest this song is just way too low key and kinda bland, admittedly it picks up toward the mid-way point but by then it’s already too little, too late. 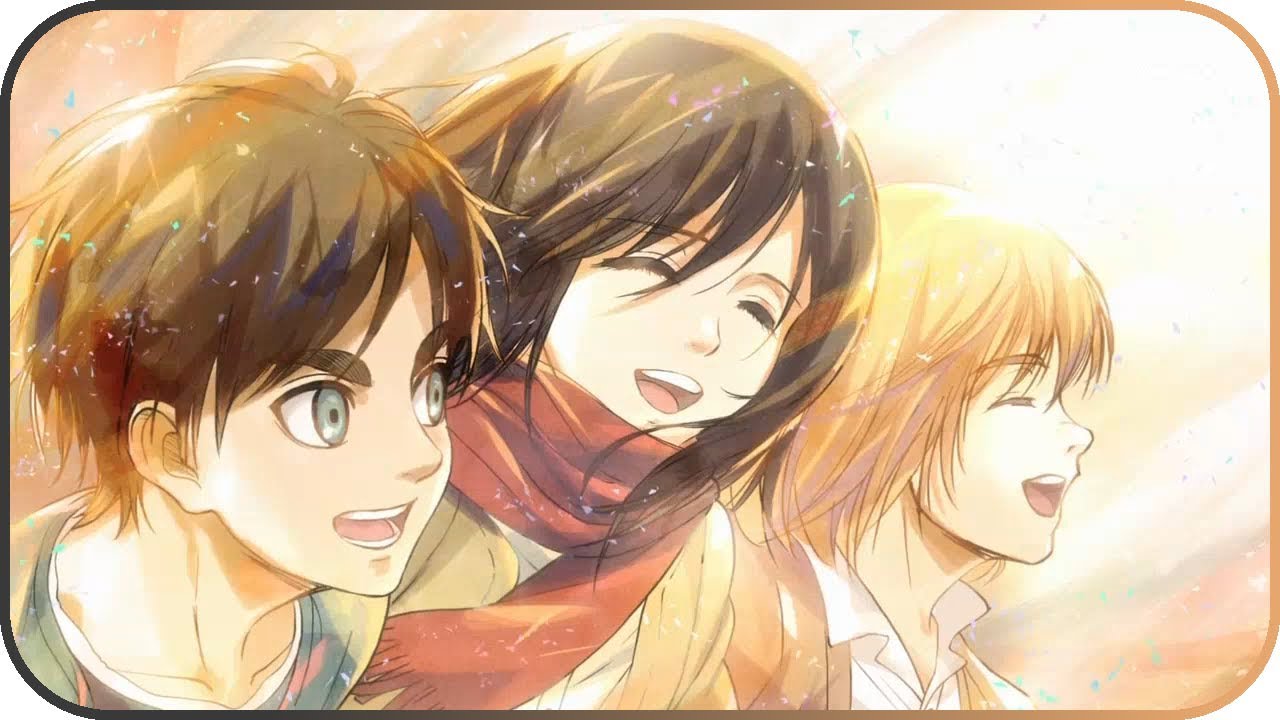 Another one that’s hard to separate from the visuals, but here it’s because they work so well together—it’s a deliberately contemplative effort pairing the nostalgic visuals with a soft song like this and in my opinion it works for the show! Where it doesn’t work is listening to this as a song by itself because it… is… dull. Also the lead vocalist is kinda bad? 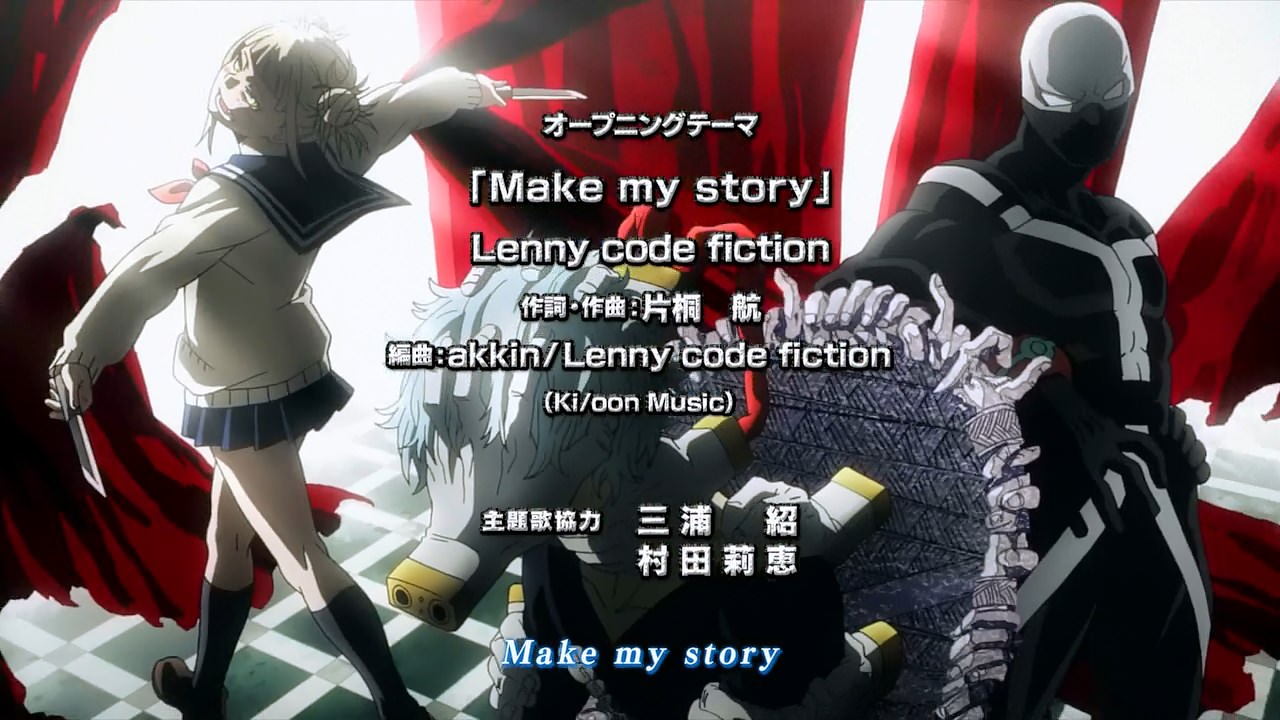 Oof. What’s with all these great, high-profile shows with mediocre OP’s this season (and last season). The chorus kind of destroys any potential for this being enjoyable, sounding like a boy-band sucking helium. It’s just such a ‘meh’ of a song; I can’t help but be left disappointed. 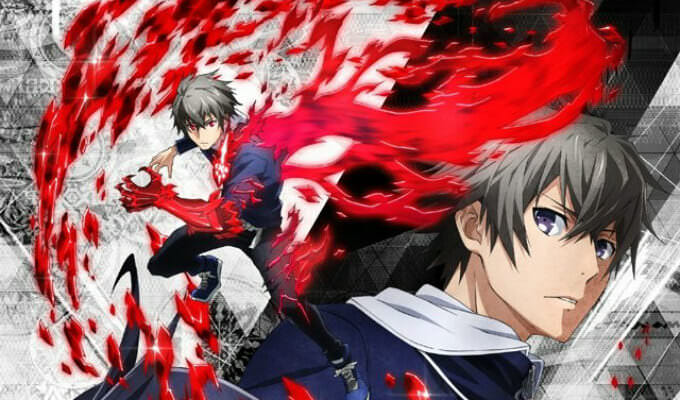 There’s nothing wrong with May’n, it’s just this song kind of exists and nothing else, while many other songs on this list are far more low-key and uninteresting this is just utterly generic from beginning to end.

Ugly sounding music, ugly vocals—just an unpleasant musical experience, not much else to say to be honest!

True to the quality of the music this anime season the OP list wasn’t all that bad, save for an utterly muddy-sounding Number 1. And trust me when I say it’s absolutely a good thing when there’s only 5 viable picks for a worst of list! Coming up next is the Best and Worst ED (Ending Songs) of Summer 2018! 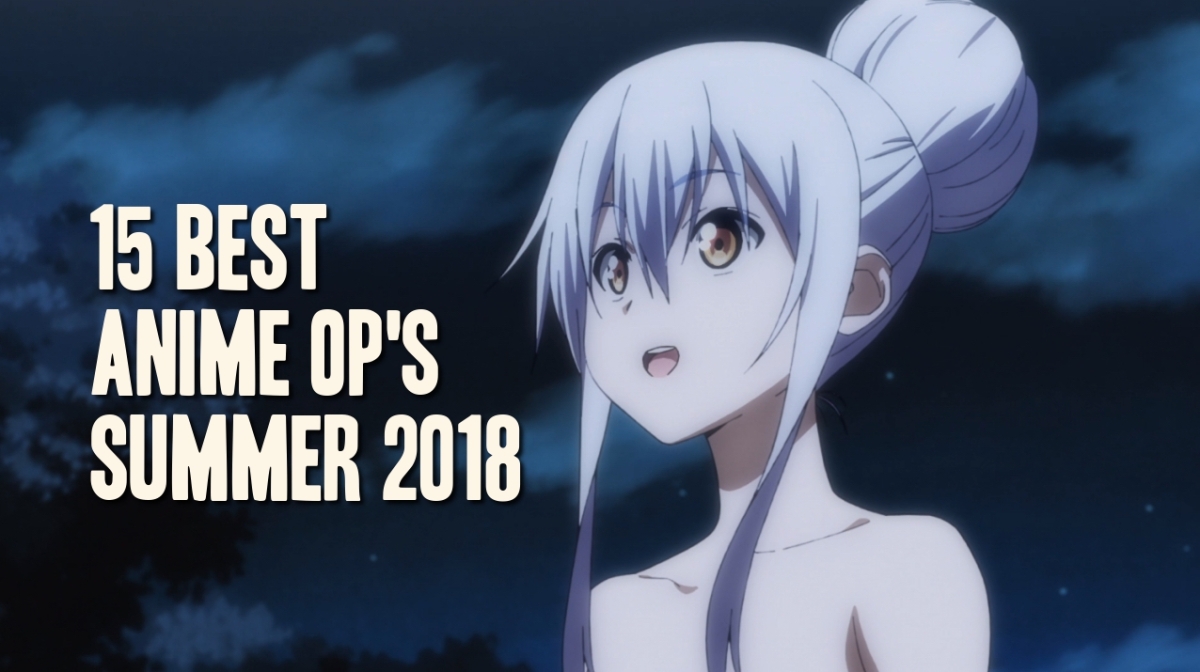 Another season is upon us which means another massive assortment of OP (Opening) and ED (Ending) songs to listen to an arbitrarily rank! As always this list is purely subjective, though in an attempt to be as comprehensive as possible I have listened to every OP and ED of the season–even of shows I aren’t watching week-to-week in order to give an overview of what I personally think are the best and worst anime songs of Summer 2018. Remember I’m only judging the song not the show! Ordinarily I limit these lists to the top 10 (or even narrow then down to 5) but I don’t know what it is but this season just had an inordinate number of bangers! So let’s get things started with the 15 Best Anime OP’s of Summer 2018!

~Number 15~
“Eien no Hitotsu” by Yukari Tamura from Island 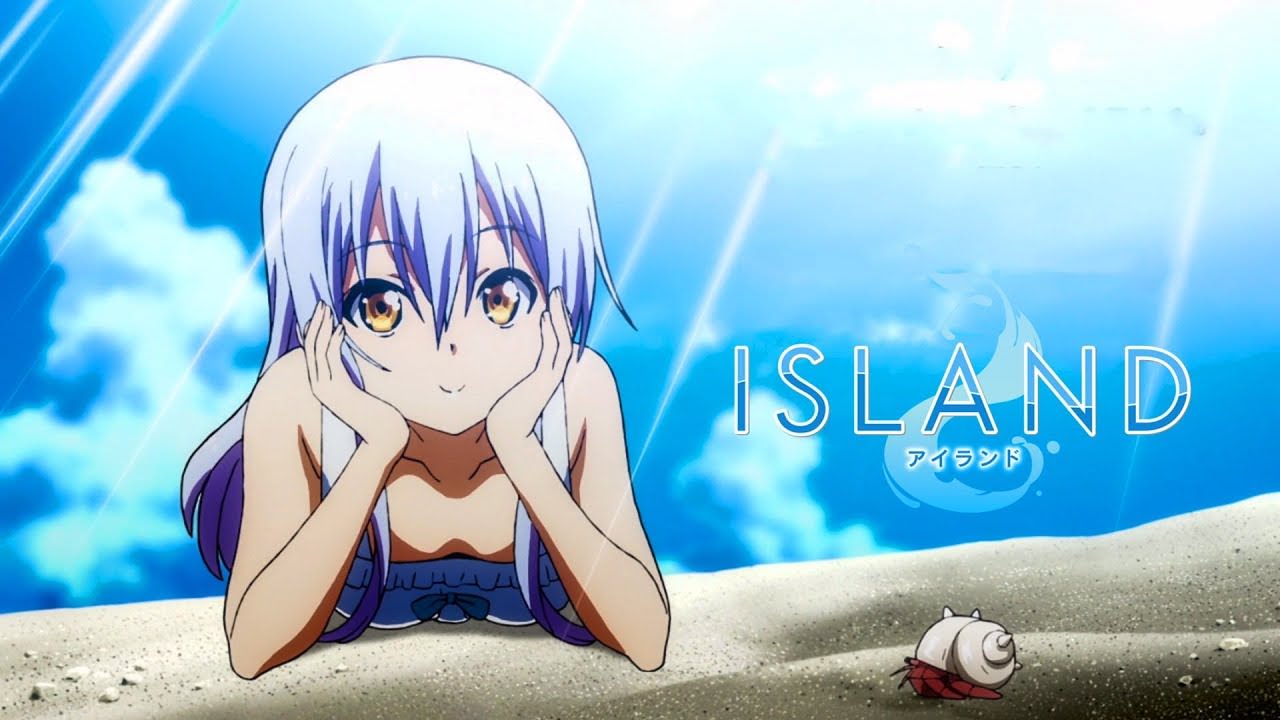 From the get-go this song just shouts (or rather calmly and beautifully sings) summertime feelings and good times! It’s just sweet and calm but not in a cloying or boring way! 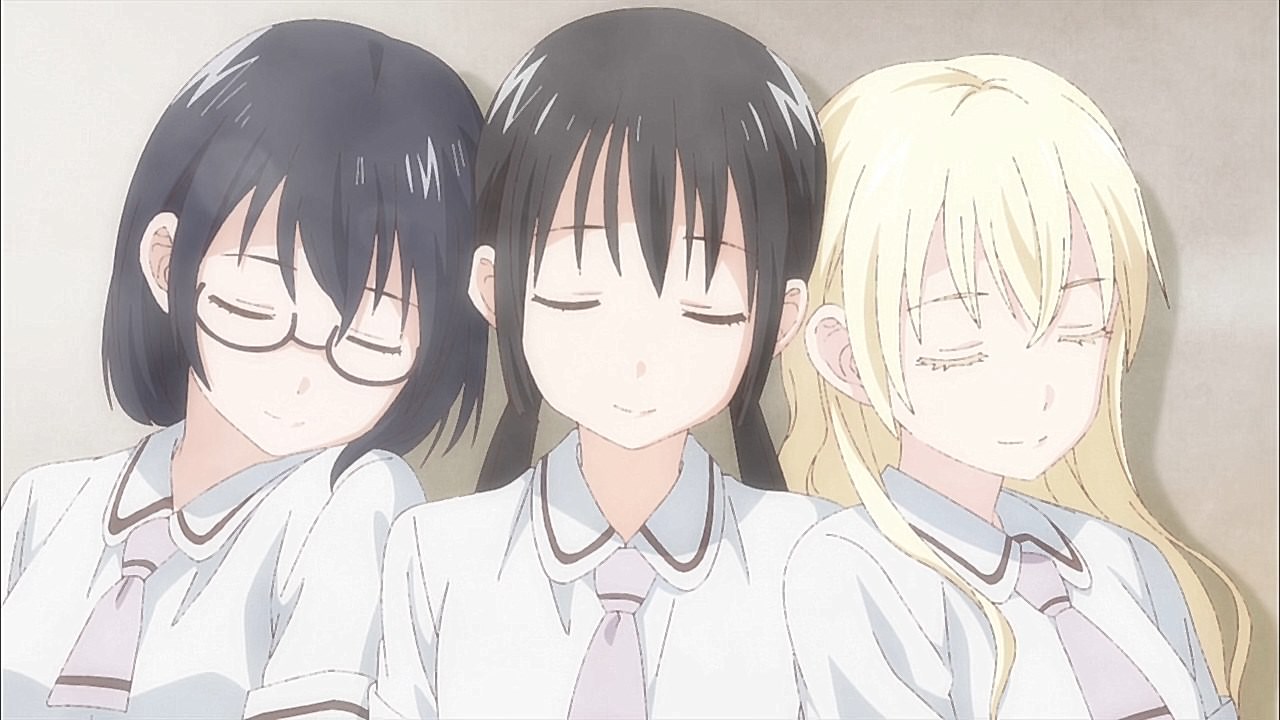 Here’s the thing about context, by itself this is a cute and light-hearted song with admittedly amateurish sounding vocals but a pretty cool and up-beat chorus. But in the context of the show this song is amazingly sarcastic… because the girls are nothing like they appear while singing this song and that kind of makes this more amazing… too bad I’m only judging the song and not the show… 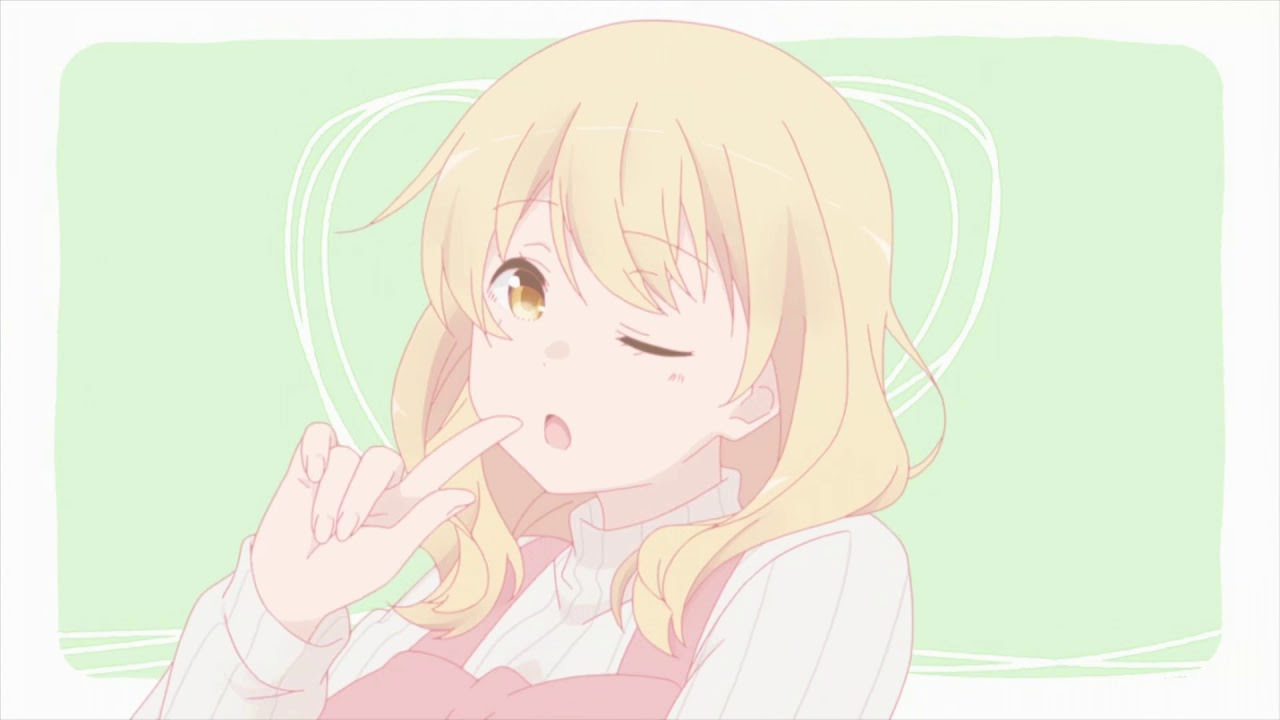 I’m reminded (positively) of Laid Back Camp’s OP with this one, it’s just pure upbeat fun, kind of hard to fault other than the fact it doesn’t do anything particularly ‘new’ it just does what it does and does it well. 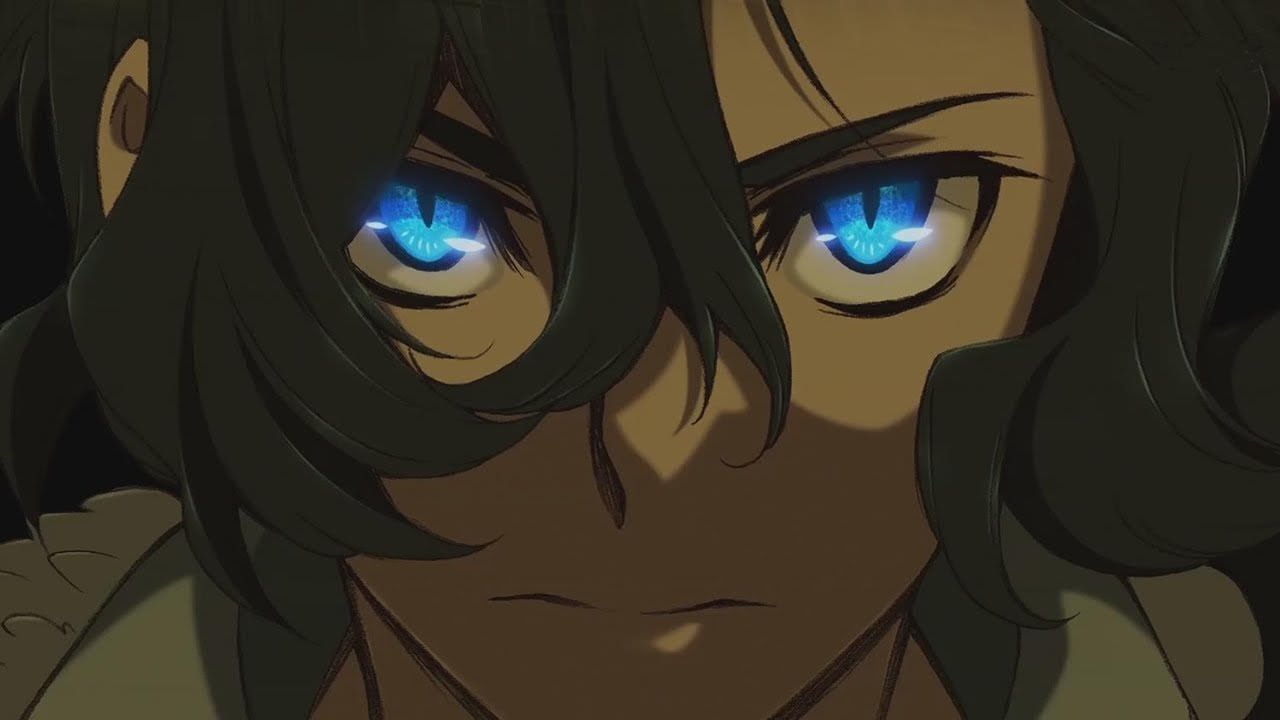 This song is just cool from beginning to end–not much else to say! 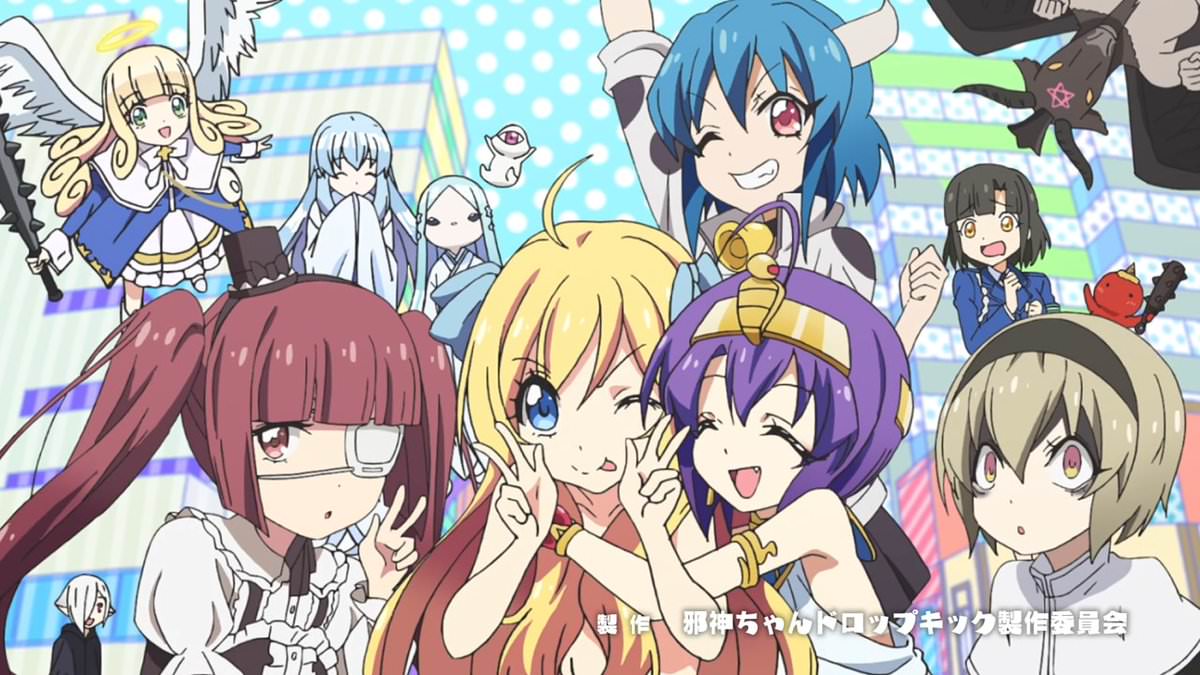 I just love all the different levels to this song and yes, there is a somewhat gimmicky element of the song by having the characters talk to each other during the OP but it’s used in such a way that it doesn’t really interfere with how awesome sounding this song is–that driving drum beat that underlines the ‘heavier’ parts of the song is just so good. Plus I’d be remiss if I didn’t mention the cutesy mid-song break which is just adorable. 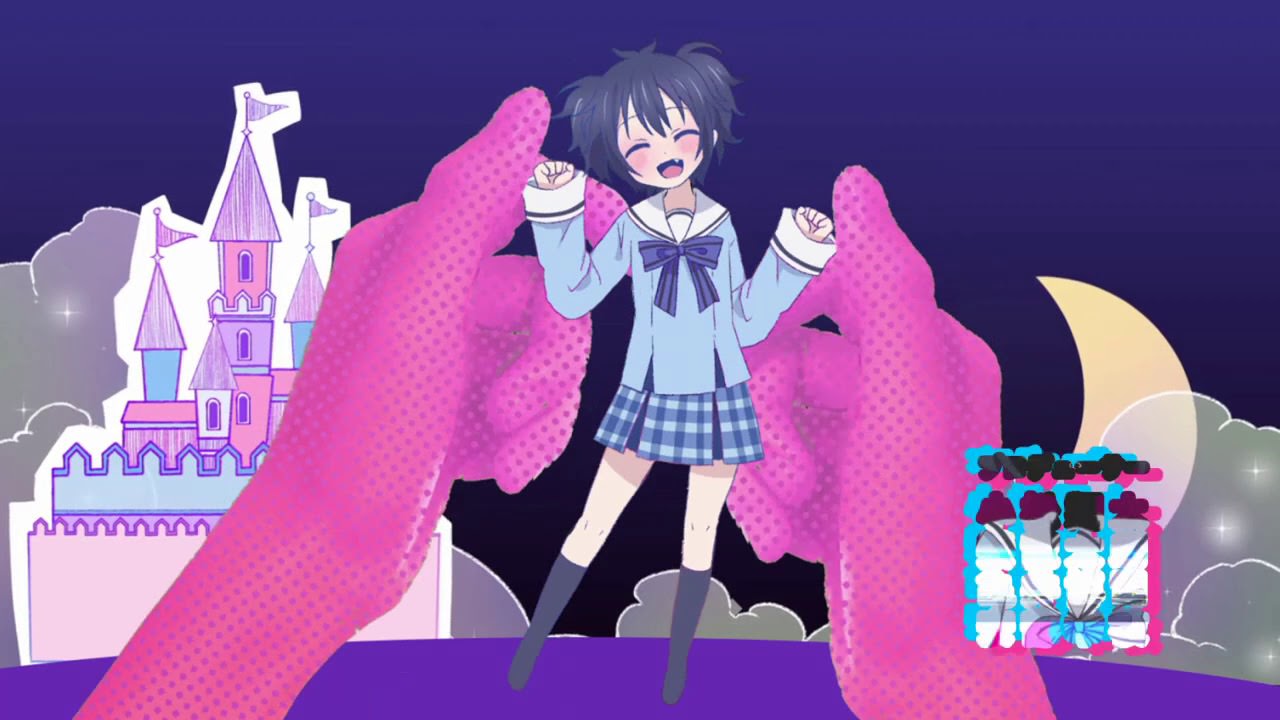 A truly great OP can communicate the tone of the show it’s attached to, even without the visual accompaniment, and this is certainly a perfect example of this, it’s got the cute and upbeat vocals but with a kind of anxiety-driven and sinister musical accompaniment. Plus it’s just a great track! 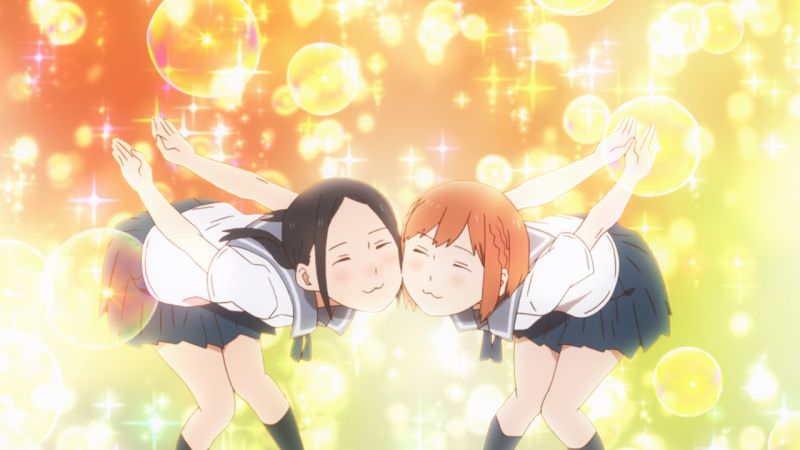 Now here’s a song that just rocks, there’s something very old school about it too which is fun–but of course the vocals are very distinctly Japanese (as expected as it’s sung by the main girls of the show) but there’s no denying it’s a damn cool track!

~Number 8~
“Utsushiyo no Yume” (A Dream of the Temporal World) by Nano from Kakuriyo: Bed & Breakfast For Spirits 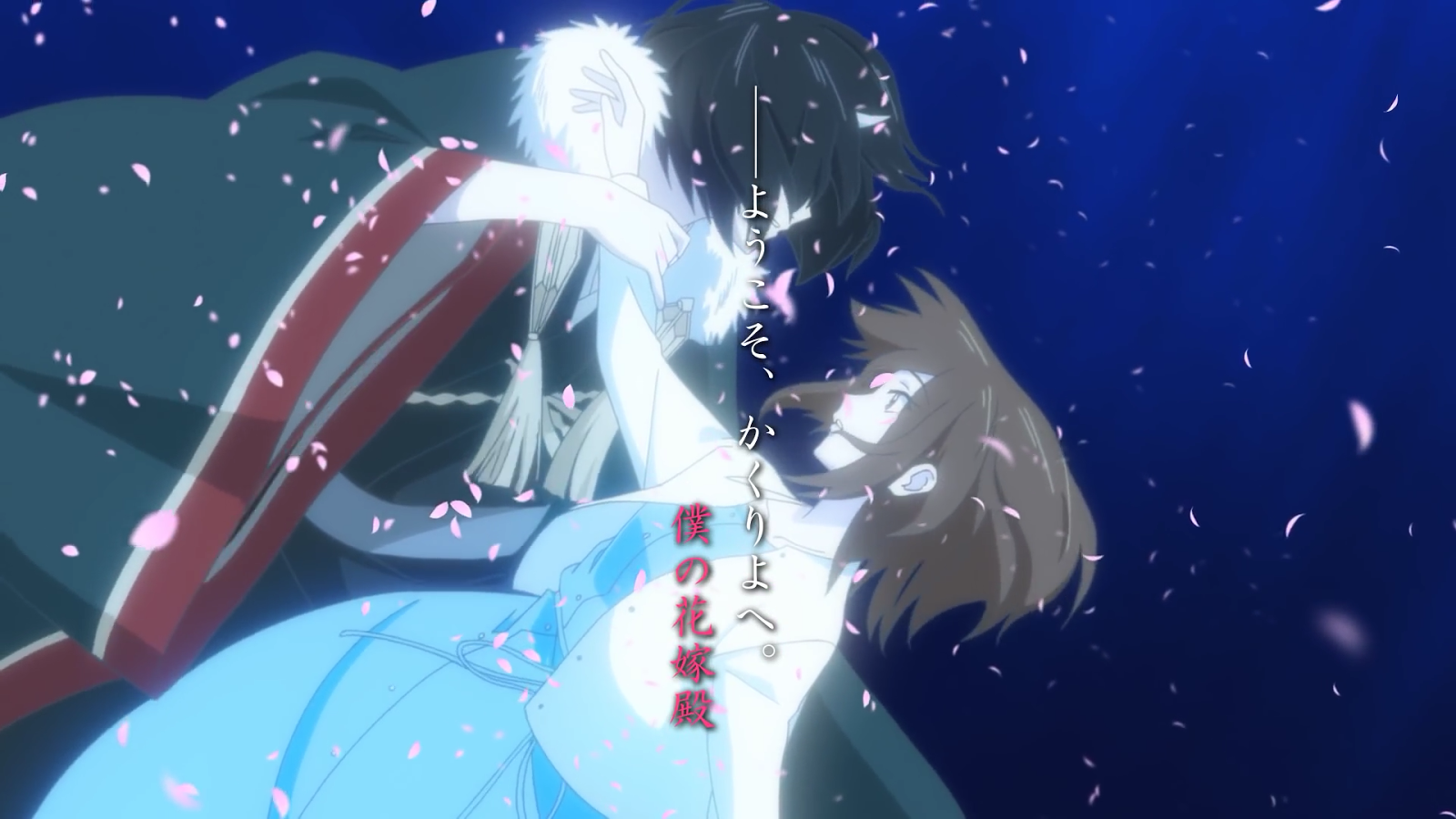 The first OP for Kakuriyo was a sublime masterpiece, not just among the best OP’s of the Spring 2018 anime season but just a fantastic track–so imagine my horror at learning that another band would even dare replace such a flawless track! Obviously this song isn’t as good as the first OP but to my surprise it’s actually really really great in a whole bunch of different ways than the first one while not completely disregarding that ancient Japanese sound (but just updating it ever-so slightly). 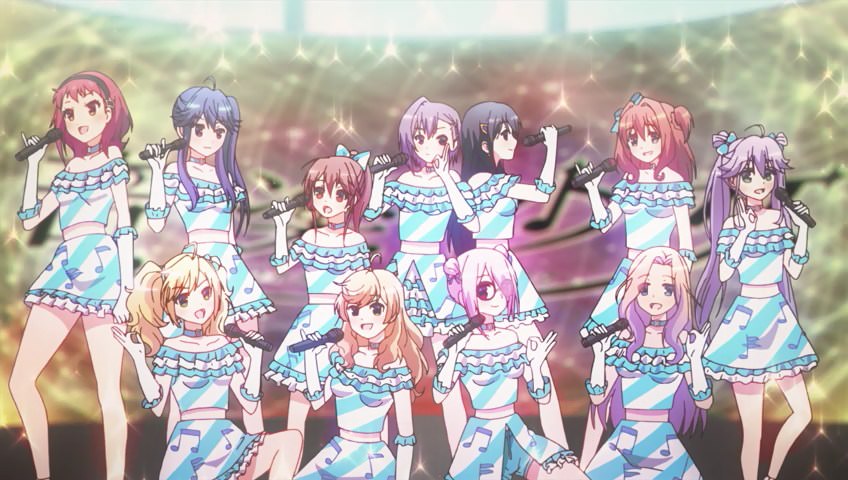 I’d be lying if I didn’t say a lot of the reason I love this song is that it’s absolutely my aesthetic when it comes to anime OP’s… it could practically be the theme song for Cute Girls Doing Cute Things as a genre!

~Number 6~
“One Unit” by Minami from Planet With 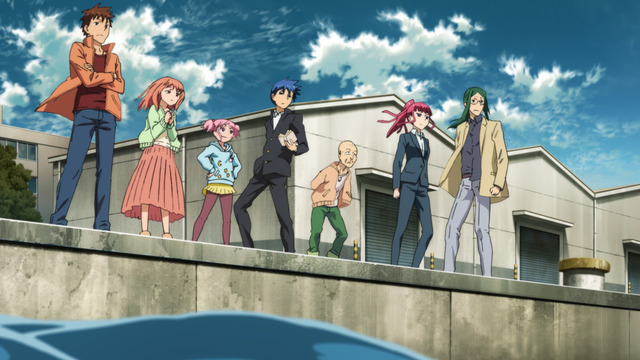 An amazing high energy track–but what else would you expect from Minami?

~Number 5~
“Braver” by Straightener from Angolmois: Record of Mongol Invasion 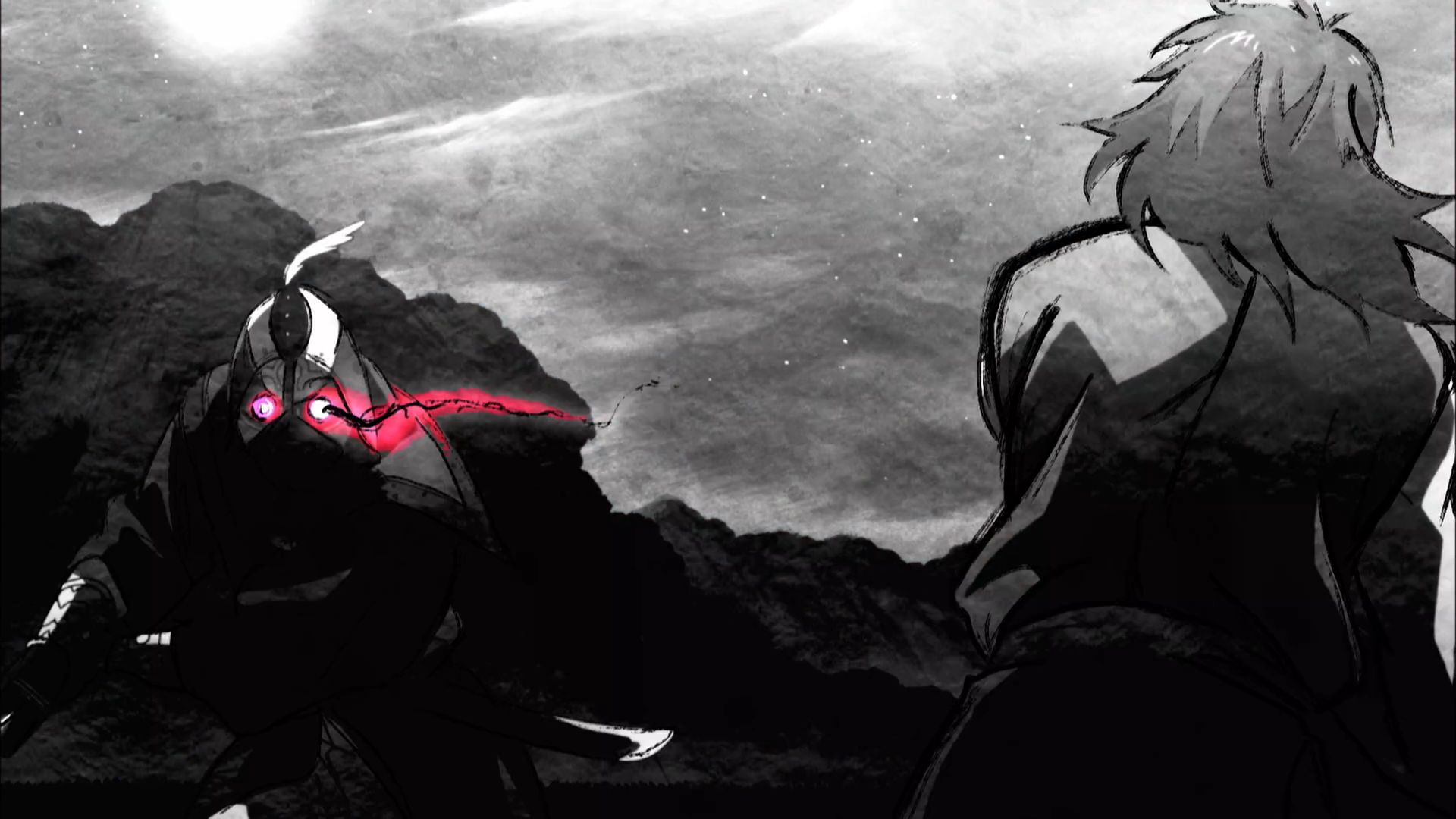 Man this song has so much emotion to the vocals even though I have no idea what he’s saying (and that’s fine). It kind of reminds me of a lot of the early 2000’s Western alt rock I listen to and that’s absolutely a good thing. I mean I’m all about anime and everything Japanese but I still love my Western music… I can’t quite pinpoint who I think this sounds like but I know I love it.

~Number 4~
“Futari no Hane” by YURiKA from Hanebado! 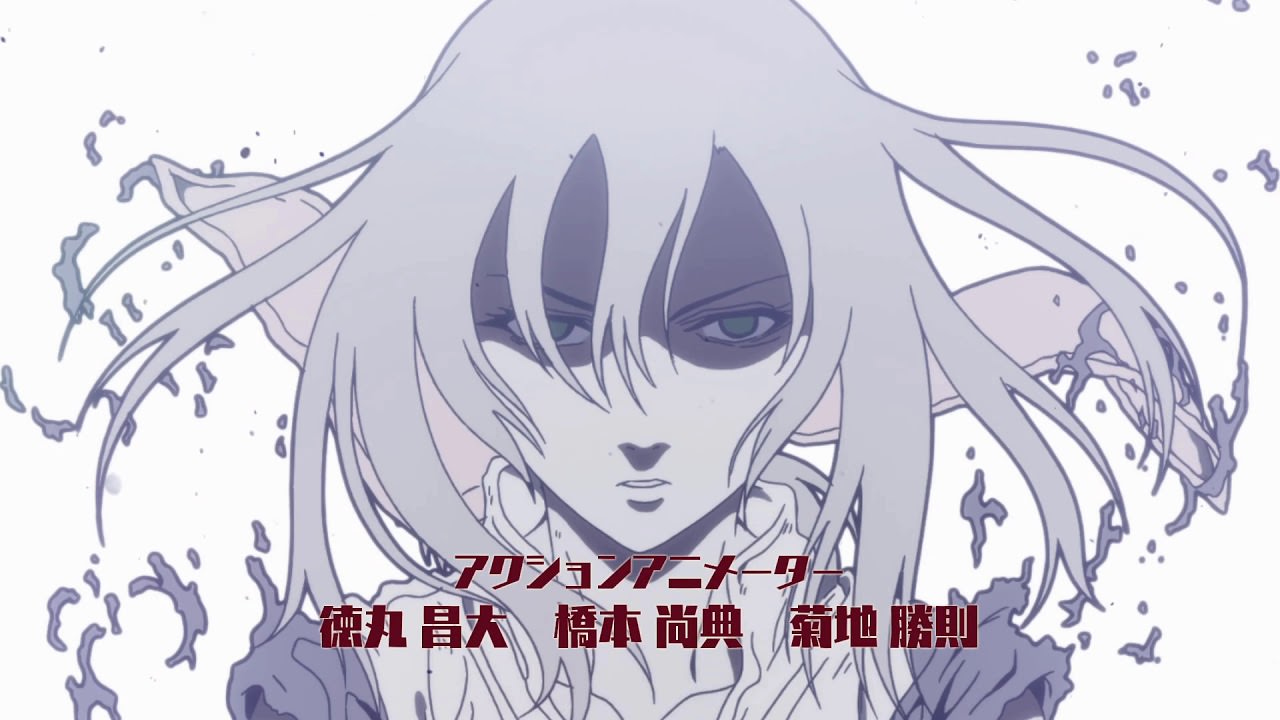 I don’t even know why I love this song so much, but I do… actually I know exactly what it is it’s that fractured chorus. Man, I could listen to this song all day… but we’ve still got more songs that are better than this! 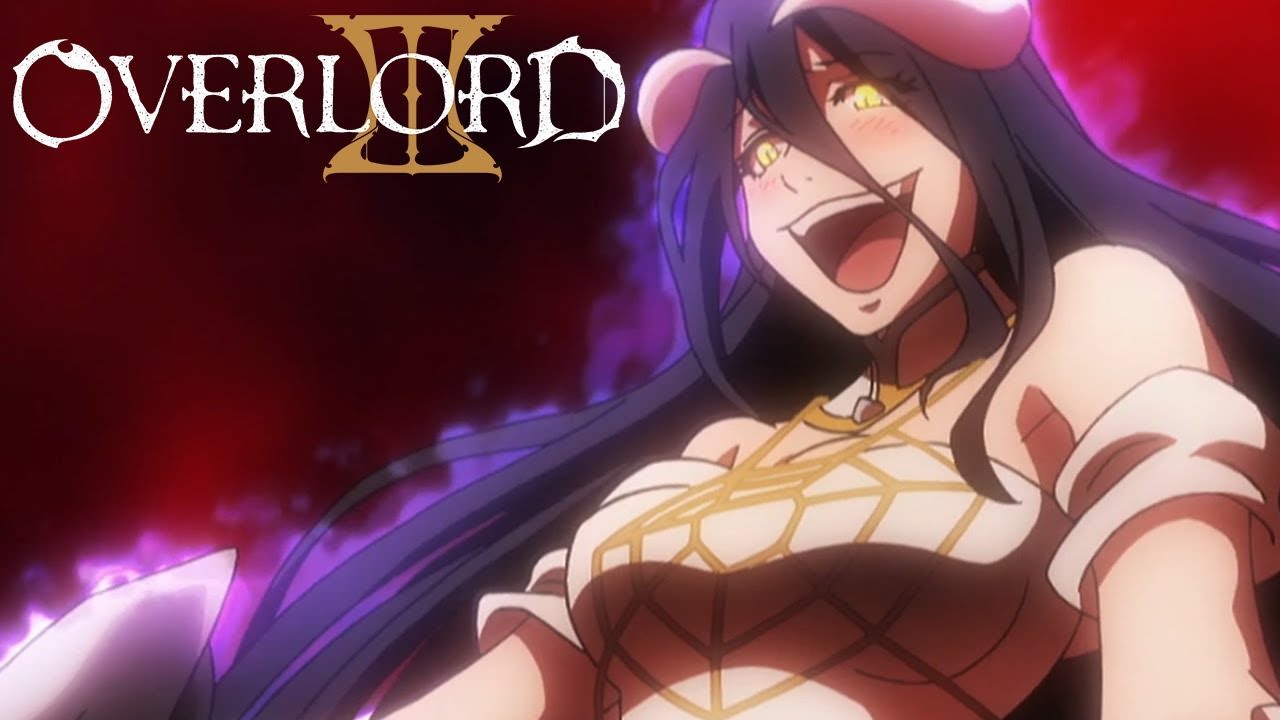 Any OP that has the balls to be this batshit wild from the get-go deserves all the praise. It’s like a gothic hybrid of the Inspector Gadget theme song and it just pushes all the right buttons for me. “Very very crazy” indeed!

~Number 2~
“Heading to Over” by OLDCODEX from Free! Dive to the Future 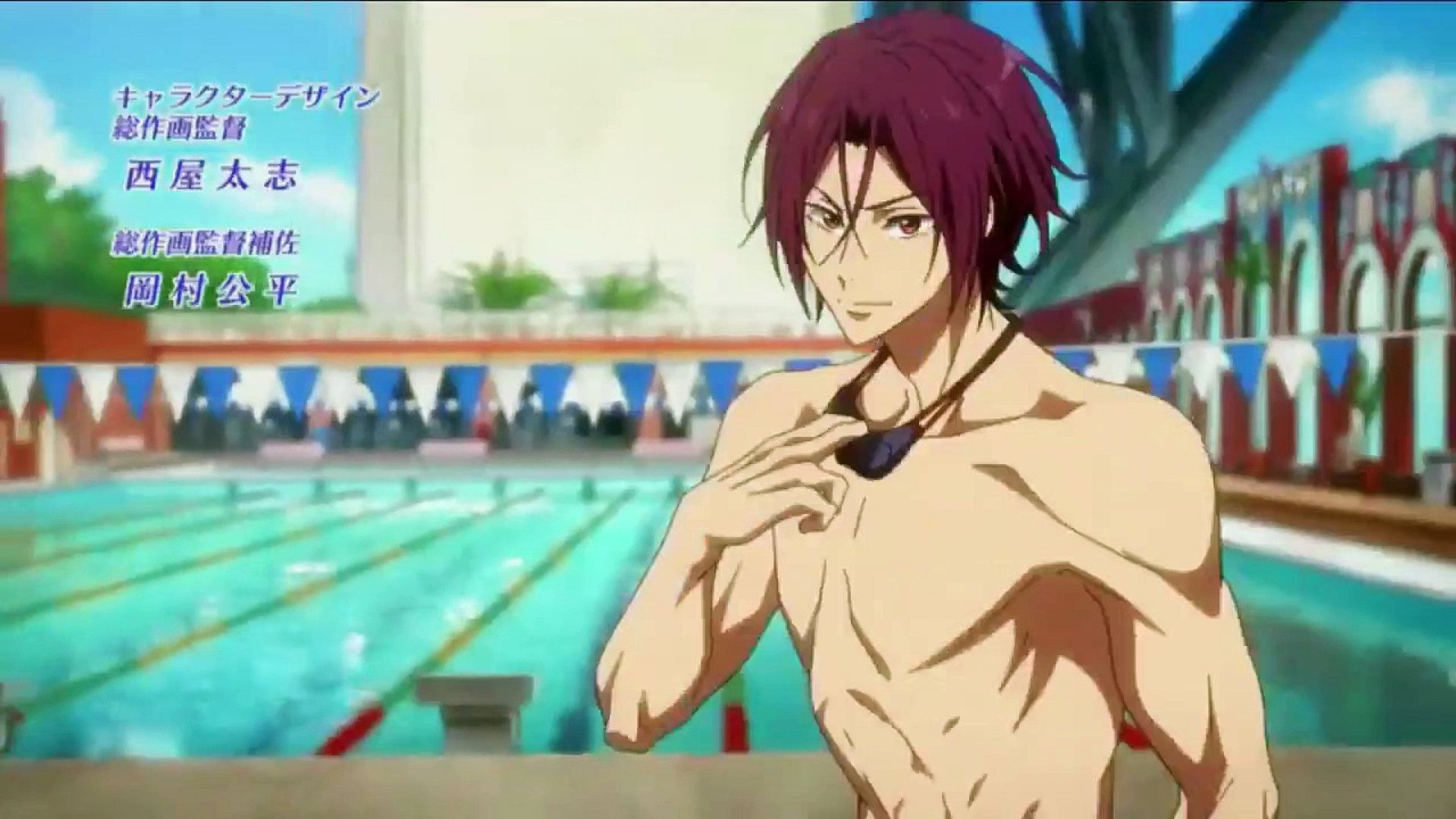 Why do all the shows I have absolutely zero interest in have such badass openings? I mean this song is actual ~metal~ and as an ex-metalhead (kind of) I just kind of wish a cute girl show would go full metal for once… (actually never mind, it happened in the ED list for this season and I was deliriously happy about it, you’ll see soon enough!) Back on topic, yeah, what else can I say other than this song makes me want to watch buff anime boys swimming in a pool… 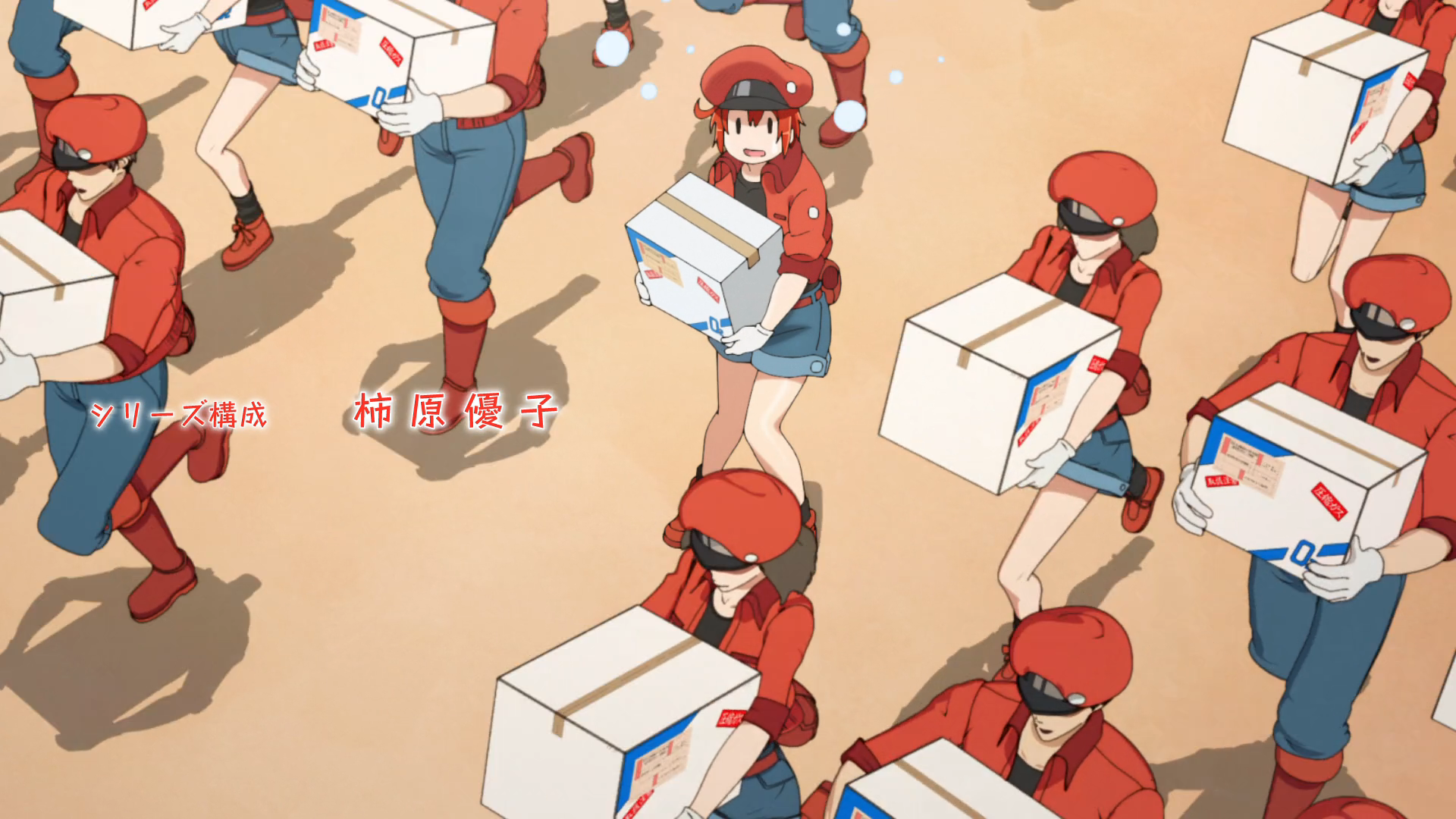 Gosh this song is cute! So why in the ‘Honourable Mention’s and not the list proper? Well, it kind of doesn’t really work as a song without the context of the show… it fits it perfect but it’s also very situational a great OP but not really a great song by itself. Makes it hard to rate objectively hence the ‘Honourable Mention’!

If you’ve been following along with these lists throughout the months you’ll know that I’ve gone through many musical phases throughout my life and while the different genres that I’ve listened to never truly leave my playlist the songs that seldom get the skip are the songs from my ’emo’ phase. And hearing this OP it was like I was 17 again and with all the angst and self-loathing and bad relationship decisions that came with it. I’m definitely getting an early Senses Fail vibe from this song and that’s absolutely a good thing. I never said these lists would be impartial–just comprehensive.