An Untold Questions blog about The One Liner Challenge (Anime Edition).

What’s this, ‘One-Liner Challenge’? Haven’t you done this before? Probably, but it feels like it’s been long-enough, beside this time I’m going to do it about anime instead of last time which I believe was about Books.

Fair enough, so who nominated you? Arthifis! Thanks again for the nomination!

And what are the rules?

Great, so let’s get this show on the road! 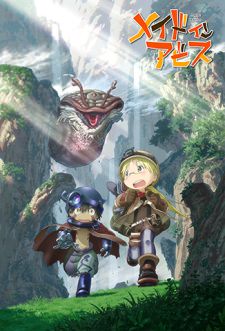 Made in Abyss
“Great, now I can’t even ride in an elevator without getting depressed…” 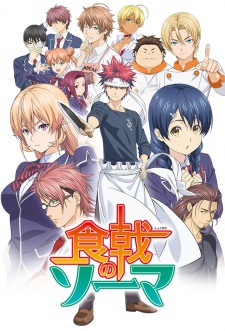 Food Wars!
“If ‘hangry’ is a portmanteau of ‘hungry and angry’ then this show makes me ‘horngry’.” 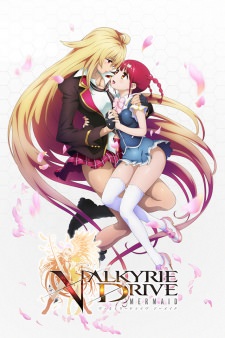 Valkyrie Drive: Mermaid
“Orgasms turn girls into inanimate objects, not the other way round like it usually is.” 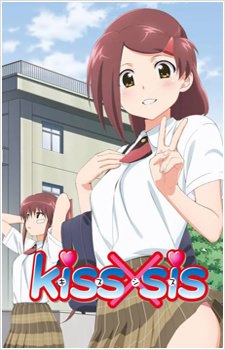 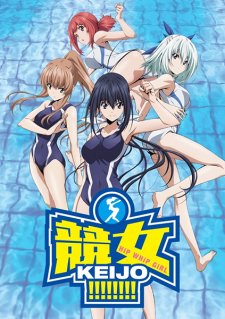 Keijo!!!!!!
“The only sport where the audience works up more of a sweat than the competitors!”

Okay then! Great, so what now? I have to nominate some people, as always, if you’ve done this before or just don’t want to there’s no obligation to do so!
Jenn
WeeaBroDerek
Spookyredhead
And if anyone else wants to do it, just message me and I’ll add your name and we’ll pretend like I nominated you from the start! I hope you enjoyed this post, I certainly had fun coming up with these little roasts! Thanks for reading!

Okay, what’s it about? It’s about a virus that infects some teenage girls; the Armed Virus which manifests in one of two ways, either it makes the girl an ‘Extar’ which causes them to transform into a weapon when sexually aroused or a ‘Liberator’, who are able to wield the Extar and thus possess great power.

Whoa, back up there a second. Girls ‘transform’ into weapons when sexually aroused? I think you’re going to need to be a bit more specific and also… huh?! Like a sword, or a gun, you know weapons.

Okay, fair. But do they at least explain how it works? Like is it magic or is it science, or… Nope!

I… ah, you’ll have to give me a minute to try and figure this out. Take your time.

Nope, it doesn’t make sense. But do go on, what’s the plot? You joke, but it does have a plot. These ‘infected’ girls are all kidnapped from their homes by a shadowy organisation and forced to live on an island with their own kind until their deemed fit to return to civilization. Of course it’s never that easy, the school hierarchy set up on the island is violent and corrupt, the girls are quick to temper, not to mention nobody’s actually ever left the island. It’s basically a prison full of hormone filled teenage girls who get each other off and then fight.

And you wonder why people don’t take anime seriously. It’s a good show!

I find it somewhat ironic that your previous review to this one was you railing on how sexist Darling in the FranXX is but this is fine. It’s not a coincidence that I decided to review this one straight after that rant of a blog post; besides, the fact that there are no male main or supporting characters on this show means the gaze is different. There aren’t any men objectifying the female characters, meaning their power, their goals, their ambitions, their hopes and dreams all come from their selves and each other.

No male characters huh? Not a one.

So, girls making out with girls in order to transform and fight? Are they all bisexual or lesbians or is that kind of thing not even touched upon? Ah! Here you see, there is complexity herein, our protagonist Mamori Tokonome (the redhead) is ostensibly straight, but she’s conflicted between what’s “normal” for her, i.e. heterosexual desires and interests, and the raw physical reaction she gets when she ‘drives’ with her partner Mirei Shikishima (the taller, blonde one). Who by the way, has a tortured backstory of her own, not that you even asked!

This is literally the first I’m hearing of her! What’s her deal then? Well she used to be a mercenary/assassin for the evil corporation that ended up sending her to the exile island, plus she lost her previous partner in their last mission and Tokonome reminds her of her, hence her immediate protective instincts when they arrive on the island.

You know, there’s some days I think I’m just beginning to understand anime and then there’s days… it’s like I’m back to square one. Also there’s a shy girl whose power is that she keeps growing in size while under stress until she ends up being like Godzilla sized! Oh, there’s so many gifs I wish I could show you but so many nipples!

Please, stop! Oh and this girl has N-cup sized breasts and can turn into a motorcycle!

Right. I’m going, bye now! But we’re not done yet, how am I supposed to wrap this review up?

Oh you’re a smart cookie, I’m sure you’ll think of something, or not, see if I care! These are seeming less and less like questions…

Taxi! For the shear absurdity and audacity of the fan-service it deserves a recommendation alone, assuming that’s something you can get past. The storyline isn’t remarkable but it’s serviceable and keeps a level of interest up throughout that other ecchi titles may not even bother with. Plus the bond formed between Mamori and Mirei comes from a place of genuine consideration for each other and they are genuinely likable characters. Just sit back and let the oppai wash over you, 73 out of 100.