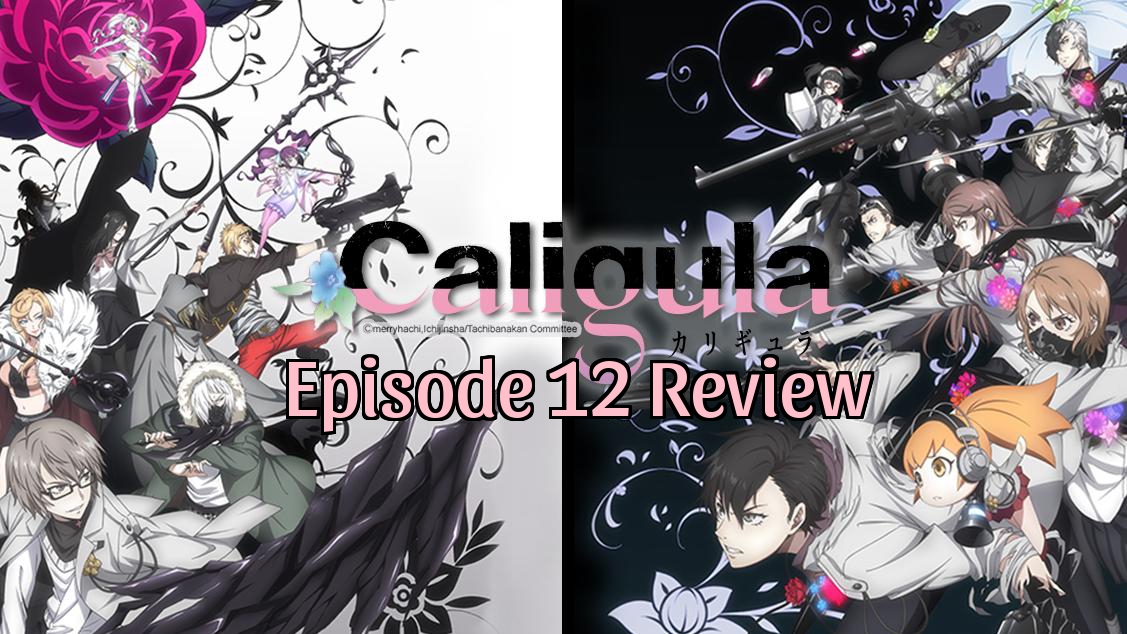 Well here we are… the season finale of Caligula, a show you’ve had strong feelings for—mostly good, but occasionally not so. Does the finale deliver or disappoint? It had every opportunity to fail, it could have easily fumbled at the finish line… but it didn’t! Thankfully! Though the opening few minutes had me fearing for the worse.

Oh, why’s that? Well, let’s just say it’s hardly the most flawless of starts, its clumsy and kind of silly—I actually audibly chuckled when I saw Ritsu and Aria flying through ‘space doors’ (not sure what else to call them) with gold sparkles shooting out their feet. It’s the kind of visual design decisions that maybe seemed like a good idea at the time but come across as cloyingly cheesy.

It’s almost hard to imagine what you’re talking about being executed well anywhere, let alone here. Exactly. And the cheesiness, while thankfully not ever-present does pop up from time-to-time throughout the episode, but it’s kind of unavoidable considering the kind of story they’ve wanted to tell and the resolution they wanted to give to the characters.

What do you mean by that? Well, spoilers obviously, but Ritsu re-enters Mobius to rescue his friends in the ‘Go Home Club’ from μ’s reign of terror and destruction. Aria has regained some of her powers and whisks them all away to safety with a few magic words, leaving Ritsu to monologue his heart out in order to bring μ back in line and smiling again.

And how does him talking to her save the day? Basically he lays out his feelings, his ideas about happiness and his various philosophies on life and yeah, it’s all perfectly relatable and understandable stuff—and even though it is a finale built around talkingrather than action I was hanging off Ritsu’s every word. Several times this season this show has proven that words are more powerful weapons than violence and I’m glad the show leant into this in its final episode because—at least for me makes a greater impact than just a messy action spectacle.

And does it work? Well it takes him stripping down his ‘fictionalised’ self and revealing his true irl form, and then confessing his love for her—but yes, it works and everyone lives happily ever after.

And that’d he the ‘cheese’ you were talking about then, huh? Pretty much, I still stand by the opinion that that this show would have been stronger if they’d lost a couple of characters a long the way, the stakes would have felt more real and the drama would have been more palpable. But I guess this is what in video game terms would be classified as the “good ending” where everyone lives and has learnt and grown stronger as people from their various experiences in Mobius.

So what’s your opinion on the ending as a whole? All in all I thought it was a very good ending—perhaps better than I expected—but then again my expectations were lowered by wariness. I don’t think this finale will change the mind’s of people who don’t like this series, but personally I think it told a story well—albeit slightly overlong, and I’m happy to have spent my time with Caligula!