So how are things in The Matrix? Yes, it’s easy to compare this show at least superficially to that once popular science fiction franchise, but it’s a lot more than that movie series.

But has it recovered from the “messy” third episode? And then some, yes Episode 4 is much improved over the previous one. Not the least because it decides to reference literature that hasn’t already been done to death in so many other medium and do it in an analytical and intelligent away, as opposed to last week’s ‘tea party’. 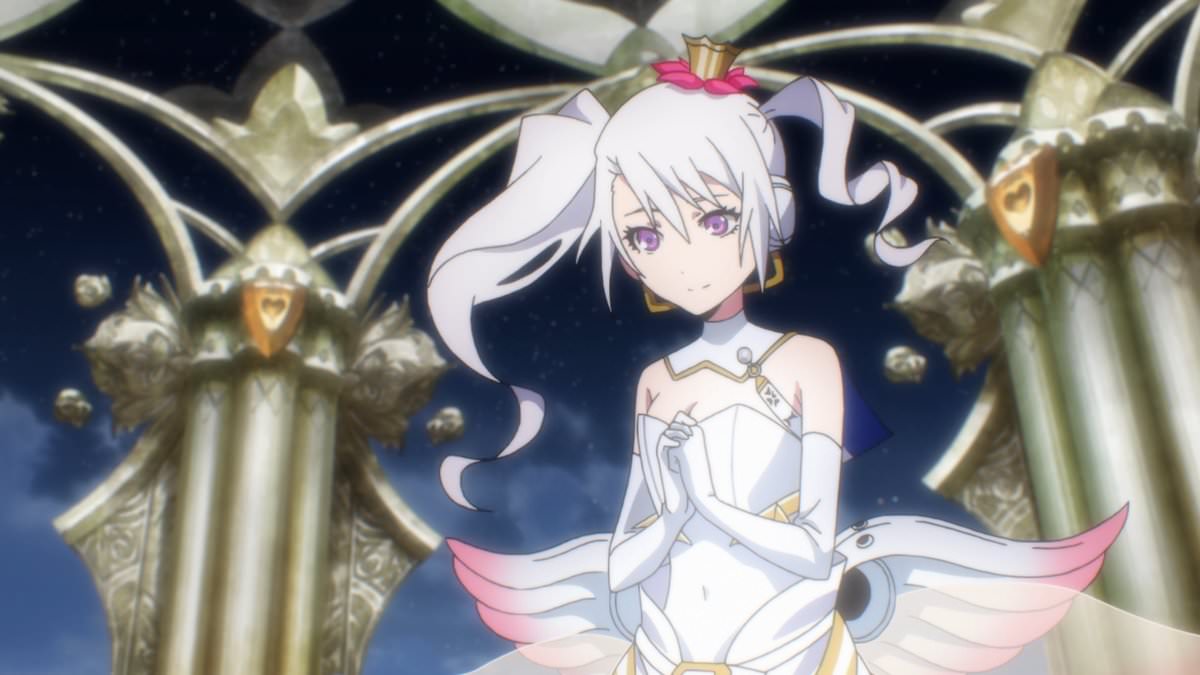 Right, so last week was Alice in Wonderland, what is it this week? Surprisingly, The Lord of the Rings, never thought I’d hear the name’s ‘Smeagol’ and ‘Frodo’ spoken by a cute anime girl but here we are! 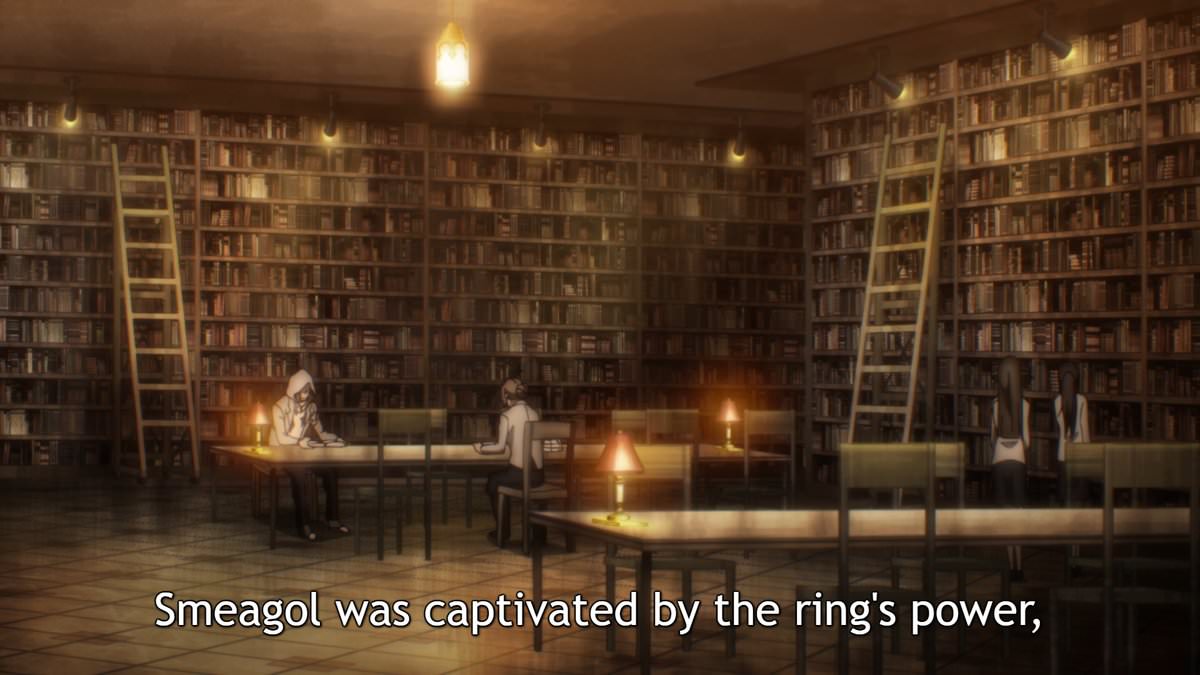 Oh yeah? So what’s the episode about specifically? It’s an intensely personal episode taking place mostly in a library. Marie is happiest when she’s alone, and while reading the Lord of the Rings she strikes up a conversation with a mysterious, cute-sounding boy who seems to say all the right things. They talk about ‘Smeagol’ and the painful tragedy of his existence, or perhaps… his intended and joyous death? Inevitably the conversation turns towards Marie’s own painful existence as an outcast and loner amongst her classmates and what it means to be on the outside, on what it means to be wanted. 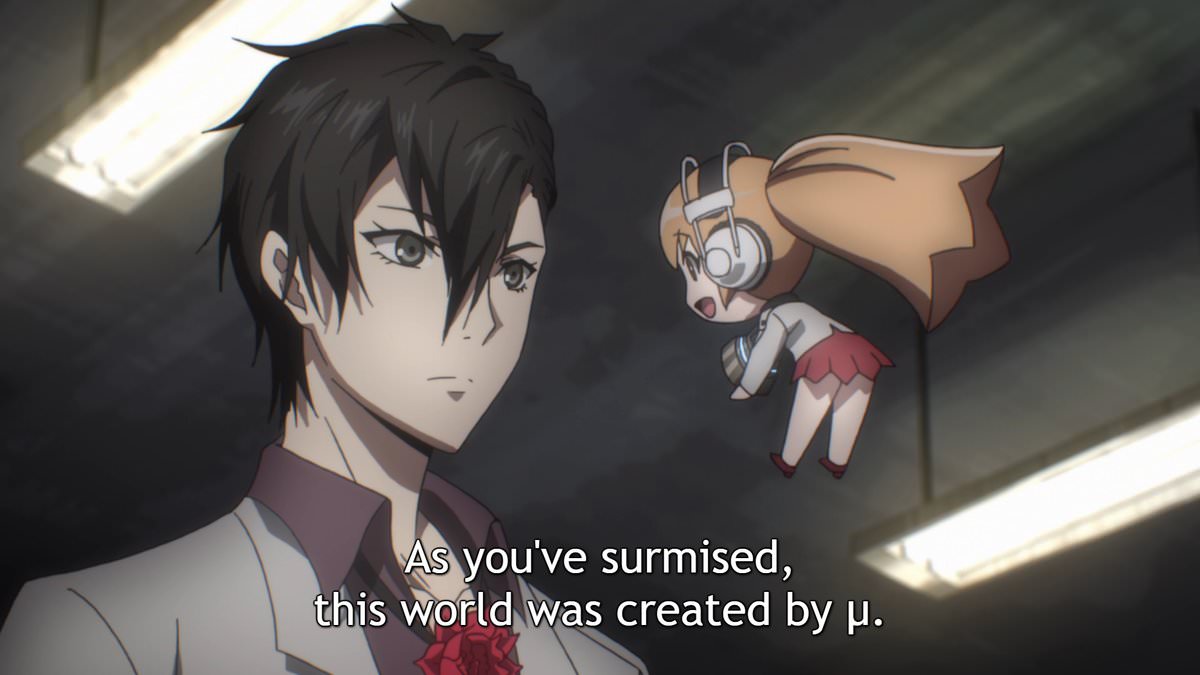 Sounds deep. At the risk of sounding pretentious, it is. I’d never bothered to consider the duality of Smeagol’s desires, and what possessing the ring really meant for the pitiable creature. But this review isn’t about The Lord of the Rings, it’s about Caligula, Episode 4!

And by the sounds of it, it’s back to being unique and learned and moody? Correct! This is the Caligula I fell in love with in the first episode! And even the Chibi-chan know-it-all Aria actually serves a genuine purpose here as we learn how her and μ created this artificial world for everyone in the ‘real’ world who was suffering from unhappiness. Aria, despite all that’s annoying about her design and what not is on track to become an enjoyable side-character! 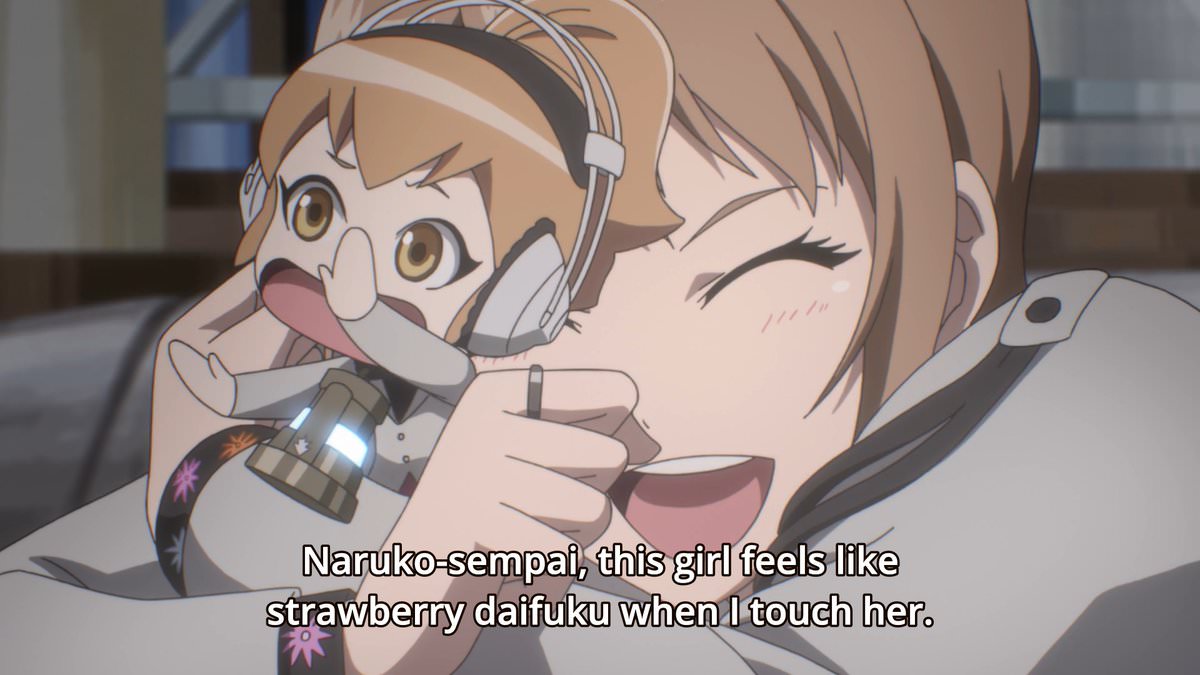 And in the end? Despite the impending threat of violence breaking out as Ritsu, Shougo and Kotaru storm the library looking for Marie and finding her at the mercy of the inherently appealing ‘Shounen Doll’ things aren’t ultimately resolved by a flurry of fists or aggressive words, but rather with one soul’s understanding of another and the simple offering of sharing a lunch with another lonely soul. It’s honestly a brilliant subversion and makes me believe in this show all over again! Do not be surprised if ‘Caligula’ ranks among my favourite shows of the season once all is said and done. 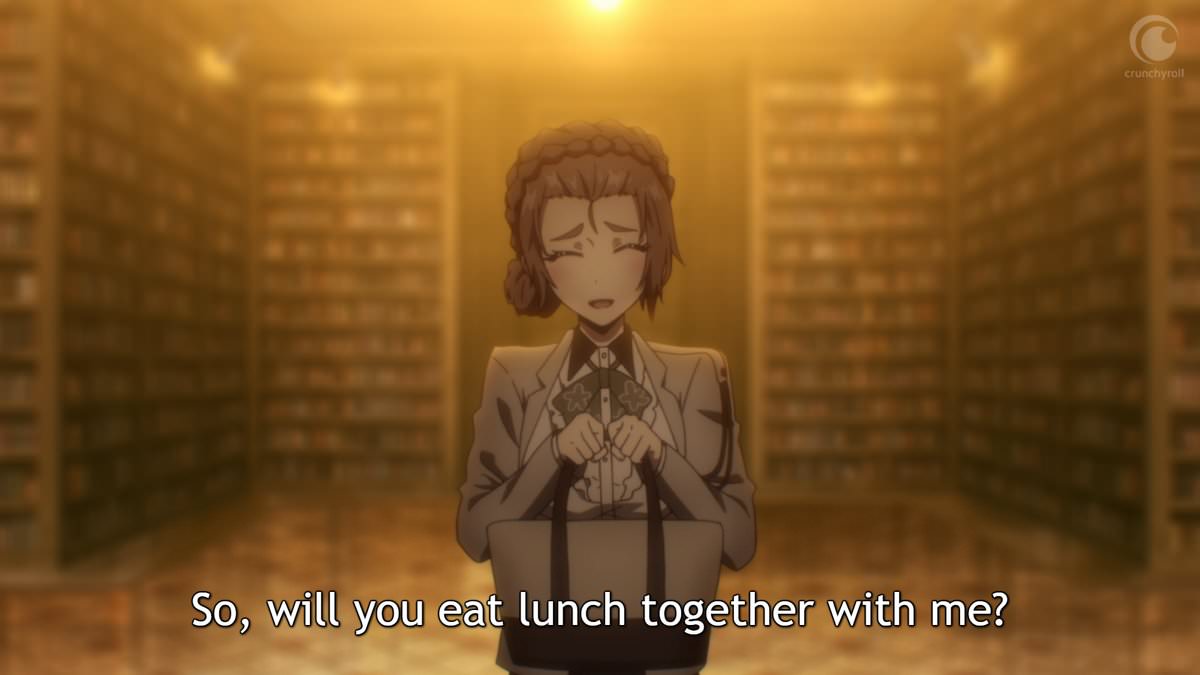