A community tag talking about Why I Still Love Anime

So there’s this wonderful ‘tag’ going around where people are talking about what their favourite things about anime are, their history with anime, how anime has helped them through life–just basically why they love anime. And Irina of I Drink And Watch Anime tagged me to participate!

Let’s start at the beginning, for a lot of people my age their first exposure to anime would probably be Pokemon–yes it’s a bit of a boring start but that’s how it was. It was 20 years ago (almost exactly) that the phenomenon took the imagination of children by storm in Australia (late 1998)–I was 10 years old and I was ~obsessed~, I had the Gameboy games (Pokemon Red ftw) I watched the anime on ‘CheezTV’ a cartoon programming block that I can still for some reason remember the jingle to. But it was the Pokemon cards that occupied the majority of my time–not playing though, I never played a single game believe it or not–but rather the collecting side. I had to “catch them all”, and I eventually did, completing the 102 cards that comprised the original ‘Base Set’ and to this day I still have the folder with all the cards in it. 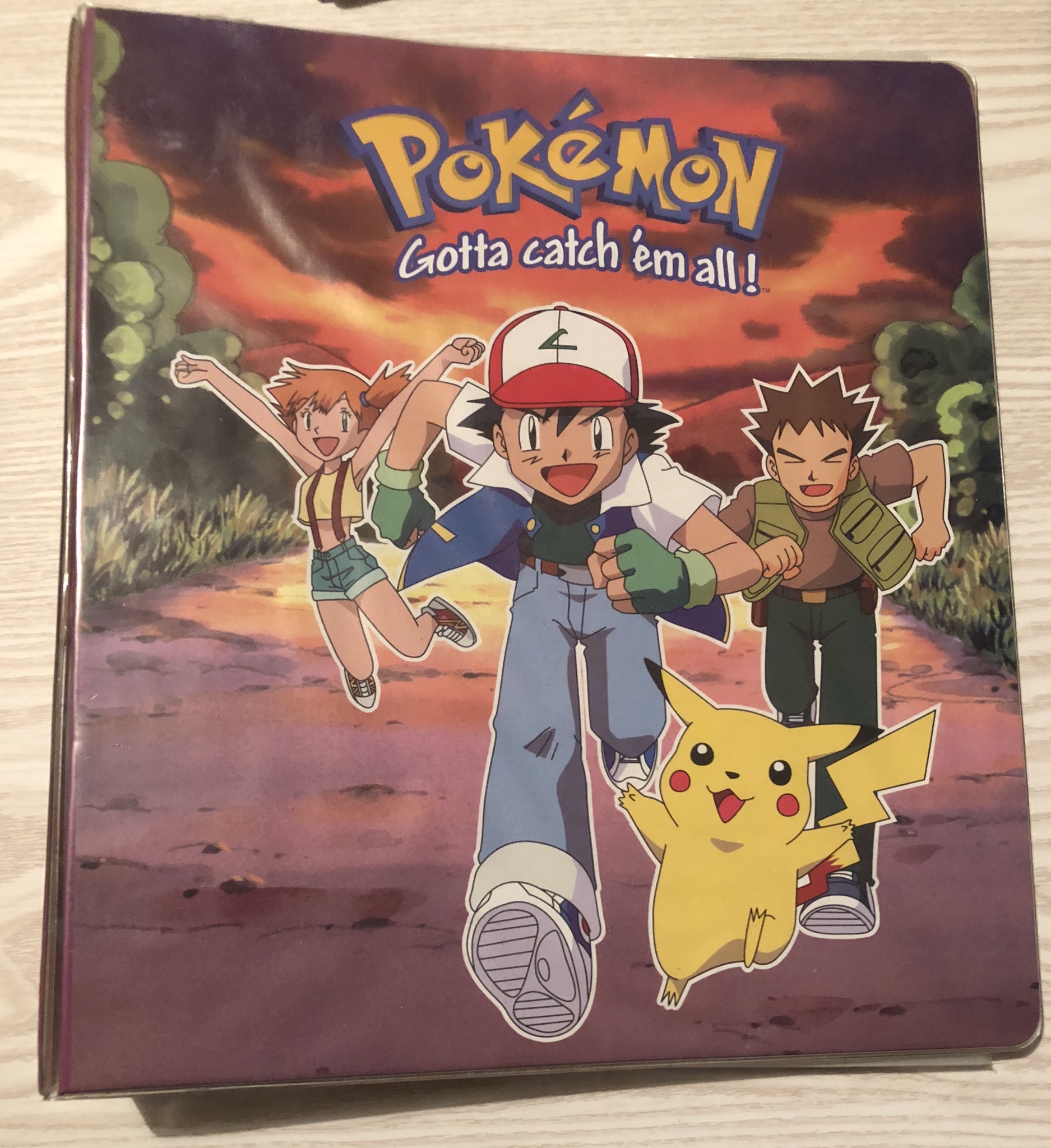 During this period of my life I was never obsessed with any one thing, I watched plenty of movies like artsy indie films to big-budget Hollywood stuff but anime was always there in a small amount. The first anime film I watched was a part of a 3 anime film DVD box-set that contained ‘Akira’, ‘Ninja Scroll’ and ‘Urotsukidoji: Legend Of The Overfiend’ and I didn’t much like any of these films, not even Akira. But this was 2002 we are talking about so maybe my tastes will have changed (though doubtful on Urotsukidoji).

Around 2003 I started collecting anime TV show DVD’s, it was an expensive hobby as a 26 episode season would be released on 6 sometimes 7 DVD’s and each DVD was $30, so you do the math! I don’t have the biggest collection, but I still do have them all. The first anime series I started collecting was ‘Noir’, an excellent series with a questionable ending–though again, this is based off my opinions at the time, a rewatch might change my mind. The second-one, and the one that probably influenced a lot of my tastes in anime going forward was ‘Azumanga Daioh’–a classic school slice of life comedy that I still find endearing to this day. While I collected anime on and off for a few years after that, I still never was obsessed. I got into Ghibli films along the way–as most anime fans do. But it never was a massive part of my life back then, just something I occasionally enjoyed.

Even after I stopped buying anime regularly on DVD it still found odd ways of finding its way into my life, during that all-too popular emo phase I went though in 2007 I had an acquaintance who had ~illegally downloaded~ copies of Death Note while it was still airing in Japan. I didn’t think much of the show at the time but that’s mostly because I was too preoccupied with trying to sleep with her to pay attention to the show. Oops!

Sadly from 2008-ish to 2016 there was almost no anime consumption to speak-of, save for showing the shows I already had (mostly Magical Shopping Arcade Abenobashi) to friends and gauging their reactions–I did that a lot with things, showing people weird shows or movies and seeing how they react. In a way it’s almost like blogging in real life, “here’s this thing, you should watch this thing, let me see what you think of this thing.”

And now we arrive at the turning point, where anime changes from being something that’s a small part of my life to my ~whole~ life. July 29th 2016 and it’s something as simple as me browsing the shelves of my at the time favourite store (JB Hi-Fi) for new blu-rays to spend my hard earned money on when I see an anime girl that catches my eye. I hadn’t really thought about anime in a while, I’d been too caught up with US television and pretentious films to really think about it. But here it is, Volume 17 of something called ‘Fairy Tail’ and the girl on the cover I later found out is the absolute bad-ass and sexy Erza Scarlet. So I go home, fire up Netflix, watch the first episode, and immediately it’s like I’m 10 years old, watching Pokemon again, it brings back the ~exact~ same feelings (except this time with more fan-service) and instantly I know I need more of this in my life!

Within a couple of weeks I have accumulated 20 volumes of Fairy Tail on blu-ray, in addition to buying up a bunch of older titles on eBay. Seriously my ‘Purchase History’ looks like I just woke up from a 10 year anime coma and had to get everything ‘big’ that I missed. Amongst the purchases were some heavy hitters like ‘Steins;Gate’, ‘Soul Eater’, ‘Blue Exorcist’, ‘Persona 4’, ‘Space Dandy’, ‘Machiko & Hatchin’, ‘Puella Magi Madoka Magica’ and ‘Psycho Pass’. And the majority of them I still haven’t even watched yet(!), because then in 2017 I discovered Crunchyroll (I mean I always knew about it, I just finally got a membership then) and then at the start of 2018 I started watching anime seasonally.

So while anime has always been present in my life, it’s only recently that I’ve come to love it as much as I do. And that’s how life is sometimes, do I regret all those anime-less years? Of course, a little bit. But maybe I wasn’t ready for it then, maybe I hadn’t reached the point in my life where I needed this new obsession, and it’s an obsession that’s lasted longer than any other. But that’s thanks to the breadth and variety and depth of anime I think that’s kept me interested, and looking at each new day and new episode with that same excitement and joy that I had all those years ago. And as long as I keep feeling that joy, I don’t think this obsession is ever going to end!

And that’s why I still love anime! I hope you enjoyed my read, as with most things I write it was a bit off the cuff so apologies if it’s a little rough. Also I’m not used to writing in a format like that, so yeah…

Anyway, as for who I’ll be nominating, apologies if you’ve already been nominated and if you don’t want to participate don’t feel obligated!

14 thoughts on “Why I Still Love Anime”