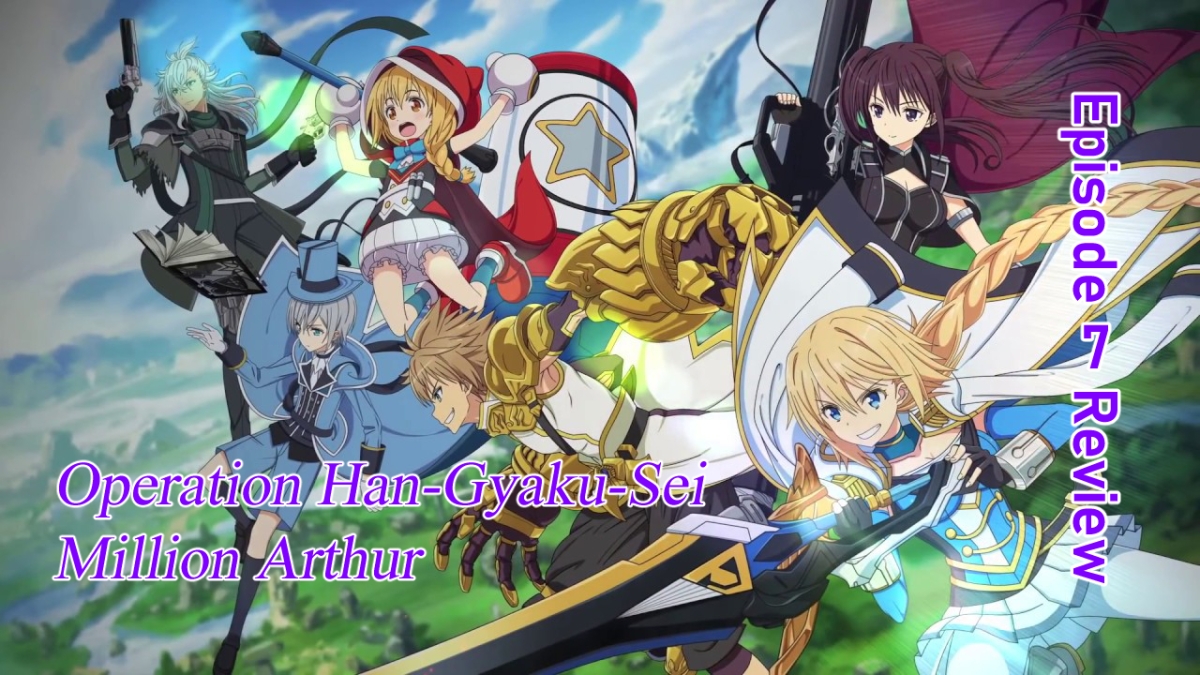 So how’s this episode? This show has a serious problem.

Oh, and what’s that? Me, apparently.

Well the first step is admitting that you’re a problem. But seriously, what do you mean? My enjoyment of any given episode wavers so wildly that at first I was like, “it’s the show’s fault, it should get better male characters!” But now I’ve realised it’s just on me for not liking the show’s male characters. Or rather, it’s not an issue of ‘not liking them’ they’re ~fine~ it’s just I don’t particularly care about them nor find them interesting, especially when the series is already stacked with interesting girls I want to see more of.

So I take it that means this episode is focused on one of the male characters again? Yes, Ruro Arthur, and you know at first I was like, “okay, maybe this’ll have some fun lolicon jokes” since his character is apparently a self-confessed lolicon and even in an episode where he’s masquerading (kind of) as the husband-to-be to a busty pie-making, flower growing lord there’s not a single joke of the sort–talk about a let down.

Feel like you’ve jumped ahead in the plot a bit. Care to explain what happens at least? Fine. So Ruro gets washed down a waterfall and the gang try and find him, meanwhile he’s rescued by Rose Blossom the aforementioned busty lord of a small town called Flora that produces the most beautiful roses in the region. But she’s being hassled to marry by some douche with weird hair by the name of Dokumida Dokudami (I’m sure there’s a joke there but I don’t know enough Japanese to get it, unless it’s just that his first name is almost the same as his last name). Ruro assumes that he’s an Arthur (mostly due to the fact that he wields a giant spanner) but as it later turns out, Rose is the Arthur and her pruning shears are the Excalibur. The gang shows up, there’s a fight between them and the douche’s henchmen, Ruro reluctantly destroys Rose’s Excalibur and that’s the end.

You don’t seem too impressed. There’s some good moments, mostly away from the main plot of the episode and to do with Dancho’s shenanigans. But everything else is just mediocre and it’s a shame because when this show is funny it’s really funny but I don’t even know what this episode was trying to be. It didn’t engender me to Ruro, it didn’t tell an interesting story and it didn’t offer nearly enough laughs in between.This is easily the weakest episode yet but in a series like this where nearly every episode is wildly different in both plot and character focus, I can live with it–I’ll just wait for the next episode to come along and enjoy that instead!