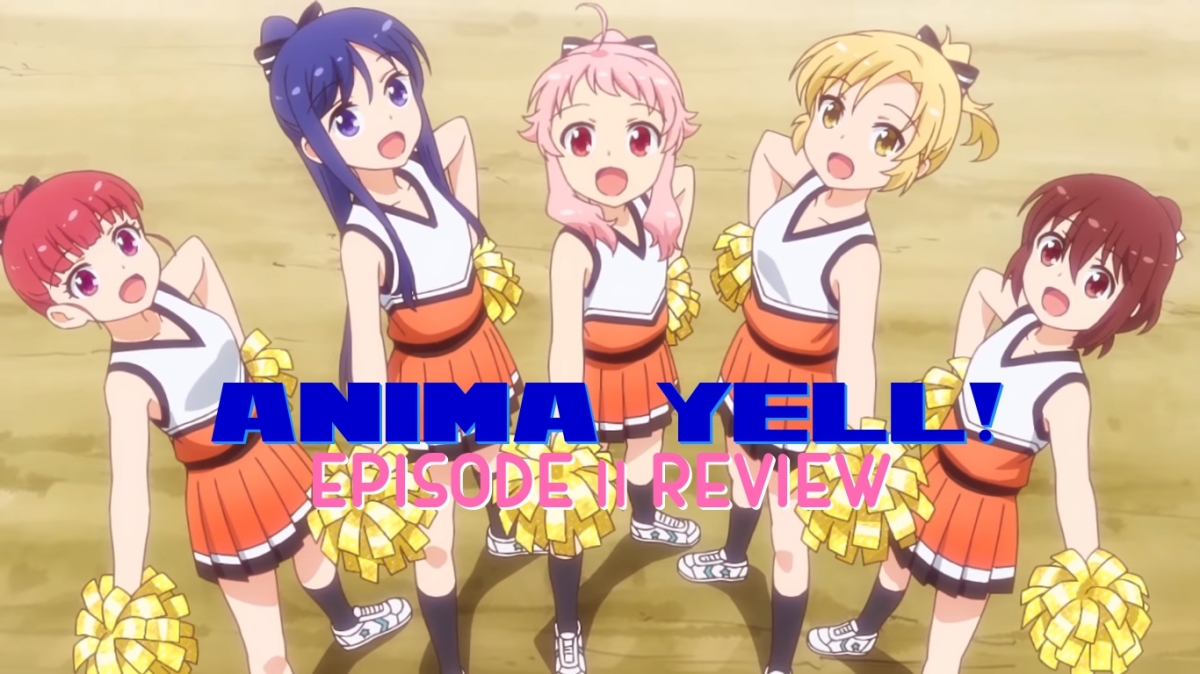 So how’s this episode? It’s a (continuation of a) beach episode!

Oh god… Don’t criticise, this show is wholesome and cute, nothing lewd about this beach episode! Well until they decide to practice shoulder straddling and Uki learns that Kohane will have her head positioned between her legs and let’s just say that’s a dream come true for the gay girl. And it’s not the only time a character’s ~gayness~ is reference in this episode too, but that comes a bit later.

Right. So what happens with the rest of the episode? Well they perform at the beach ~thing~ and that goes well, Kohane overcoming her trepidations about the shoulder straddle thanks to the power of friendship! Afterwards they get part time jobs over the summer so they can pay for new cheer uniforms (which we only see in a brief montage) and the rest of the episode takes place at the cheer shop as they try and decide on colours and patterns and designs.

Thrilling. You joke but its all the little character moment and jokes that make this series is so satisfying. Like Hizume’s “artistic” interpretation of her ideas for the cheer uniform and Kotetsu getting ~genuinely~ angry at the thought of needing a loose fitting outfit for if she gains weight. But of course that’s not all that happens at the cheer shop as the girls run into Suzuko and Tamako, a pair of twins who used to be on the same cheer squad as Hizume and Kana back in the day.

Oh? And is that the source of some drama? I’d say it’s the promise of drama rather than ~actual~ drama in this particular episode, these two girls seem a bit too passive in their personalities to actually drive any antagonism. What they do do is give us a bit more backstory to how Hizume and Kana were back on their old cheer team. Though the comment I was more interested in is how they straight up call out Kana on being “into yuri” which the too innocent Hizume confuses for her being into lily’s (the flower) as its the same word in Japanese.

And why’s that comment more interesting to you (aside from the obvious). Well it is the obvious that’s interesting to me. This show more than a lot of CGDCT shows that i’ve watched seems to lean into the actual gay rather than the implied gay, I mean obvious I’d prefer confirmed couples and dating and kissing, but having girls straight up saying they are into other girls is a nice step.

Fair enough. So overall thoughts? Terrific, honestly really enjoyed it (not that I hadn’t previous) but despite spending a lot of time in one location in the second half of the episode I was thoroughly entertained. And is it lame if I say I’m really looking forward to what they’re uniforms end up looking like? Probably, but I don’t care this show is just too damn ~kawaii desu~!